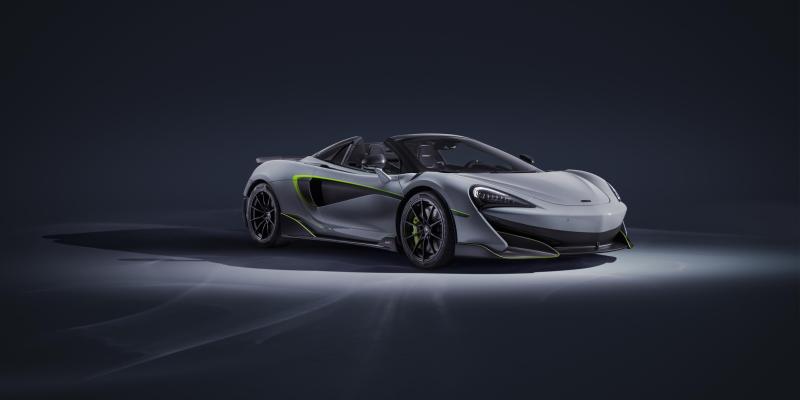 McLaren isn’t exactly a stranger to making special editions of their already special line up, but this one is important  – it’s a convertible.

MSO is building a bespoke 600LT to bring to the Geneva convention this year in a colour they call “Dove grey” with neon green highlights.

The McLaren 600LT Spider by MSO combines colours, finishes and materials that express in heightened form the drama of the 600LT’s aerodynamically-optimised body. The latest MSO creation follows in a tradition of spectacular MSO Bespoke supercars that have made their debut in Geneva over the past few years. 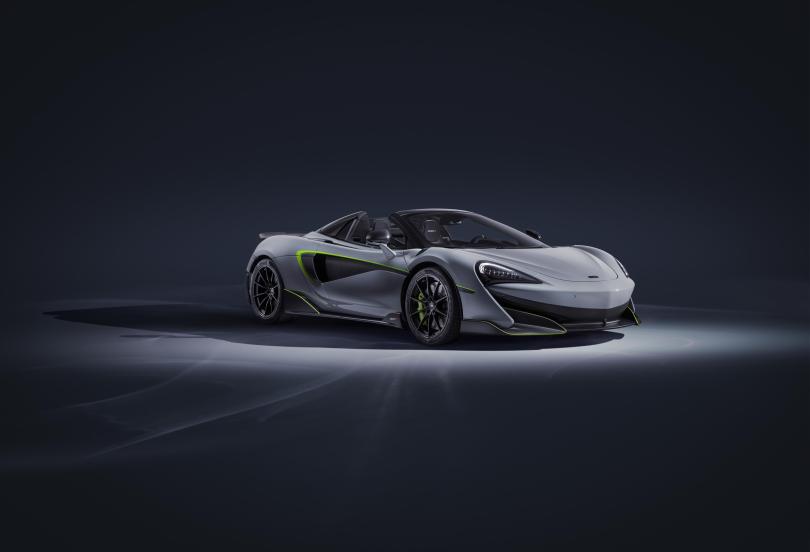 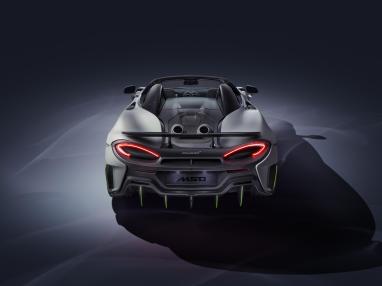 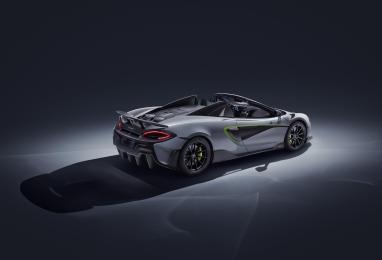 The dove grey body and green neon highlights are certainly the centre points of the car.  The Napier green references the 675LT which was, if you’ve got a good memory, one of the colours.

The car features the full suite of carbon fibre options, including the MSO Defined Visual Carbon Fibre Front Fender Louvres, the ‘gills’ that have rapidly become one of the most popular options for the 600LT.

The retractable hard-top is Carbon Black while the 10-spoke forged alloy wheels have a gloss black finish.

The car has also been equipped with many of the most popular features from across the Sports Series range including carbon fibre interior upgrade with interior components, door inserts and tunnel sides trimmed in the material, and McLaren Track Telemetry. 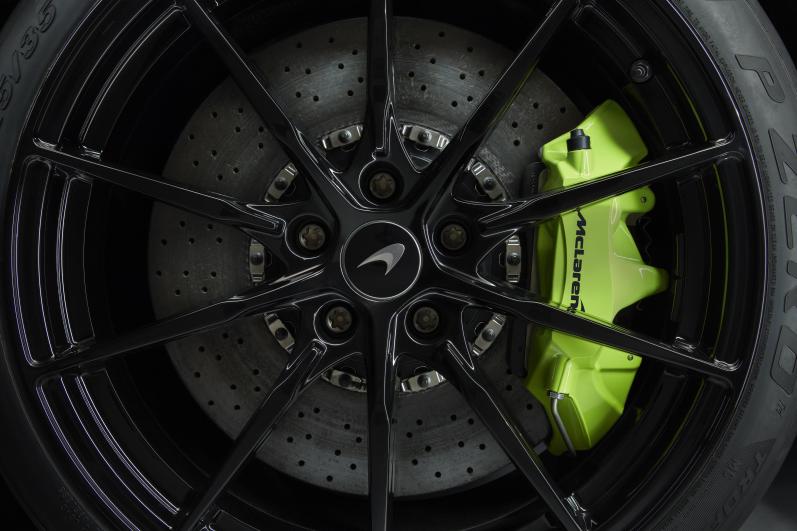 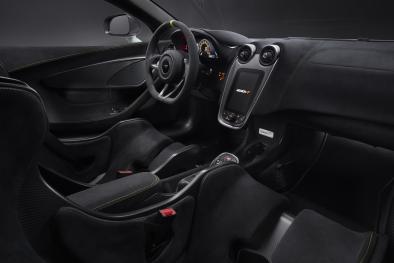 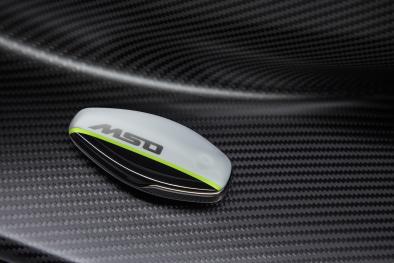 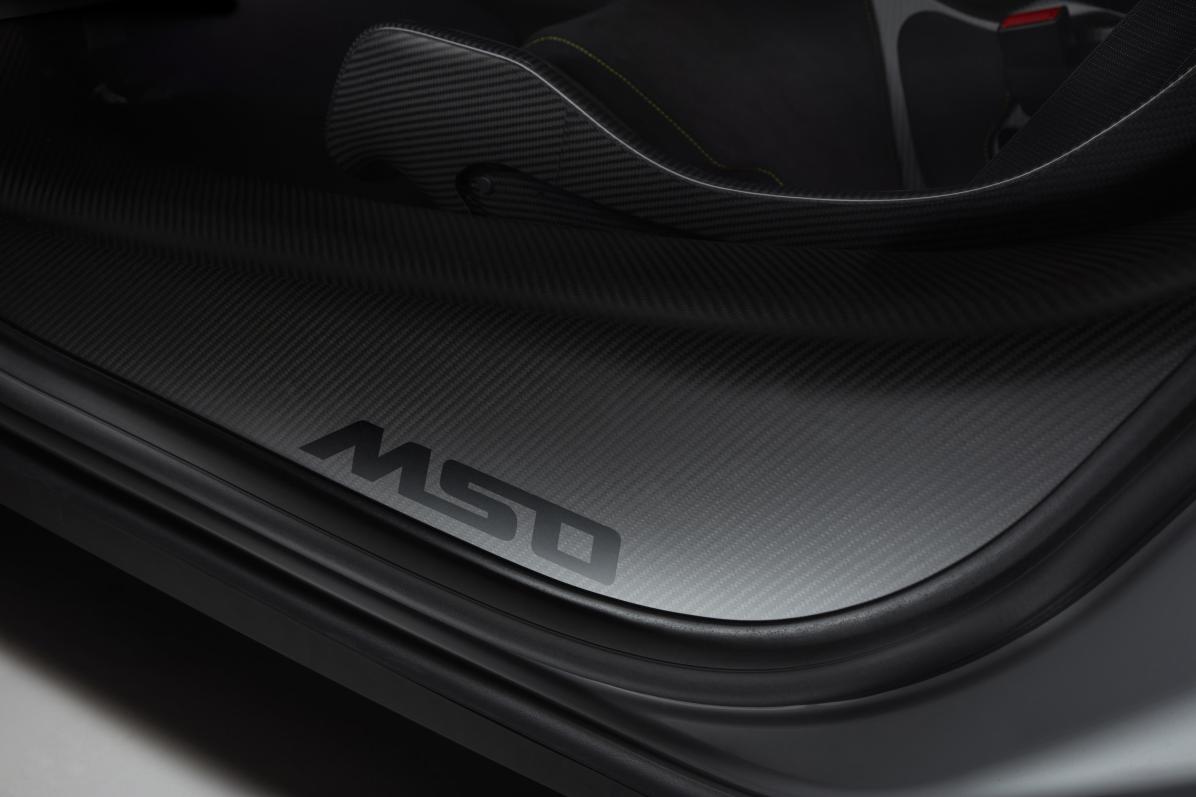 Graced with 591bhp from its 3.8-litre twin-turbocharged V8 engine, the 600LT Spider is lighter than any rival ensuring remarkable performance, with 0-62mph achievable in 2.9 seconds and a top speed of 201mph with the retractable hard-top in place. With the roof open, top speed falls by just 5mph while the driver’s connection with the car at any speed is made all the more visceral by the V8 engine’s top-exit dual exhausts close behind the occupants’ heads.