There have been many conversation points about the 2019 Formula One season, and one of the most controversial ones is the subject of Sebastian Vettel.

Vettel came into this season as the Team leader and had just finished second to Lewis Hamilton in the 2018 Championship. But as time goes on, it seems as if he has rapidly devolved into a shadow of his former self. And since France, he has been largely beaten by his young Superstar Teammate, Charles Leclerc aside his recent Singapore win.

But the question is… Why?

Sebastian Vettel has been in the sport for some Twelve and a Half seasons in Formula One. His Debut at the 2007 U.S GP Saw him score points in his first-ever race. This evident talent continued throughout 2007. And in 2008 he took the F1 world by storm after winning the Italian GP in Wet Conditions, in a Torro Rosso nonetheless.

Regardless of what you think of his Superior Red Bull through the 2010-2013 Seasons (Which was not so much the case through much of 2012), he looked undeniably confident in this era. Especially past 2010. Let’s not forget his complete, total and utter domination of the 2013 Season where he scored 13 wins,9 of them consecutively and in Dominant form.

But why is it in 2019, At the track where he scored his debut win mind you, did Sebastian spin-off (Again), and nearly destroy the Racing Point of Lance Stroll in the process? 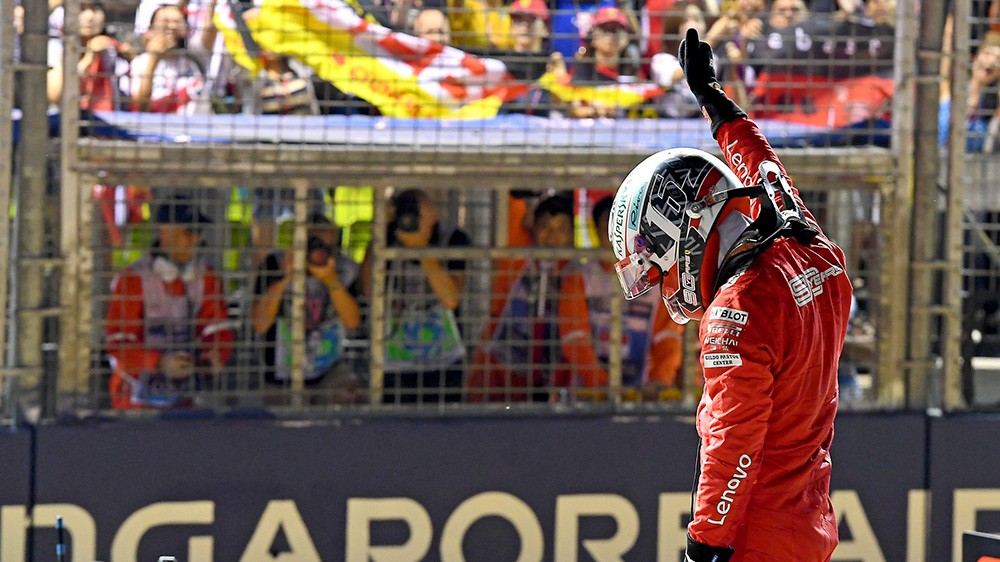 To try to understand this largely poor form(Which did not seem to be an issue pre-2018), we need to try to understand Sebastian’s Dreams in F1. Sebastian Vettel may be a 4 time World Champion, but there is one thing he wants in F1 above all else; A title with Ferrari. Sebastian has long idolized Michael Schumacher. Meeting him as a kid, watching his dominance in a
Ferrari, and even racing against him for 3 years. And he as always wanted to follow in his path.

This has seemingly proven to be one of the Causes of his recent dip in form. He seems to be trying so hard to emulate his Hero, that in the heat of the moment he breaks. Time and time again in the 2018 and 2019 Seasons have we seen Sebastian lose his cool while pushing for success.

Germany 2018 seems to truly be the beginning of his chaotic spiral (Literally at times) out of the spotlight, and the 2019 Italian GP is now the 5th race in 21 where he has spun out of a good position.

This protégée of the Red Bull Program seems so desperate to write his name
into the story of Ferrari, that he has somewhat lost the plot. And this ties into another point – His relationship with his Teams.

There is one thing that is certain about Sebastian; He is the Golden Child of the Red Bull Program. Daniel Ricciardo, Max Verstappen, both incredible drivers of the RB Juniors Program, don’t even come close to the History Vettel has with them.

Sebastian joined the Red Bull Junior Program in 1998 at Age 11. They wouldn’t even be an F1 team for 7 years. And in time he became the clear favourite of Red Bull, and had an excellent relationship with everyone in
the team. He worked in an environment of relative Harmony, and then Ferrari happened.

Ferrari is certainly not the same as Red Bull. Its history and stature are far greater than Red Bull.

And as Fernando Alonso put it “When you do well at Ferrari, everyone is happy, and when you do bad everything is exaggerated”. Sebastian “Left home” as Christian Horner said in 2014, and went to an entirely new environment which, outside of his desire to emulate his hero, does not seem to suit him well. 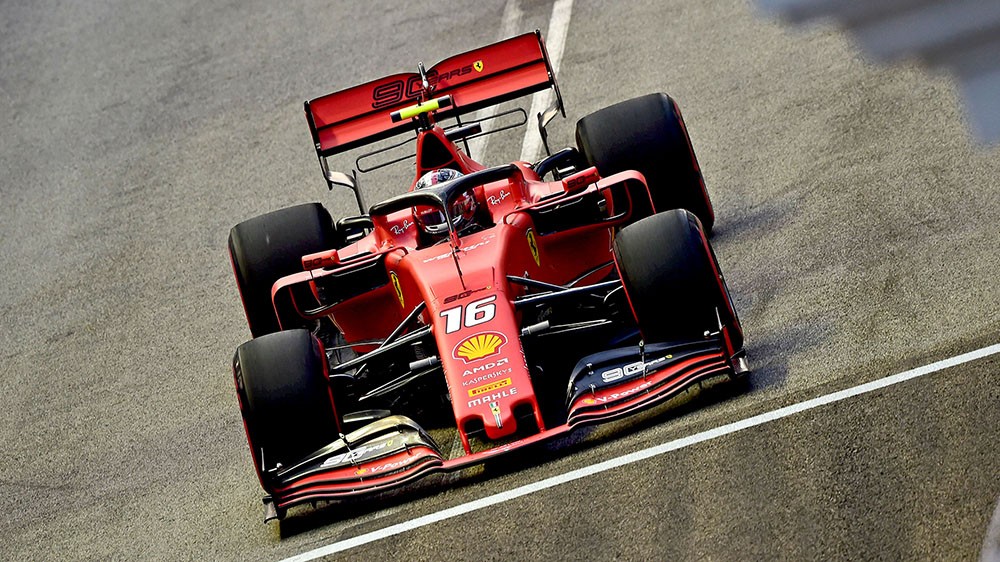 He is a fairly quiet and modest Man in a Team that is undoubtedly the most stressful to operate in, as well as having the most passionate fans.
Certain people have made this work, Schumacher(Although to be fair, his Ferrari era was basically Benetton 1.5) and Fernando, Who’s personality seem to fit it better are examples of this. But Sebastian has looked more and more out of place with it.

Now there is one more major area to consider; The Car. Sebastian has been indicated over time to like a stable rear end. The 2019 Ferrari has been indicated to not have this, and even towards the end of 2018 it was said that “upgrades” had made the Car worse feeling in
Vettel’s hands.

Charles Leclerc, who has just come off of the 2018 Sauber and previously 2017
F2 Car has coped with it far better and looks to have no issues with handling the SF90. Some would say that it hasn’t been since 2017’s SF70-H that Sebastian has had a Car he felt at one with.

In the end, there are so many factors at play. A man who is increasingly looking out of place with the Attitude and direction of F1, in a team that he is at purely to emulate his hero while driving a car that does not suit him.

Let’s not forget he has a Wife and Kids, and that brings up the old belief that you begin to change as a Driver once you have a family, which might be the case for Sebastian as he is indicated to care about them more than he does for a lot of things in this World.

Sebastian Vettel’s recent form is a seemingly confusing result of so many factors building up over the Years, and after his horribly frustrating result at the 2019 Italian GP in which his Teammate won, it seems like he’s suffered his worst failing yet, and we are yet to see how he will cope. But, with the recent in Singapore, could we see a return to form? 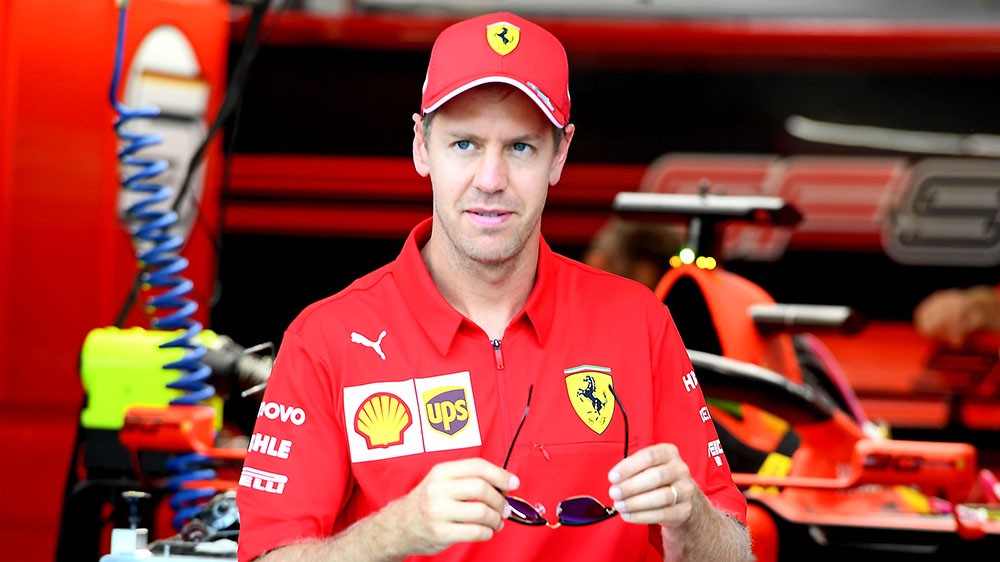