With Volkswagen adamant to introduce the all-electric I.D. line to their portfolio, driving their first ever attempt at an all-electric car, the e-Golf, looked to be the highlight of our day in Milton Keynes.

“Surely not? Compared to driving a good ol’ petrol fed GTI?” I hear you gasp.

Well, yes. The electric movement is coming whether we like it or not, so why not dive into the experience with open arms and an open mind? And this isn’t difficult when you first lock eyes with the e-Golf.

It doesn’t give much away from a quick glance – only when you look closer do you notice the subtle blue accenting, the ‘e-Golf’ badges, and the low drag wheels. Suddenly this electric lark doesn’t seem too daunting when the car doesn’t look like an extra from WALL-E. I’m looking at you, BMW i3. 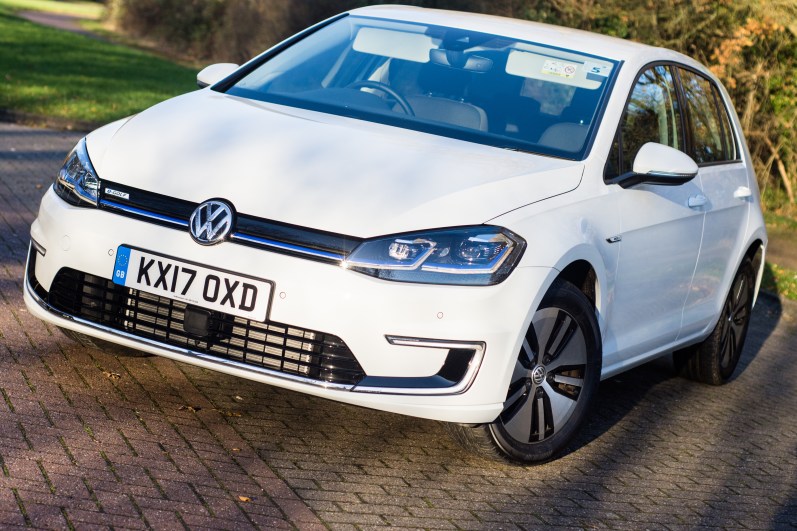 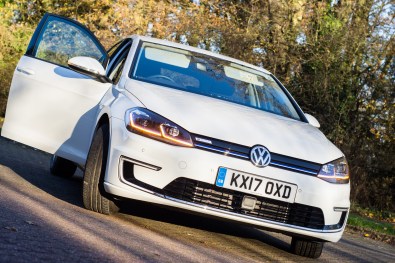 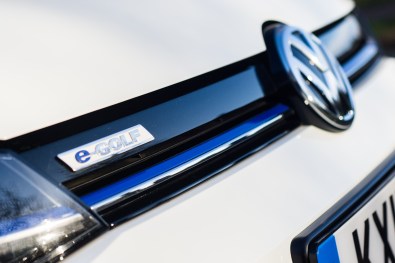 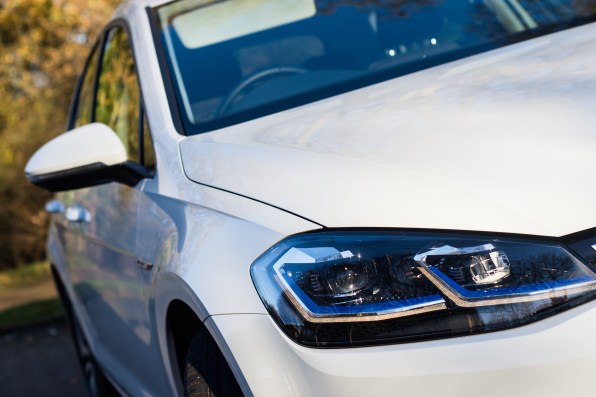 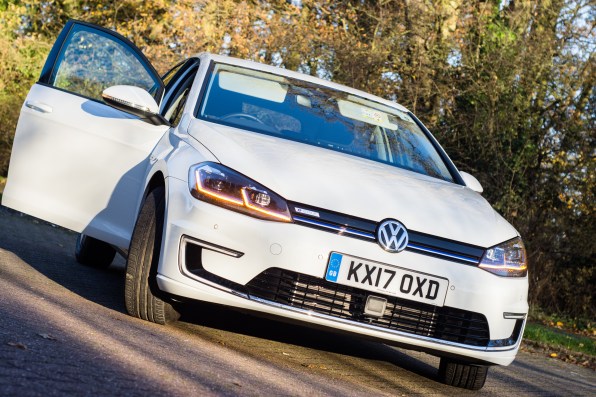 As expected from our German friends, interior quality is top-notch, and there’s still nothing that gives away the fact that there is 318kg of battery lurking beneath your feet. That’s until you prod the on button and the faint whirr of electricity fills the cabin instead of the purr of petrol or diesel explosions.

VW says the electric motor sends 134bhp and 214lb ft to the front wheels and that 60mph comes in at under 10 seconds, but it feels more powerful than that due to the immediate torque. In fact, there’s such a surge of torque to the front wheels that I regularly saw the traction control light illuminate.

Like a normal, ‘engined’ Golf, it’s a pleasure to drive and will cruise at 70 with little drama. The ride is smooth, if a bit wallowy, but its responsive steering and low centre of gravity allows you to pitch the car into a tight corner and slingshot out of the exit with a feeling of near weightlessness that accompanies its immediate torque. 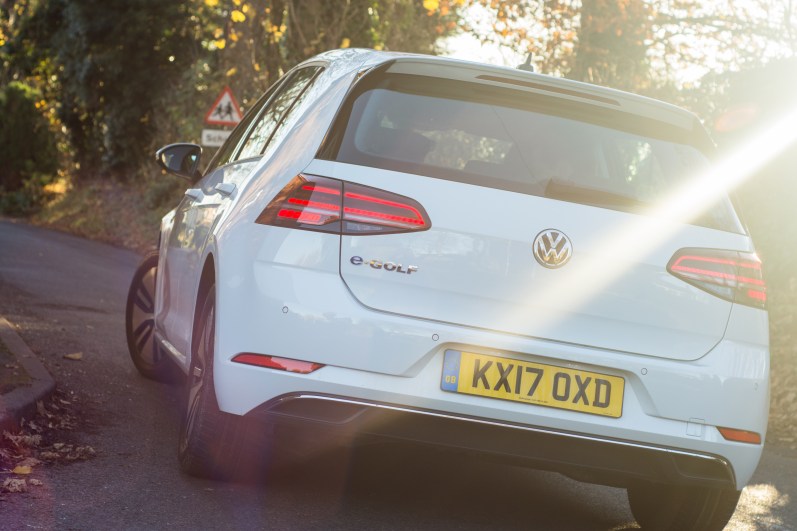 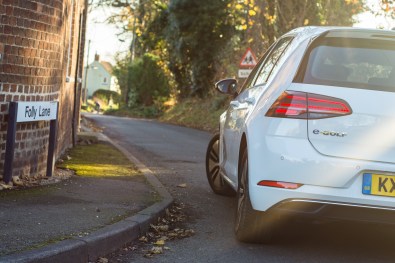 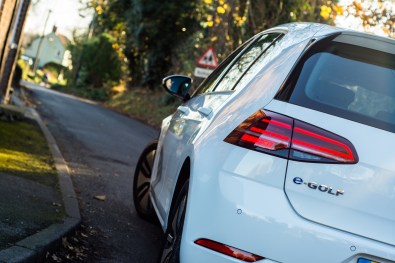 At higher speeds this instant torque is numbed, but it’s still perfectly capable of a swift overtake on a dual-carriageway and will hustle along further to its top speed of 93mph – fast enough for a ticket on any UK road. Coming to a stop was a different matter.

Instinctively, I was mistrustful of the idea of regenerative braking, and within the first twenty minutes of driving the car I found it fairly difficult to modulate the braking force. The braking performance was plentiful – certainly for a city driver – but I sometimes found myself lurching forward with the slightest graze of the brake pedal. VW have an answer to this however, as pushing the automatic gear stick to the left increases the rate of natural regenerative braking. 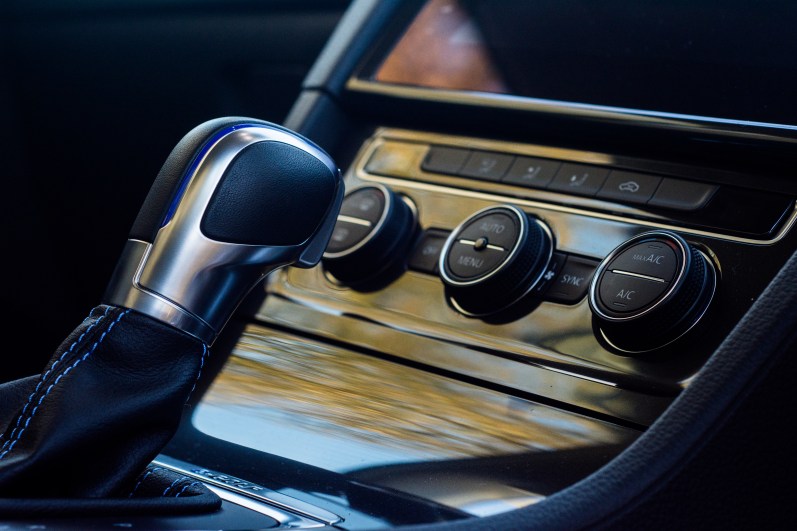 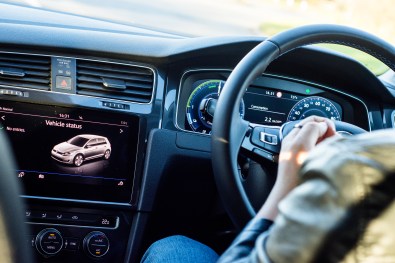 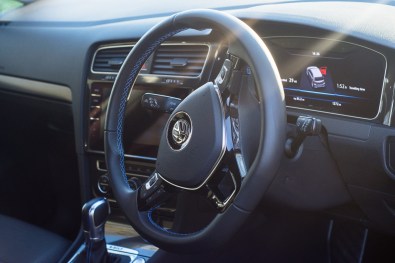 It’s an odd sensation at first, especially at the maximum level, but means for smoother braking and of course, a larger range. The range as it stands is a modest 186 miles, but in its favour, it stood up to a full day’s assault of journalists ragging it around tight country roads before it needed to be charged in the evening. Unfortunately, a full charge from the mains requires 17 hours, but 45 minutes with a fast charger can give you 80% to play with.

Prices start at £27,690 which includes the £4,500 government grant, putting it inline with the Nissan Leaf and the BMW i3. I know which one I’d rather have, but it all depends on how much of a fan you are of Pixar films. 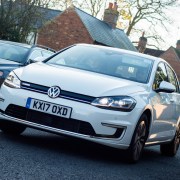 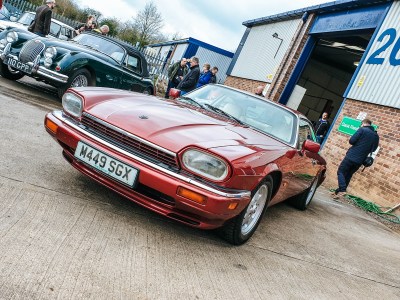 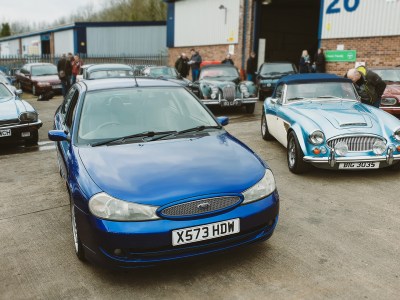