Operating from 1987 until 1999, the Mid Night Club was one of the most notorious and highly respected street racing clubs to ever grace the Wangan highway between Tokyo and Yokohama.

Knowing about the almost mythic street racing team known as the “Mid Night Club” is essential knowledge for any fan of the Japanese street racing scene or the late 80s and 90s Japanese car culture that was bustling at the time.

The Mid Night Club was founded in 1987 built on a strong code of ethics to prevent any members of the club endangering a member of the public or any other members of the club. Mid Night had high entry requirements, the minimum requirement being that you had a car capable of going over 250km/h (160 mph). Although this is a minimum requirement, you will be at the back of the back as the Mid Night Club used to race along the Wangan highway between Tokyo and Yokohama at sustained racing speeds of upwards of 300km/h (190 mph).

Common cars in the club were Italian exotics such as the Lamborghini Countach or the Ferrari Testarossa, and local heroes such as the Nissan 300ZX, Nissan GTRs, the Toyota Supra and the Mazda RX7. Once you were accepted into the club, you were an “apprentice” member for the first year, and you would have to attend every single meet to keep your membership status and to become a fully fledged Mid Night racer. Only 10% of the apprentices would go on to become a true member, that’s a pretty high turnover rate for the most notorious street racers to ever grace Tokyo’s streets. 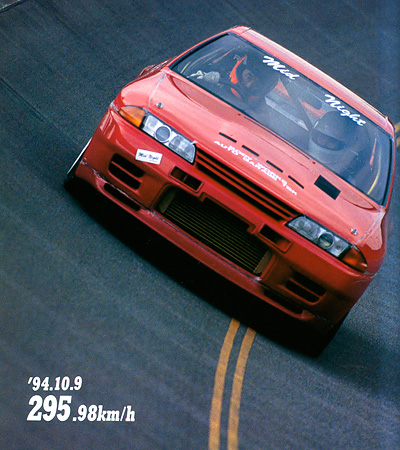 In a rather classy fashion, the Mid Night club only operated on a first name basis and did not allow club members to chat about each other’s professions in an attempt to keep a basic level of Anonymity between them, if you joined the club with a friend then you were encouraged to keep tight-lipped in the presence of other members. Only on two occasions has a members profession been revealed, both in an interview for the magazine Max Power where it was revealed that a driver of an FD Mazda RX7 was a Property Developer, and the driver of an R32 Skyline GTR ran the family car sales business. It is believed that a lot of the long-standing established Japanese tuning shops are owned, or were founded by previous members of the Mid Night Club.

In order to organise a meetup, the club leader would agree at the previous meet that all members would look for a specific type of advert in a local newspaper specified by the leader. These adverts would contain secret messages that the members would look for to know when and where to meet up. One example of an advert would go something like this:

“For sale: Small handbags at discount prices. For more information, I am available for meetup at Daikoku Parking Area on Thursday, between 11PM and 2AM. Thank you.”

This advert in the local newspaper would let members know that the meetup will be happening between 11PM and 2AM on a Thursday at the Daikoku Parking Area, which has become a dedicated area for Street Racing gangs to meet up in the city and become a mecca of the Japanese car scene.

Unfortunately, the Mid Night Club met an untimely end when the local Bōsōzoku biker gang (A Motorcycle gang culture in Japan based on rebelling) decided to try and play with some Mid Night members on the Wangan as they were racing. A few members of Mid Night decided to give chase and a race between the Mid Night Club and the Bōsōzoku began. Because of the high speed nature of the club, the race quickly got out of hand with the Bōsōzoku members leading the group into a high-traffic area, where an unfortunate accident occurred which killed two members of the Bōsōzoku club and hospitalised 8 motorists, 6 of which were innocent civilians and 2 presumed to be Mid Night members.

Due to the clubs ruling on not endangering motorists, and this being an incredibly high profile incident the club was disbanded immediately. Cars involved in the gang were hidden away or destroyed, and the members are still reclusive today and do not speak about the club or any activities they took part in. 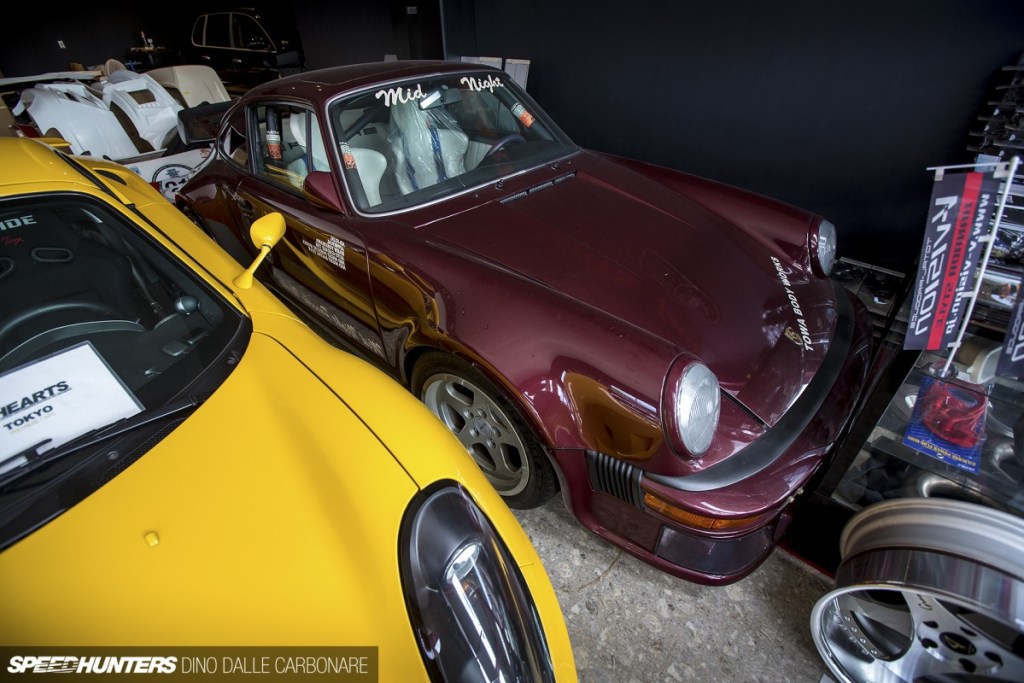 We wouldn’t be able to talk about the Mid Night Club without speaking of one of it’s most famous vehicles: The Yoshida Special 930s. This car was owned by one of the members of the club who was rumoured to be studying to become a Doctor before they settled down and ran their family business. It has been reported previously that the car had $2 Million dollars put into it to increase its performance capabilities. 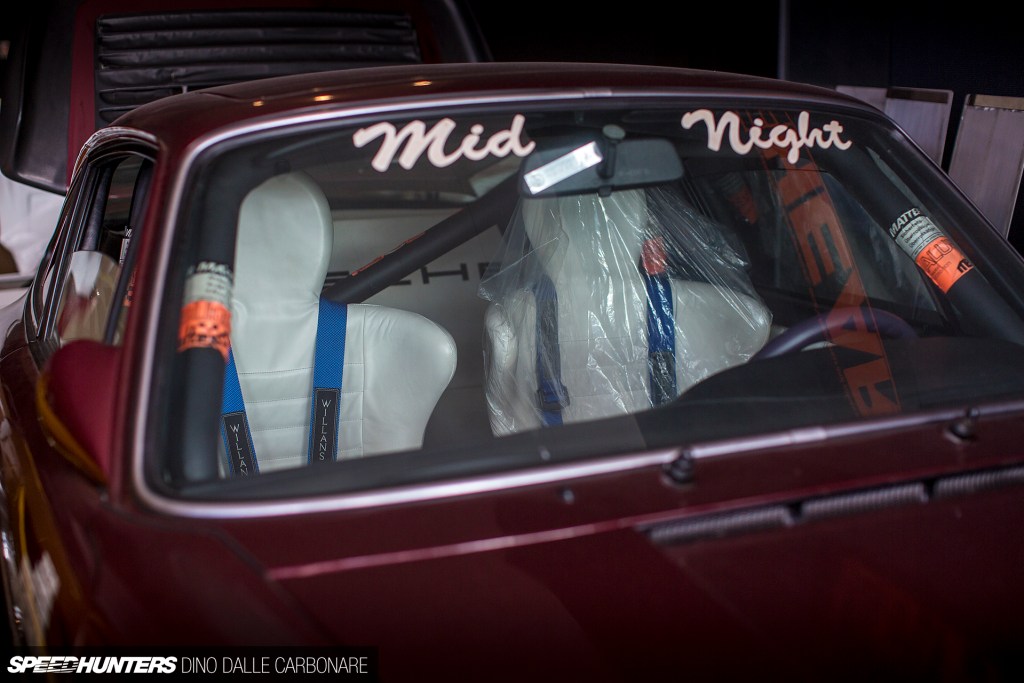 Although we won’t go into detail here because our colleagues over at Speedhunters did an excellent job of covering this beautiful car, here are some of the basics: The car featured a 3.6l Stroked Turbo Flat Six engine which was rumoured to output between 650HP and 700HP. It also featured some weight reduction modifications such as bucket seats, and to aid aerodynamics had some low-drag wing mirrors and didn’t run any windshield wipers to avoid any unnecessary drag. 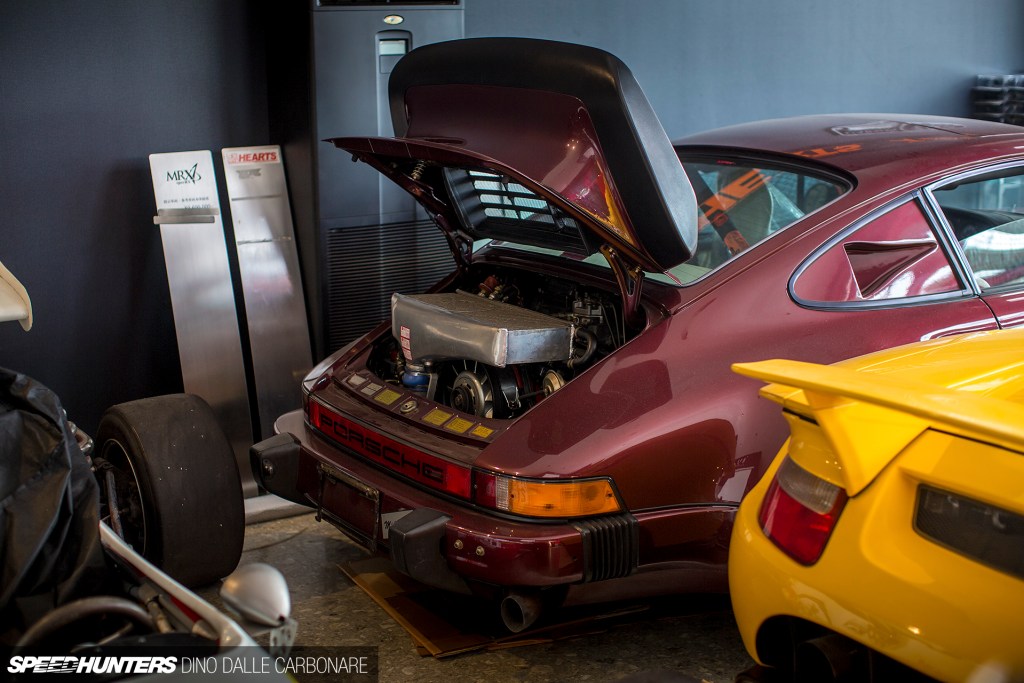 The car also featured large cooling ducts to feed the thirsty engine some of that sweet sweet Wangan highway air that it so desperately needs to avoid blowing up at 300km/h.

This car was created by Yoshida-san to dominate the Wangan highway and also to rival the RUF “Yellowbird”, which is where its nickname among popular culture of “Blackbird” came. Unfortunately, it never managed to reach the 347km/h benchmark set by the German tuning house, but it gave it a good run for its money. 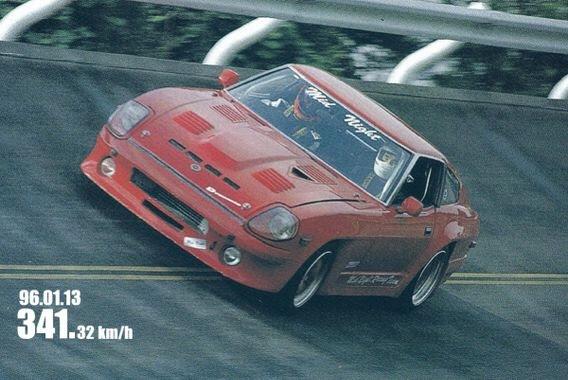 We can’t speak about the Blackbird name without bringing up the Yoshida Special 930’s most infamous rival in the club: The Air-Breathing Research Hosoki Z-Car, which was a Naturally aspirated Datsun 280ZX which featured a 630BHP L30ETT engine. This would be the basis for “The Devil Z” in the Japanese anime “Wangan Midnight” which depicts the rivalry between the Blackbird and the Devil Z, racing along the Wangan Highway and the C1 loop throughout the night at speeds upwards of 300km/h.

Other Mid Night Club vehicles and members have been spotted around the internet, and taking their cars out every so often such as a Lamborghini Countach which was unfortunately crashed at a track day in Japan, where it’s Mid Night Club stickers were immediately removed upon its arrival back to the pits. Speedhunters featured the car in an article but removed the article a few days later at the request of the owner and the remnants of the club as to further the disbandment of the club.

We won’t show the images here either out of respect for the owner. Other cars have been spotted at car meets such as a Nissan 300ZX which was spotted at the Nissan Nismo Festival at the Fuji Speedway circuit this year. 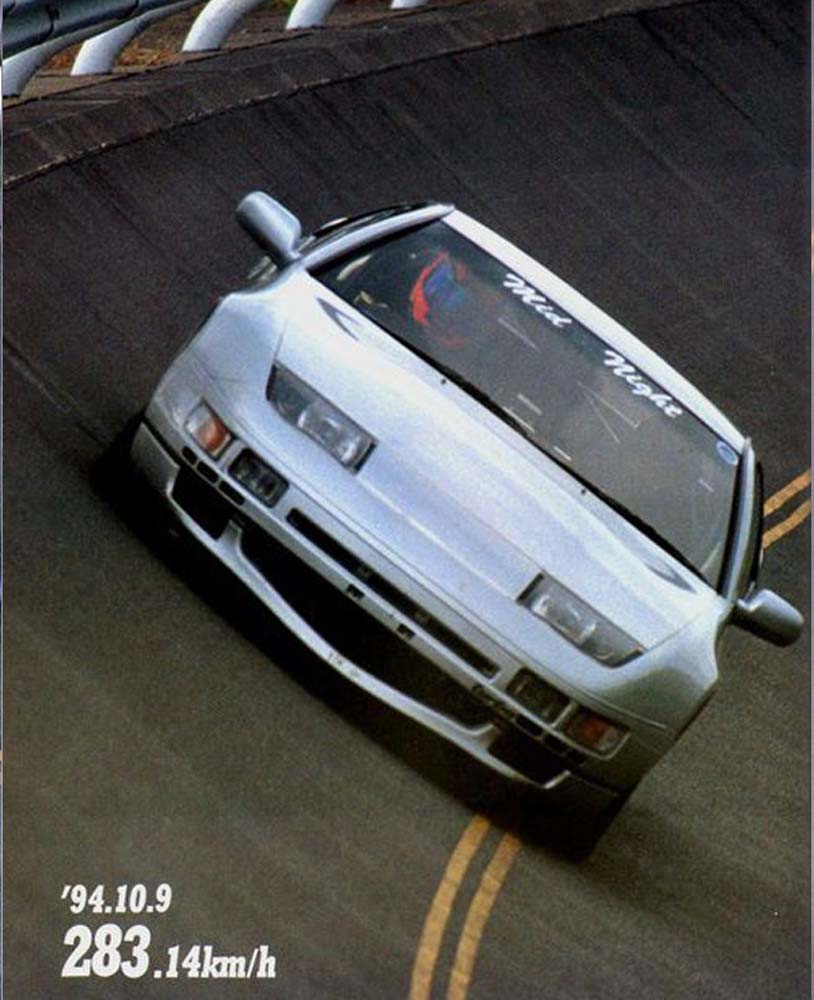 In November 2020, the Mid Night Club came out of hiding for the first time since they disbanded before the turn of the millennium. To read all about it the return of our street racing heroes,  read the up to date article.

Fancy something to watch?