When I think of karting the first thing that comes to mind is my local indoor track where people of all ages and backgrounds attend to get their adrenaline fix. It usually comes in ten-minute spurts in under-performing machines that struggle to hit 40mph on a straight. Not to mention the apparent cost outlay which always seems expensive at £1+ a minute!

As a child I attended several karting championship races at the home of Jenson Button and other world famous drivers, Buckmoore Park. My father had the intention of letting me take to the racing seat. However a combination of unfortunate events forbade the chase of that dream! Over the years I mostly forgot what a true kart race was like. Until Now! 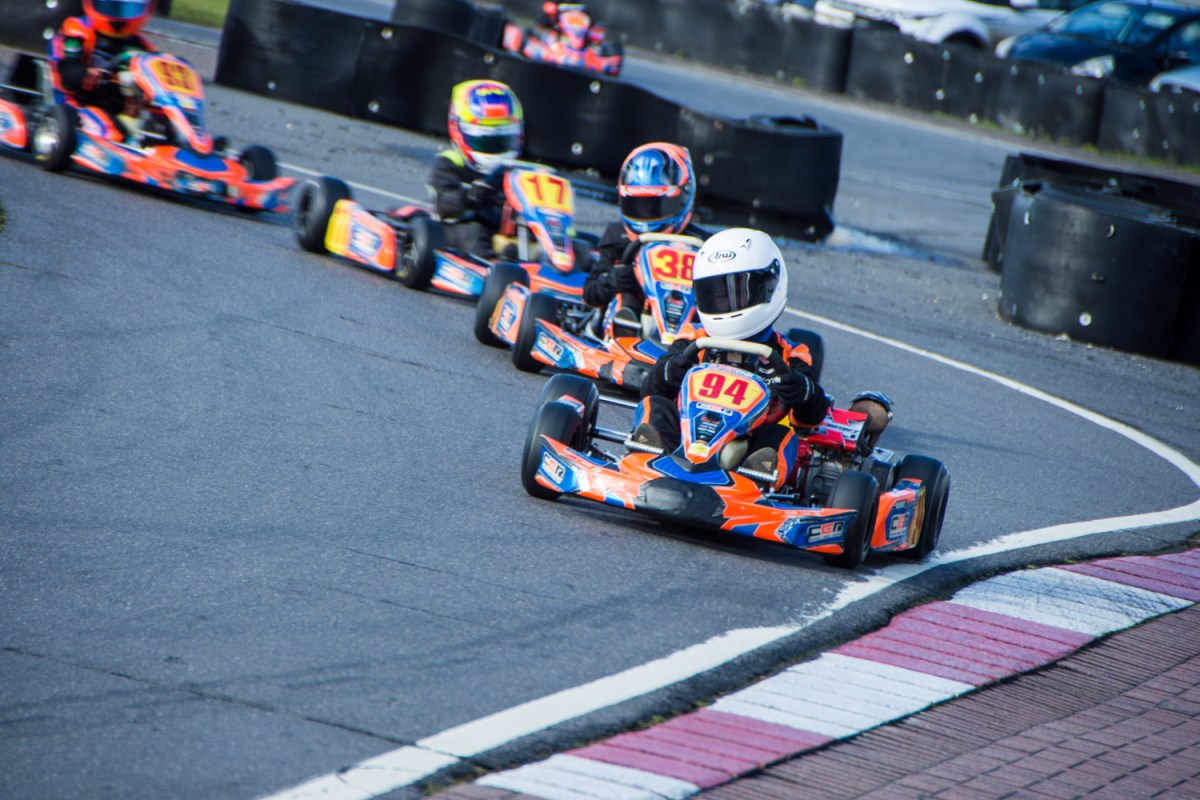 On the 11th of March, myself and my stepfather took a trip to watch a family friends’ son race in his Honda Cadet Kart at Rye House. Racing career birth place of the legend himself, Mr L. Hamilton.

Number 93, Josh Patch. Note the name as a racing future gleams with this one! At the age of 9 he’s middle ground in relation to age for his ‘HC’ class. His kart is half that of a full size kart and packs half the punch. This however is also relative to weight and size. These are quite literally pocket rockets and would outclass any ‘arrive and drive’ on acceleration alone!

Josh has been racing for 2 years now, his father bought him a kart for Christmas at the age of 7, at the time not quite realising the financial burden it would bestow upon him and just how involved he would become in the political side of the team that Josh is now part of. Four chassis later and silly amounts of cash spent on engines and upgrades, Josh is rising to the top at a remarkable rate, flanked only by several of the slightly older kids who have a plethora of racing experience over him. Placing fourth in the qualifying, and being in the top 10 out of 28 in his heats. One of which he pulled back 4 places in 3 laps! He moves onto the next round with a great set of points. 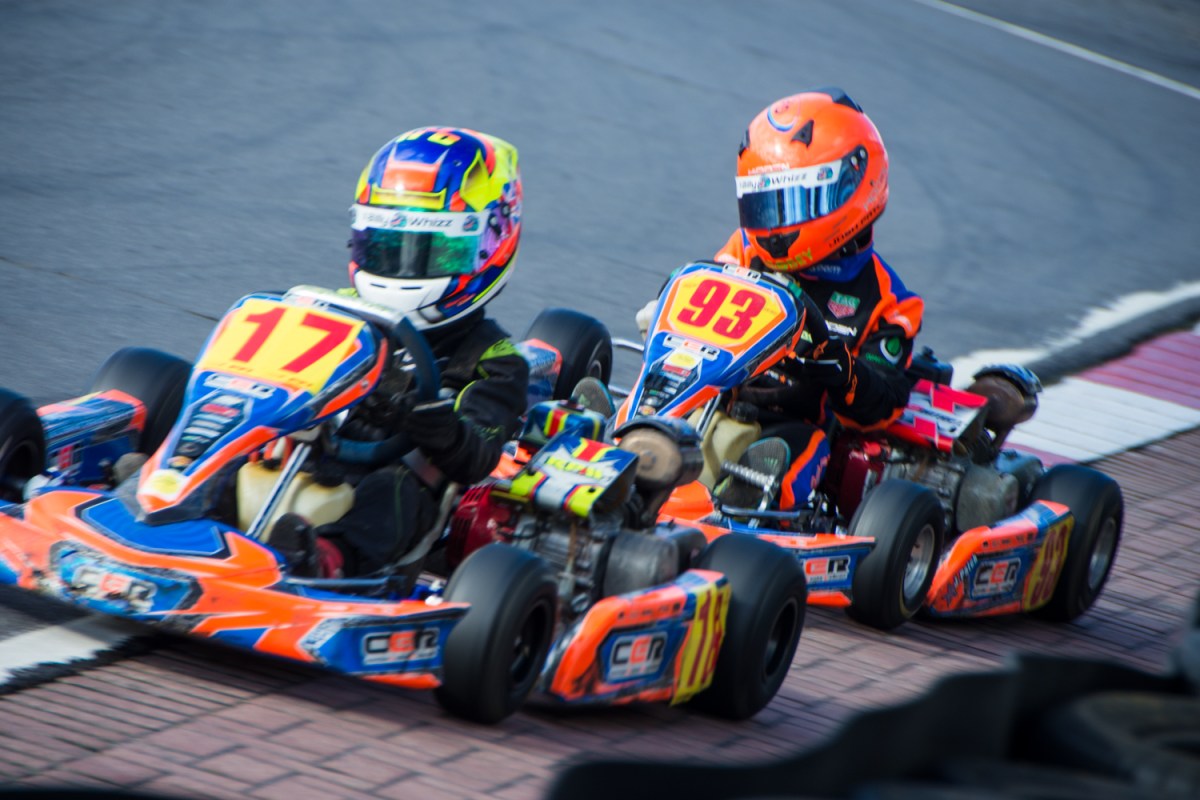 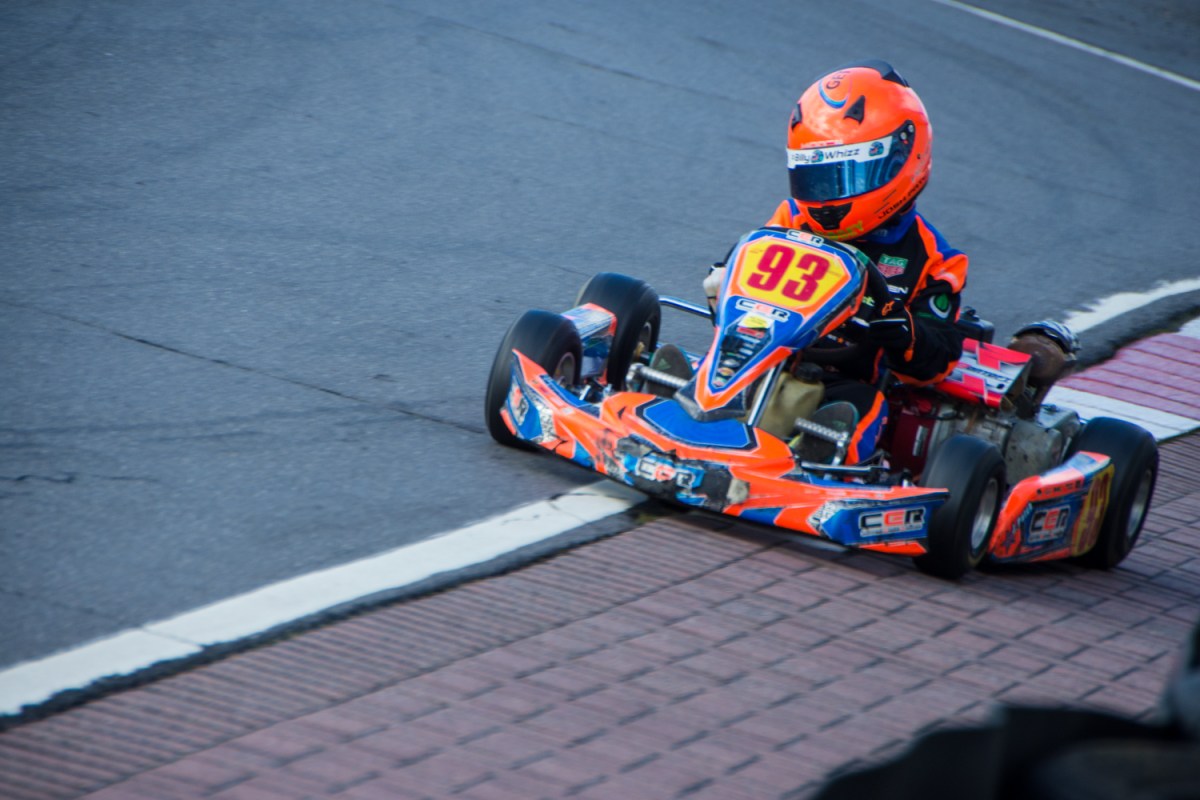 The true shock came on this trip when the ‘Bambino’ class pulled up onto the circuit. These children are around 3 – 4years of age and could put nearly all the ‘wannabe racers’ out there on their bottom without even trying. Their karts may be tiny and only hit around 30mph, but they blaze the track like it’s silk! The smooth responsiveness of their instincts are incredible when you compare them to the majority of 3-4 year olds whom are still struggling to grasp the concept of a push bike! I particularly thought that the young chap wearing an Ayrton Senna replica lid was genius on the parents’ behalf and really cool to see such aspirations being shown by the micro ‘pro’ driver. 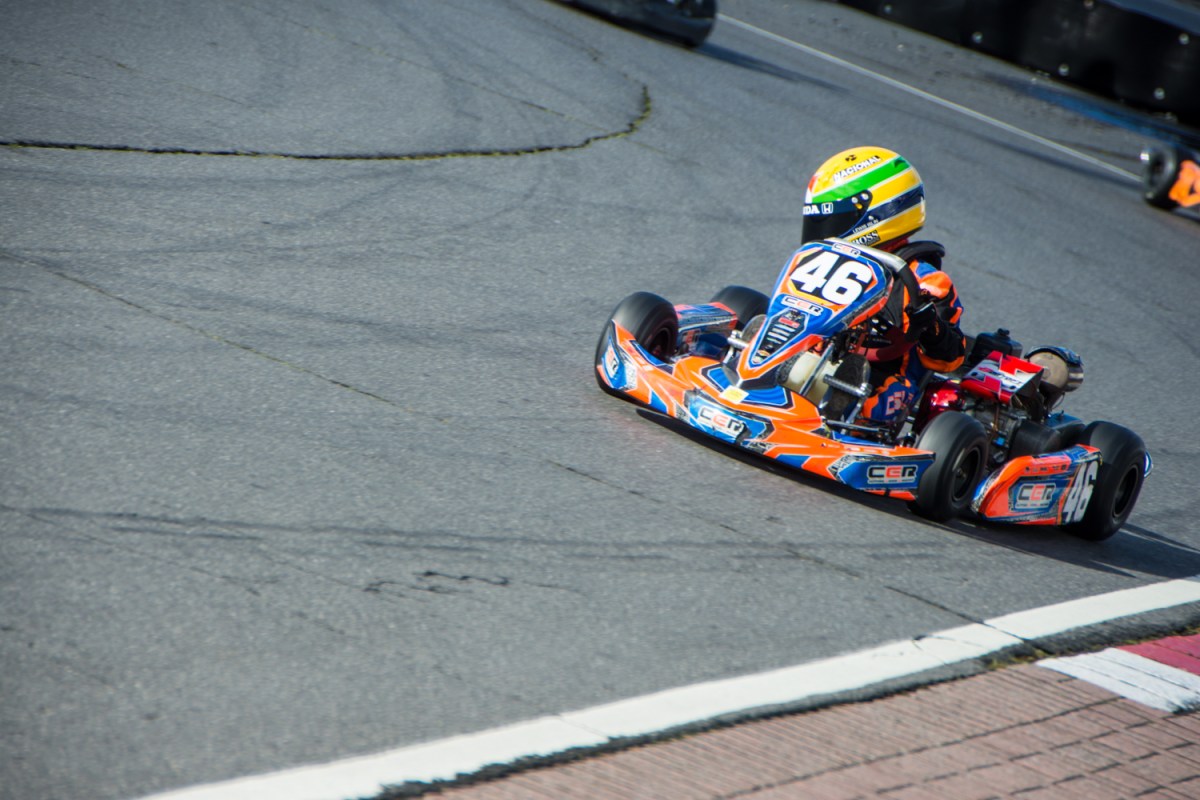 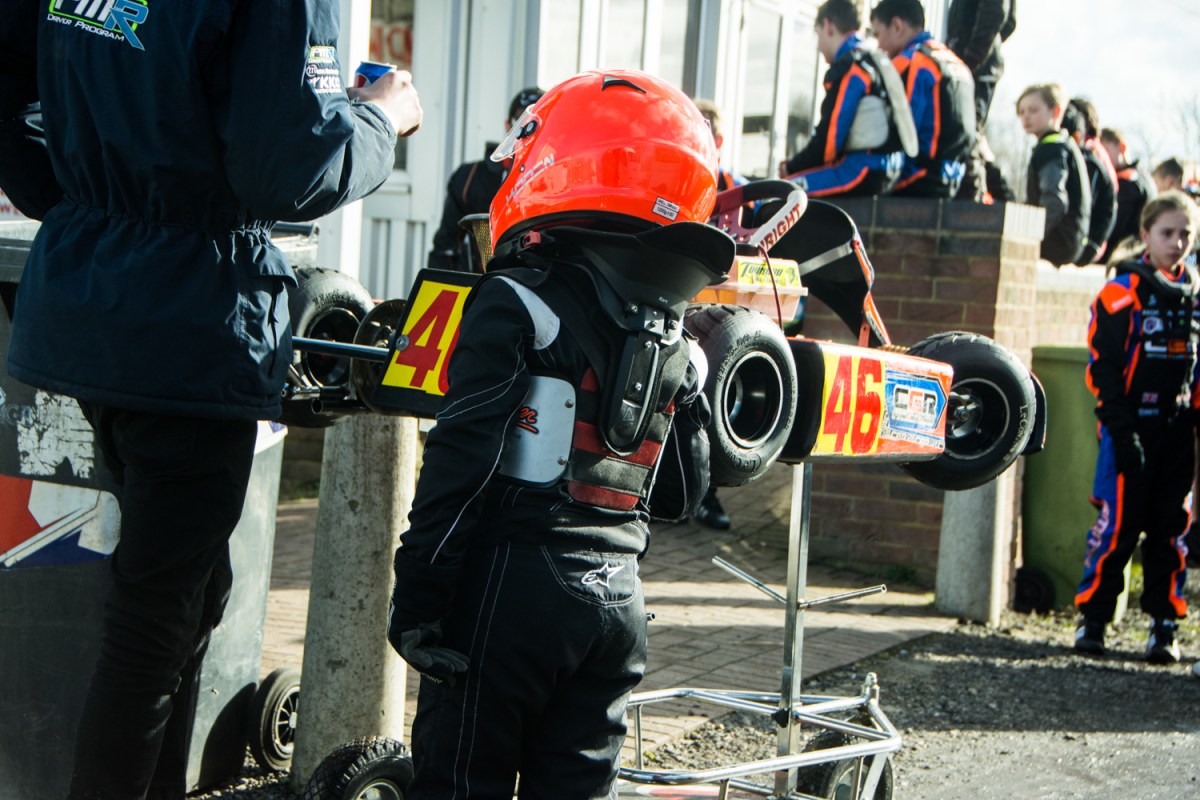 The ‘Senior’ and ‘177’ classes both run Rotax engines and are separated only by weight. These two classes are not for the faint of heart. If you thought you have racing skill, look no further than one of these to test your gumption. They hit corners at full chat, that’s 65+ mph, and they don’t slow down until the very last second of the apex, at which point they are already accelerating out. They have to be seen to truly appreciate the punishing power these little engines harness and the formidable skill level their drivers have harnessed to keep them under control.

These karts, like any other fast-paced motorsport do not come without their clause to danger. We witnessed several spinouts and a T-bone in action, as the weather began to turn and the track became slippery, the high speed, insane torque and slick tyres make a healthy mixture for disaster to strike. I also observed that the little Rotax engines are so highly strung, the bottom end seems to give easily! At least that is what I would take a guess at when diagnosing the rattle they made. Considering that this class is for adults, and the weight limit split would give me an opportunity to take a run out, I would absolutely love to do a TBR day in one so that we could feel our balls truly caving upwards into our chest cavities! If you are reading this Senior or 177 chaps… You know where we are if you fancy having a laugh at three supposed automotive journos! 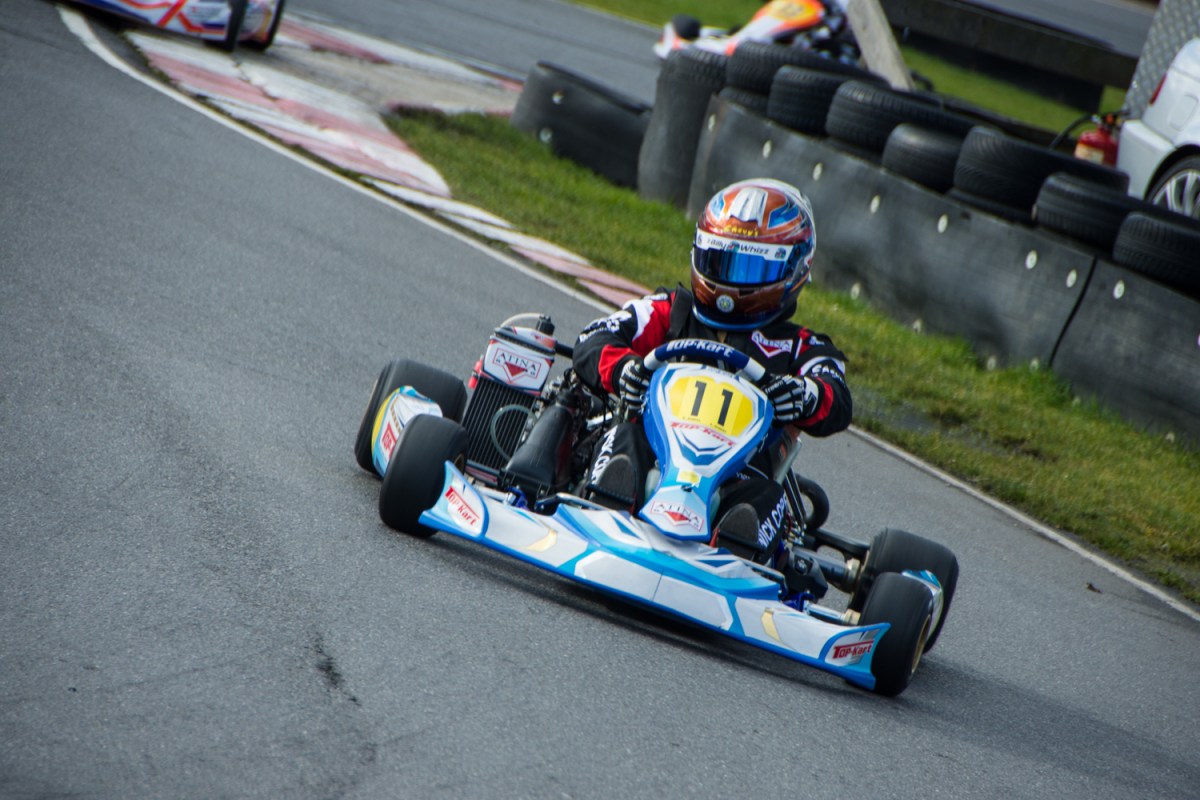 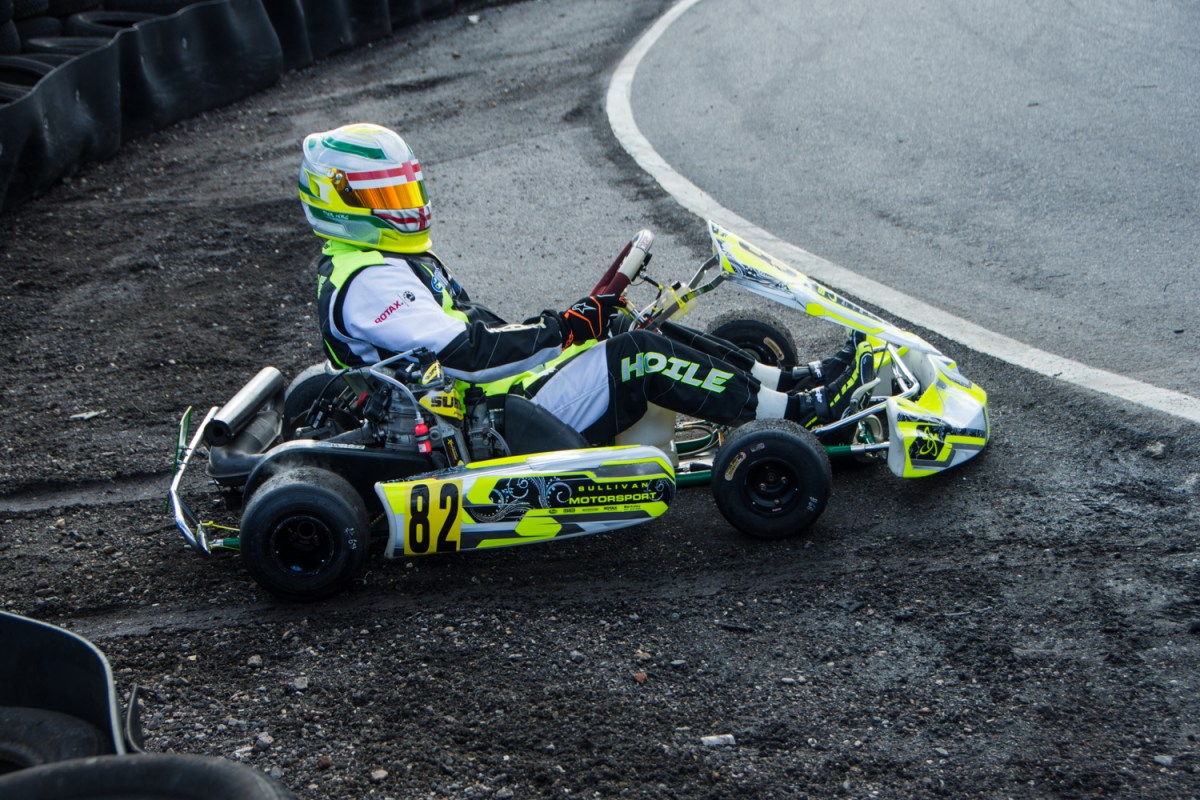 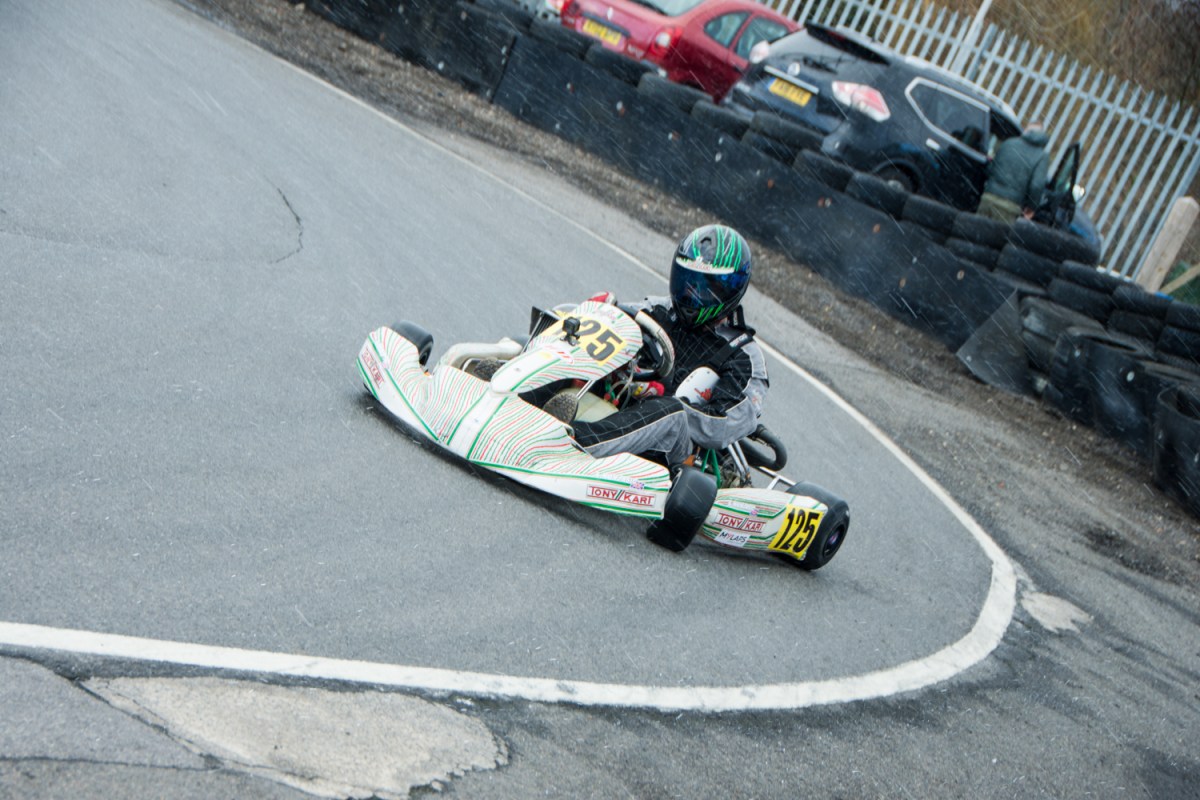 From a track perspective, Rye House offers intimate, close to the action spectating areas. All areas can be accessed, including the pits. The cafe is affordable and does some well needed hot grub if it’s 3 degrees outside! And the circuit looks like a dream to drive, especially Pylon corner which is a very sharp dogleg into a hairpin but according to the 9 year olds, can be taken at full speed!

With that in mind I will take my due and leave you with a few more shots! 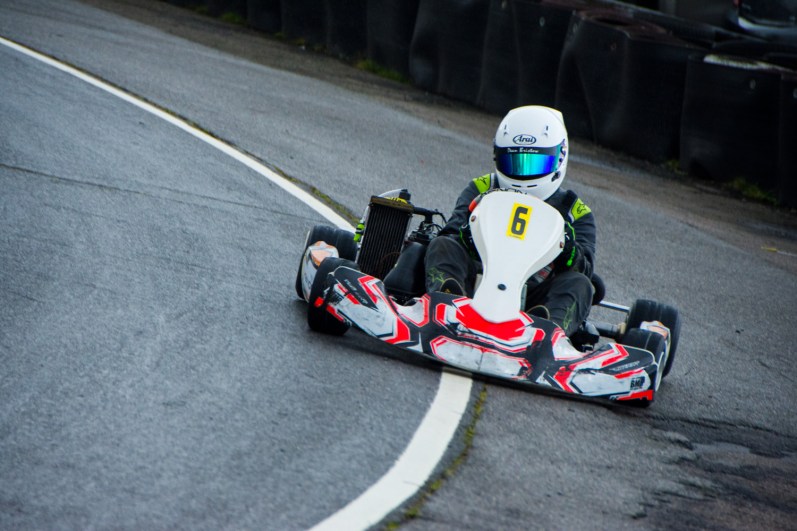 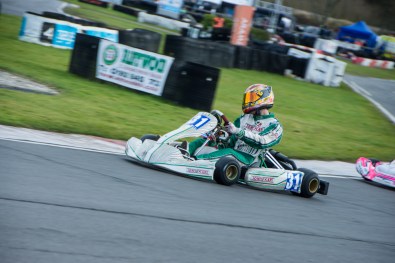 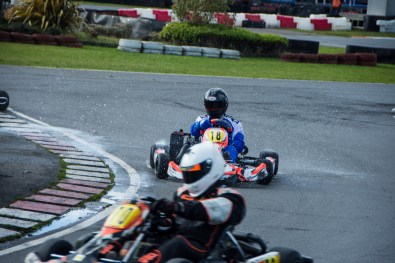 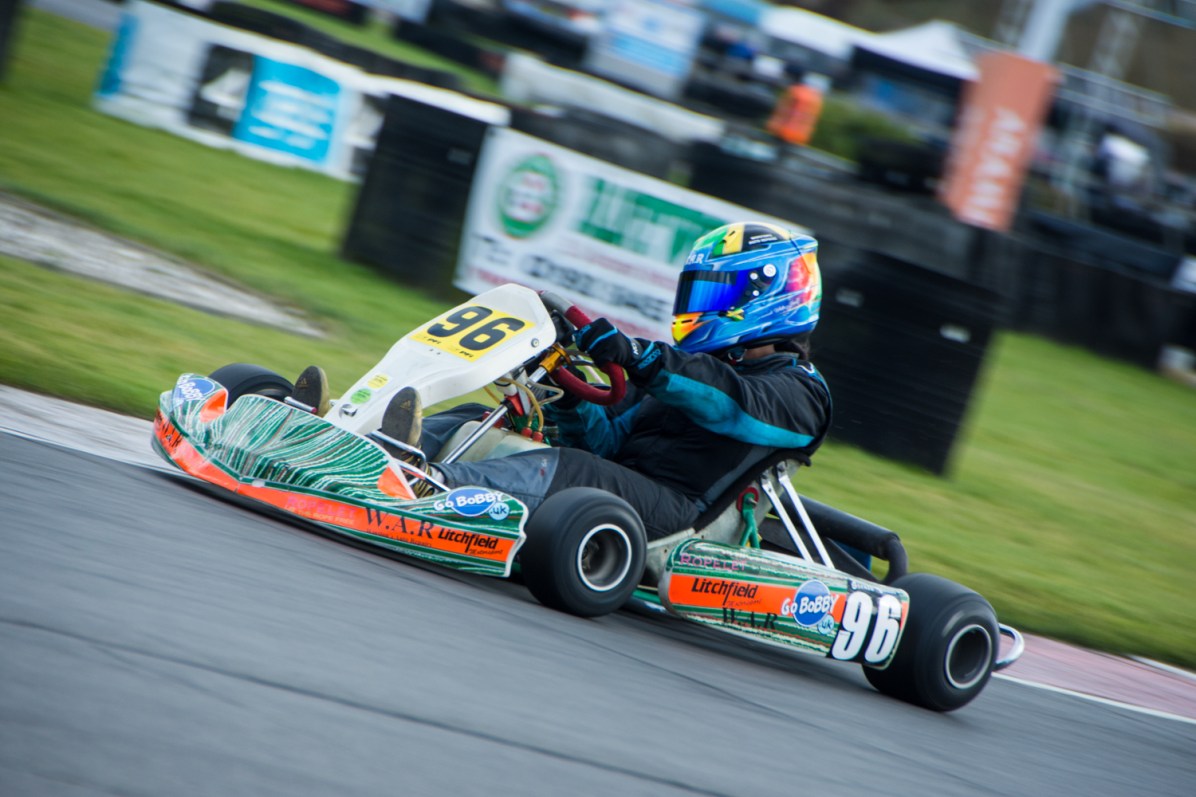