In the 1980 Geneva Motorshow, 40 years ago, heads were turned as Audi had released their new high-performance car – The Audi Quattro. Though many know of it, many also don’t. Without this gem, your favourite AWD cars might not have even existed. 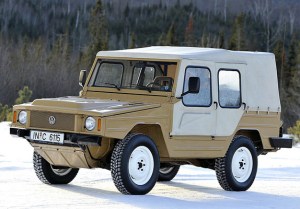 The slow but sturdy Iltis shining in the snow.

Even in early ’70s Audi was practically still making Beetles for Volkswagen. However, in 1977, Jörg Bensinger had a bright idea while they were testing out the Volkswagen Iltis. This was a military utility vehicle dubbed the “Europa Jeep” because of its’ looks. The thing that Bensinger found interesting is how well the AWD coped with the snow. Despite only having 75 hp, it could walk over any of the more powerful Audi’s which were all FWD at the time. So why couldn’t Audi make an AWD Saloon? It was a moment of genius…

Or was it? Every other AWD car at the time were humongous and clunky, and just not elegant at all. Despite this Ferdinand Piëch, grandson of Porsche, who was the head of R&D approved of the AWD Saloon project, with one condition. It had to be a high-performance vehicle. They then went away and tried to design a graceful, AWD Saloon. So how did they actually manage to pull it off? 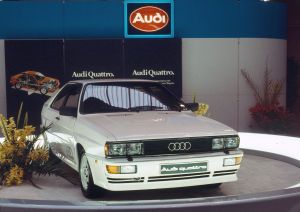 Audi had realised that instead of having two individual drivelines (which take up a lot of space!). That they could make a hollow driveline and feed the other through the middle. Astonishingly, it worked!

Finally, a year later, They took the prototype to the snowy test centre of Turracher Höhe. It was infamous for being the steepest and highest roads in Europe of the time with over 30% gradient slopes. To executives surprise, the prototype happily pranced around the snow and it was immediately approved for production.

Now onto the thing that people know the Quattro for – Rally. Piëch knew that when he approved the idea of the Quattro it’ll be good for Motorsport. So what better way to show the world than to enter the world of rally. Audi Sport was born and they decided to take a modified Quattro to WRC. Not only was it the first car to had AWD in a rally, but it was the first to push a mighty 300 hp from the turbocharged inline 5 (road versions had 200). 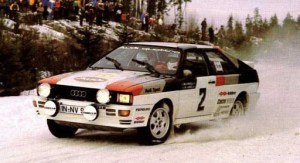 The 1981 Audi Quattro A1 skating across the snow.

Unfortunately, none of the runs that it didn’t count as Audi hadn’t sold enough Quattros yet, due to Group 4’s regulations. People were still kind enough to let it run just for fun and timed it. Other manufacturers got a swift kick in the butt as the Quattro could have won by more than 30 minutes on multiple stages if it had completed.

Despite only entering two cars in the next year, it managed to win three events, coming close in the others and stealing the manufacturer’s title. One of which included Michèle Mouton to become the first-ever woman to win a WRC event. Things were getting heated over at Lancia as their rallying history was being blown away by the newcomer. 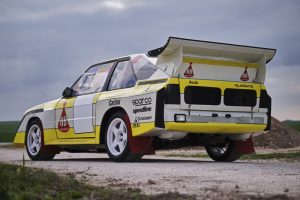 The final rally iteration of the Quattro. The fearsome, Sport Quattro E1 E2!

Group B spawned loads of cars, and the rivalry between Lancia and Audi began. The 037 was a true successor of the Stratos. It was meaner, faster, and ready to take back the crown. Despite Audi’s crusade to show that AWD was ultimately faster offroad than RWD, Lancia pushed forth and showed no mercy whenever the Quattro tripped up or even just on the road.

The two would constantly battle, constantly upgrading their cars. Over the years the Quattro gained a short wheelbase rally version, the Sport Quattro, which was also available for customers to buy. By the end of Group B, the Quattro had become a true monster. It pushed almost 600 hp and was able to pull off a 0-60 in 3 seconds flat while offroad! So despite Lancia having a rich rally history, Audi had a total of 23 victories. Though this doesn’t sound like much, over the time period that Audi had competed in, Lancia only had a teeny 8 victories and the 205 T16 having 16. The Quattro had completely annihilated the competition.

Race to the Clouds 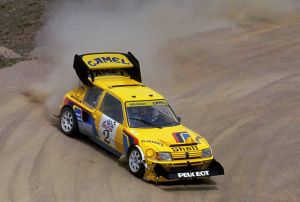 After pulling out of Group B in 1985, Audi needed another competition to fuel their lust for speed. They found this in two ways, one of which was the Pikes Peak International Hillclimb. Many people believed that the Sport Quattro S1 E2 was very short-lived and didn’t really get to show it’s potential against the fearsome 205 T16. Thankfully, Peugeot also had the same idea and the two prepared their Group B cars for the Hillclimb. Once again, the crazy minds at Audi had found ways to keep upgrading the Quattro. It now weighed around one tonne and got a 50/50 weight distribution. Like all Pikes Peak cars, it also featured some crazy aero.

It’s hard to find how much power the Quattro actually had during Pikes Peak. It officially had stated 600 horsepower, which was still more than Peugout had officially stated. However Walter Röhrl said it had 750, but insiders had said with the new turbo, it was realistically around 1000hp! Despite this, the Peugeot was smaller, lighter, and posed a huge threat to the Quattro. Röhrl’s Quattro was fitted with a button on the gear shifter allowing him to press the clutch in, just like the E1 S2 Group B model. 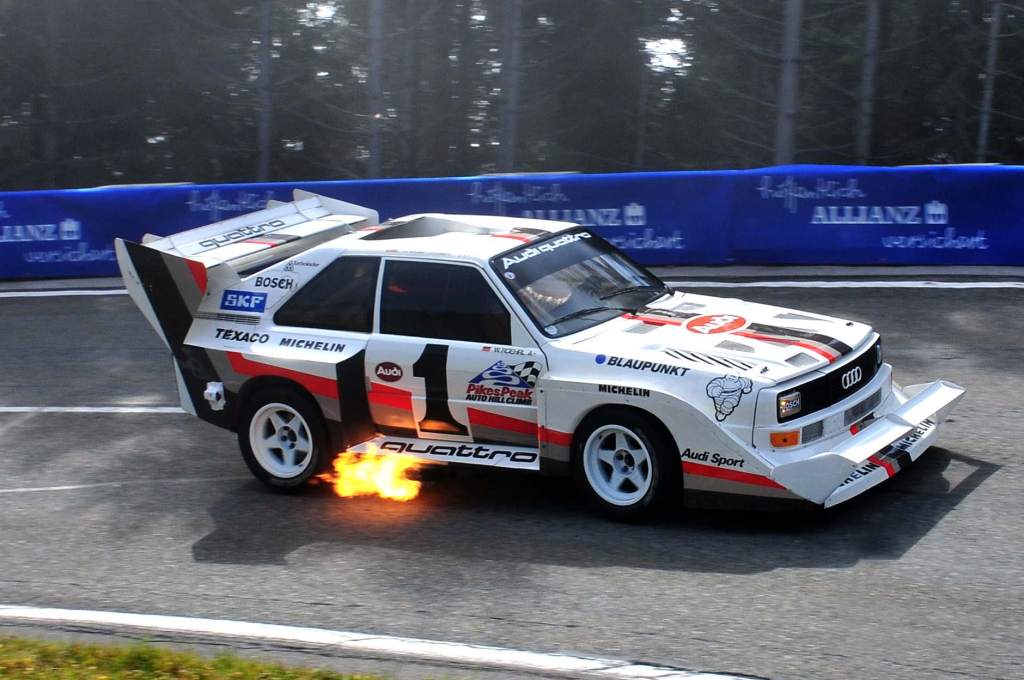 When the time came, Peugout’s mighty 205 T16 was looking like it was ready to crush Audi’s hopes in winning. Even during the Qualifying, the 205 T16 seemed to prove faster. However, on race day, the Röhrl gave it his all and set the blistering world record of 10:47:850! He had broken the 11-minute barrier! The Peugeot? It had been pushed too hard and suffered boost pressure issues when it came to the official run and barely broke the 11-minute mark. 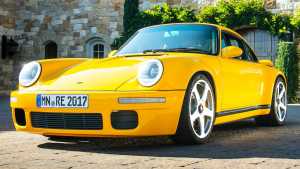 The Quattro is without a doubt an all-time legend no matter what. It’s sad to see many companies that participated during Group B and the like haven’t returned to the dirt and the snow, Audi included. However, Audi’s AWD system called “Quattro” as well as a nice reminder of the 1980’s car, which arguably made it the car it is today.

Like most classic cars, they don’t get a second chance with modernisation. Some lucky ones being the RUF CTR, based on a classic 911 and the MAT New Lancia Stratos based on the… Stratos. While it may not seem obvious, the RS3 is, in fact, Audi’s hidden modernised Quattro. They even made a video filming the two cars together in this cute advert. Both inline 5’s, Quattro AWD, keeping the legacy going. Maybe we’ll see something interesting from Audi at Geneva this year too.