There is one important thing you need to be able to drive on the roads: A car. But this isn’t just any car, it’s going to be your first. This will be the car that defines the beginning of your motoring life, and if you have a bad experience, it may taint your view of driving forever; so it’s important to get the right car for you. 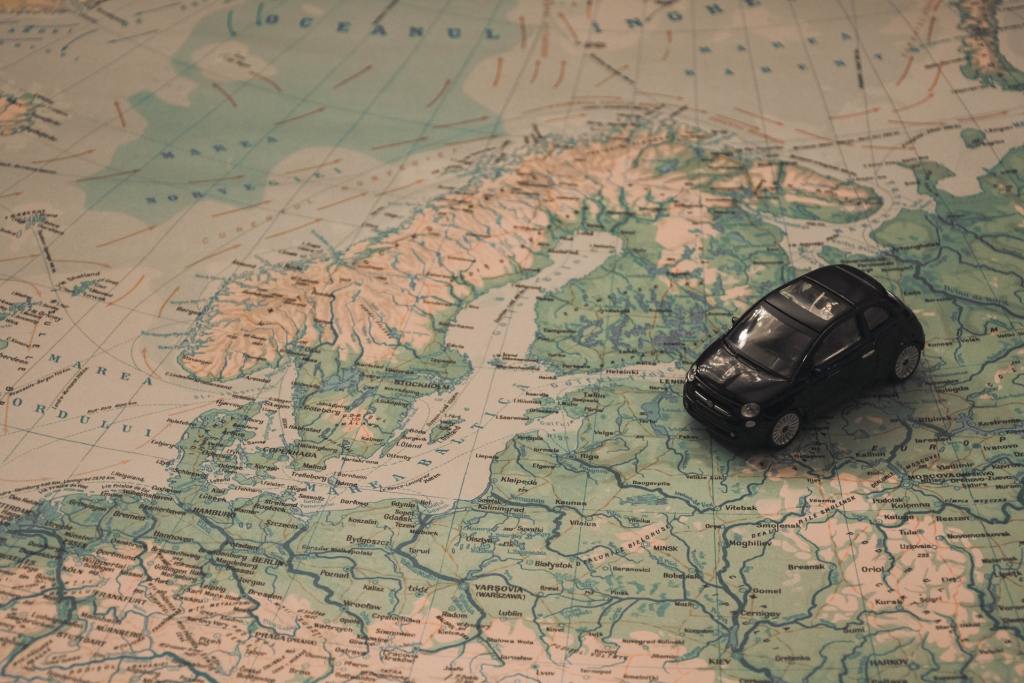 Firstly you want a small car purely because it’s small. It may not be as practical as a family car you’ve been offered, but having a small car will help you with manoeuvring the car until you get used to driving and make general driving life easier, you won’t have to worry about the width of many roads and you will be able to judge your movements in the car better by having a better understanding of the car’s overall footprint. 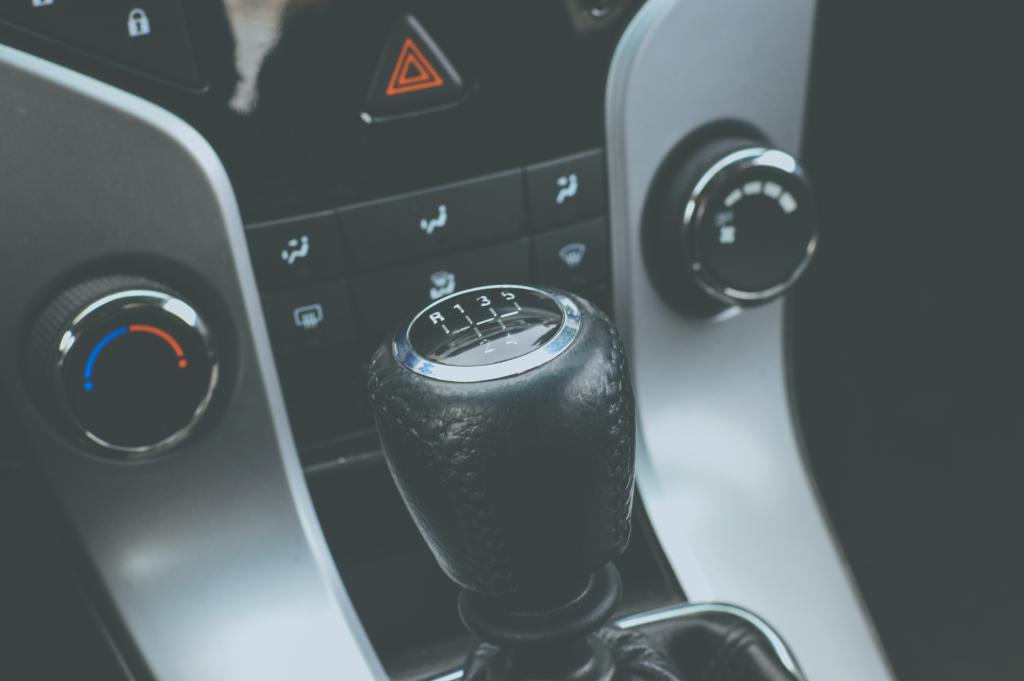 A manual gearbox is admittedly a trickier way of driving as there is more to learn related to clutch control and gear selection for driving, but it’s a necessary evil. By getting a car with a manual gearbox it will give you an improved understanding of the mechanics of driving and give you a more technical mindset to driving and allow you more control over the car’s movements than an automatic gearbox would allow you. 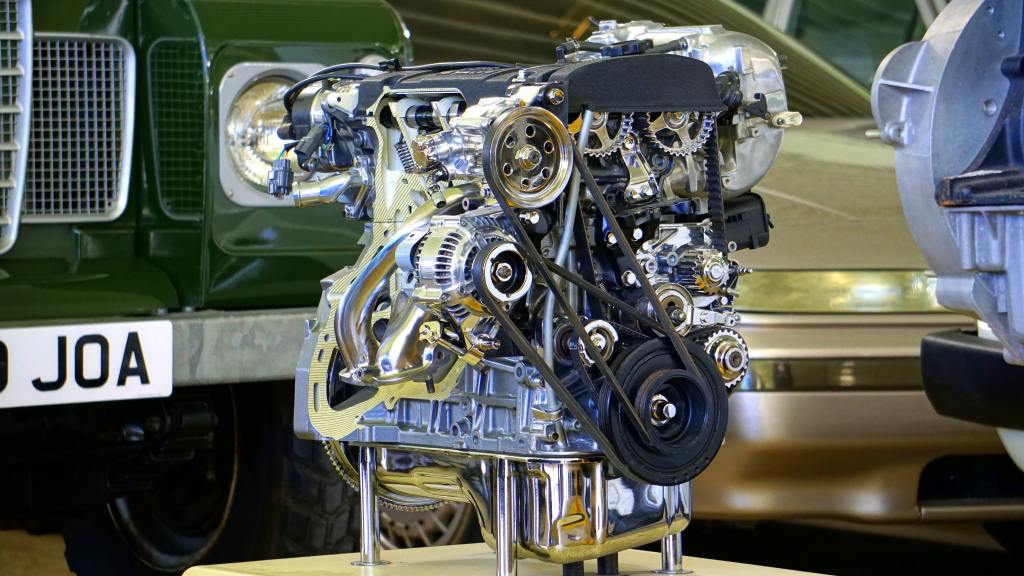 Having a small engine in the car will make most people’s eyes roll, but you don’t need a big engine in your first car at all. Most cars with an engine bigger than 1.4 Litres should be struck off your list of cars due to incredibly high insurance costs for a first driver, especially if you are 17 or 18 and getting your first car. The largest engine size you could possibly have is a 1.6l engine, for example the 1.6l engine in the early BMW Mini Ones and Coopers, or the 1.6l of a Fiesta Zetec S, but these cars are only to be considered if you have the extra wiggle room for insurance and running costs, as they will be juicier on petrol. The likelihood is, for your first year of insurance you won’t be driving about everywhere at a break-neck pace because you will be stuck with a black box monitoring your driving and your speed. Unfortunately, the reality is that you won’t be able to comfortably afford insurance for your small hatchback without a black box as a new driver aged 17 or 18, but you may perhaps have some luck if are a bit older or have a no claims bonus built up from driving a family members car. Another benefit to a smaller engine is better fuel economy, as you won’t be wanting to shell out for lots of petrol or diesel for your first car, as you’re likely not earning a lot of money to be able to run it without a bit of financial squeezing. 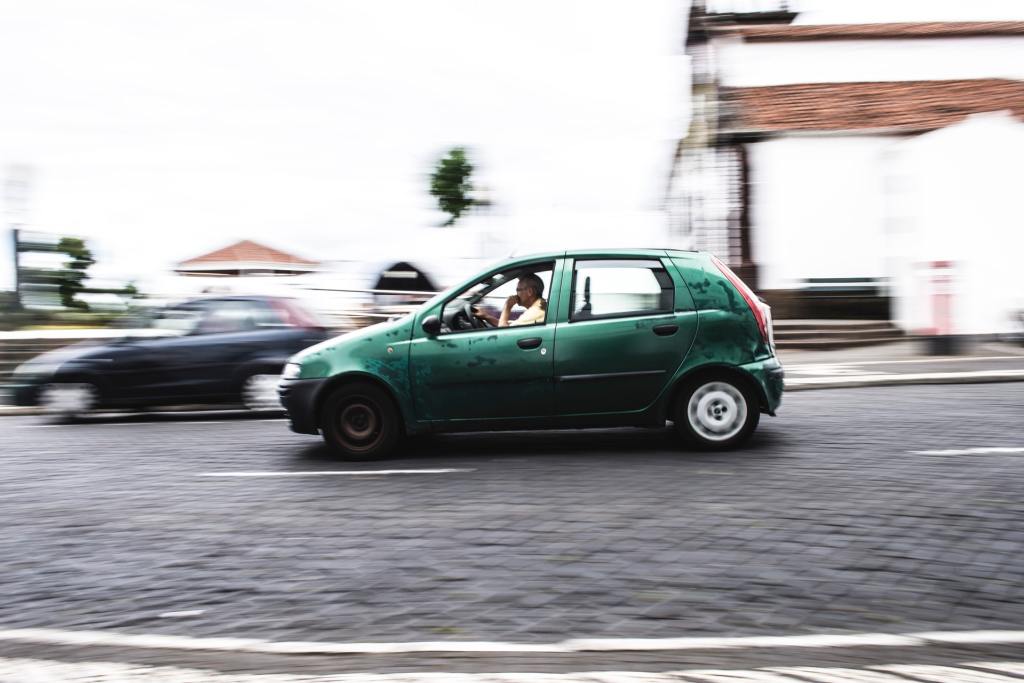 Finally, you want a cheap car. Why a cheap car? Well sadly it’s likely you might have a few knocks and scrapes in it as you learn, and the best way of learning is through making mistakes. Personally, I would recommend a maximum budget of £2000, that will get you a decent small hatchback with a good history to it and a relatively low mileage for it’s age. You’re likely going to be paying the car’s value or more for your first car insurance, so it’s good to have a cheap car to soften the overall blow as owning a car will be expensive your first time out. But don’t let this dissuade you, because it’s going to be your car. And you can go wherever the hell you want with it.

Now, you wouldn’t be coming to this article if you weren’t looking for some suggestions as to what you should get as a first car, so let’s have a look at a few enticing options within the budget I’ve suggested of £2000. 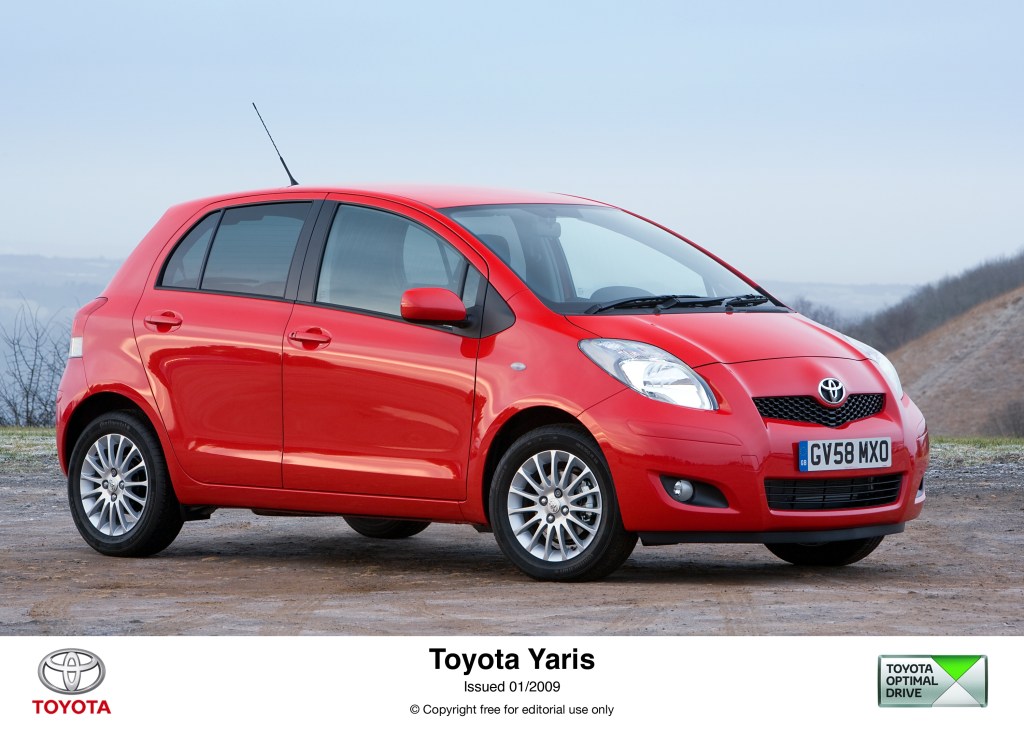 The Toyota Yaris is a long-standing contender for a good affordable hatchback, being produced from 2005. The Yaris is a great first car as it’s the larger of Toyota’s basic hatchbacks and will come with the Toyota reliability. Running costs will be low for the car and there are a large variety of engines to choose from, ranging from the 1.0l VVT-I engine that will give you about 67bhp, which is plenty to get you around town all the way up to a 1.8l engine. Personally the 130bhp 1.8l is a bit too punchy for a first car and won’t be cheap on your insurance, likely being £2000+ just to insure the car with a black box fitted, and you’ll struggle to reign yourself in when you know you can push the car harder than most. Personally, the largest engine size you should go for in the Yaris is the 1.5l engine found in the Yaris T-Sport, the sportiest trim of the Yaris which will give you about 100bhp in an incredibly light car. Personally, I’d go for the middle of the field with the 1.3l VVT-I engine, about 85bhp which will be enough to get you onto the motorway without too much of a struggle.

You will be able to find a good condition Toyota Yaris well within the budget, a 2004, low mileage 30,000 mile example will set you back around £1700-1800, and you should be able to get one for even less if you go for a higher mileage example that is perhaps between 60-80,000 miles. The Yaris will be cheap to repair as well if, god forbid, anything goes wrong as Toyota’s are incredibly abundant and spare parts will usually be available, and the Yaris shares a lot of it’s components with other models in the Toyota range so you won’t have too much trouble. 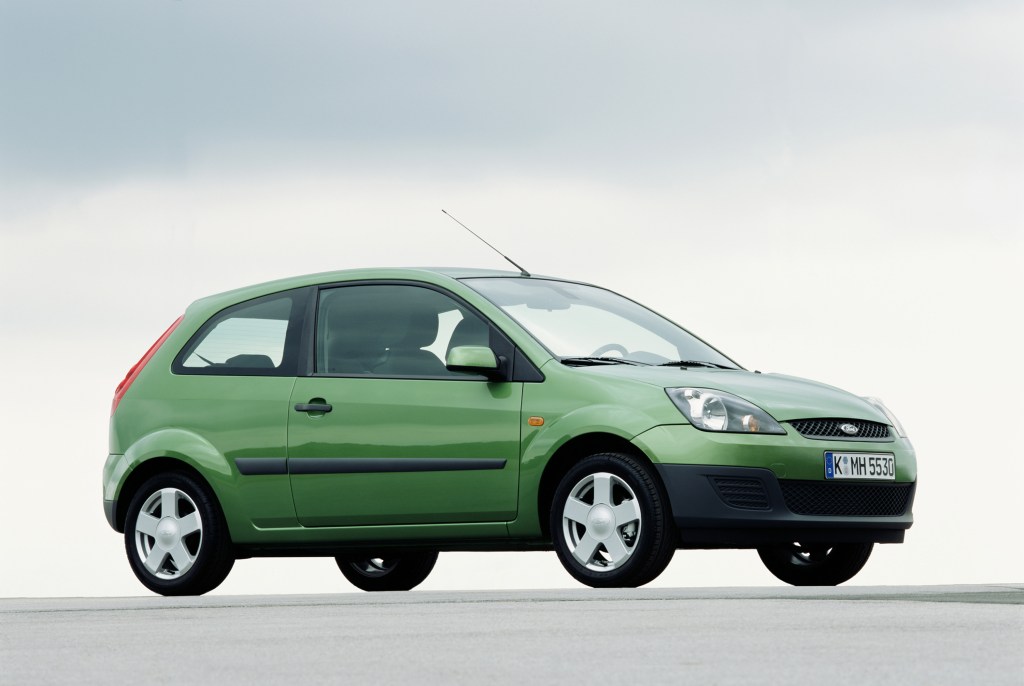 The Ford Fiesta is one of the most popular cars on the road in the UK, and it’s for good reason: It’s a good car. When it was new, the Fiesta was cheap and with depreciation over the years, you can get a good quality fiesta for under £2000. These cars are hard wearing and with an abundance of spare parts available, cheap to repair. A multitude of trim levels are around for the Fiesta, including the sporty Zetec S line. Engine sizes range from the 1.25l 75bhp engine to the 101bhp 1.6l found in the Zetec S for a standard trim Fiesta, with the Fiesta ST sporting a 2.0l engine that you won’t be able to comfortably insure until you have a good no claims bonus built up.

The Fiesta is a robust platform that is tried and tested by millions of road users, reliably getting them from A to B. If you are looking at getting a Fiesta, around £1500 will get you a 50-60,000 mile example of the MK6 Fiesta pictured above, which is my recommendation as it is a more sturdy platform than the previous generation, with more modern features and improved safety. In terms of engine size, the 1.25l engine will give you plenty of power to get you around, but if you really feel you want a sportier car the Fiesta Zetec S is the way to go, with a subtle styling pack to help you feel like the street racer you want to be; but head my insurance warnings! 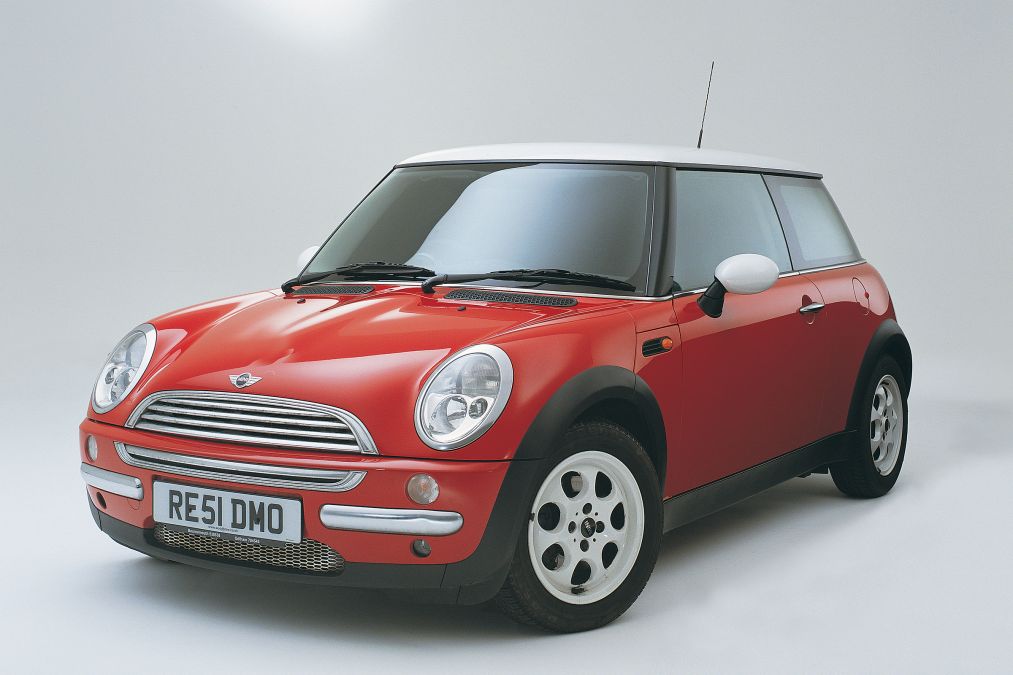 I’ll admit, I’m a bit biased on this one, I bought one as my first car. The Mini One is a great option if you want something focused on styling and brand appeal, and the first generation of BMW Minis (The R50) from 2001 until 2007 is a great starting point for your first car. The Mini One is the lowest trim available, but compared to the Mini Cooper it is hard to notice any difference, and I’ve driven both of them from the same year. The 1.6l engine produces 90bhp, and weighing in at just 1,050kg it is a perfect lightweight car for a bit of fun whilst keeping it within the speed limits. The Mini can be had for around £1500-2000 for a higher mileage example, around the 75,000-90,000 mile mark. It’s definitely not the best value for money on the list, but it’s a good car if you want something with a history behind the badge and great styling.

Unfortunately, being a BMW derived car, parts aren’t cheap to repair it if something goes wrong, and being a mismatch of international pieces it is likely to go bad. I’ve had some funny gear shifts in my car and some electrical issues, and just to replace a window motor is about £50 for the part alone, second-hand. So if you’re looking at a Mini, make sure you get one with a good service history that has been looked after well, otherwise, you may be constantly nagged by little issues.

These are just a very small selection of cars in here that would work for you as a car, but ultimately the choice is to you. Everybody has their own preferences and that’s fine, get the car that you want. These are just some suggestions to keep your insurance down and let you learn to drive before you out getting fast cars and big SUVs. It’s important to know that whatever car you get, it’s your car. Your device to travel wherever the hell you want. You don’t have to be a car enthusiast like myself to just enjoy the basic principle of freedom you have access to as a car owner. Drive safe everybody!

Need somewhere to start? Why not have a look at our friends over at Not 2 Grand and their classifieds page, where you won’t find a car over £2000!