We all know why you’re here. You’ve had a google search because you’re wondering exactly how you can get into the world of classic cars, but you don’t want to break the bank, nor do you have an F1 Mechanics degree to fix anything marginally wrong with it. Well, fear not as you’re certainly not alone in this feeling.

Owning a classic car can be a very intoxicating relationship. Not just because of the fact you’re owning something a little retro and cool, but because of the bond you undeniably build with the car due to it being your own passion project. The main reason so many are put off the idea of classic car ownership is mainly because of the worry that a classic car is going to break the bank. The reality is that isn’t always the case. In no particular order, here are our top five picks for the best beginner classic cars. 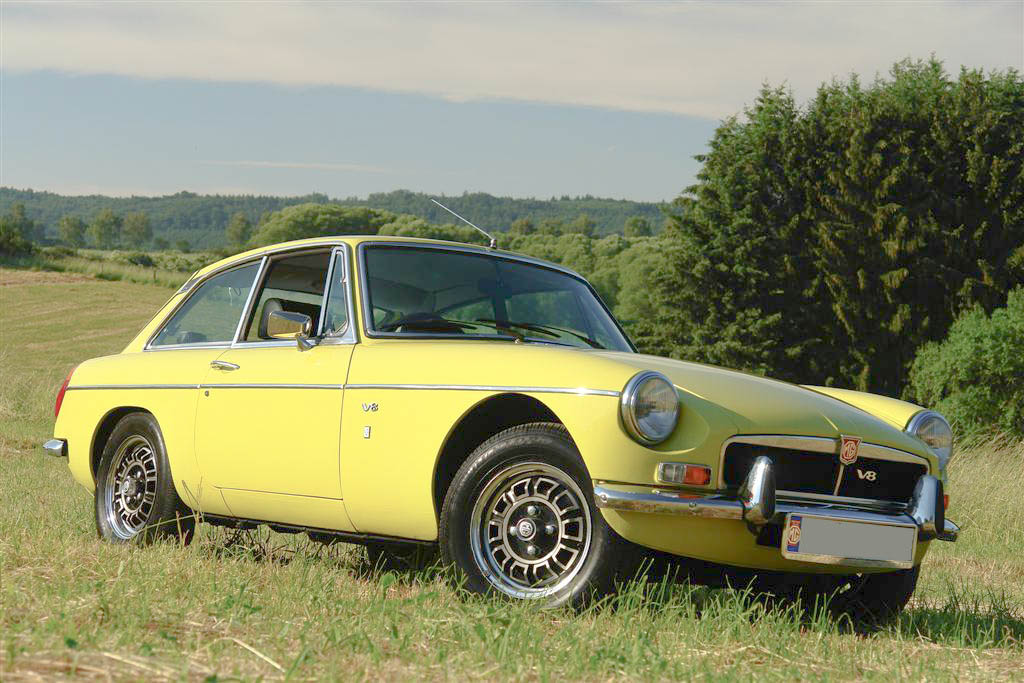 The MGB GT is arguably one of Britain’s best-loved classics with over half a million eventually being built by the time its production run came to an end in 1980.

So why is the MGB GT is so loved? It’s classic car fun at it’s purest. The appeal of the MGB GT is the fact that they have such classic style, feel and sound that they are often considered the most desirable way into the classic car market. With parts being in plentiful supply as well as the simplicity of the car to work on, even someone who hasn’t ever touched an engine could very easily dive straight in with a Haynes manual in hand and get the 1.8l engine back running.

Another huge factor in this obsession is the price. Currently, a decent MGB GT will only set you back around £3000 for a good one at the time of writing this article in 2019. However, current market trends do suggest that their prices will rise over the next coming years so get one now while you can. 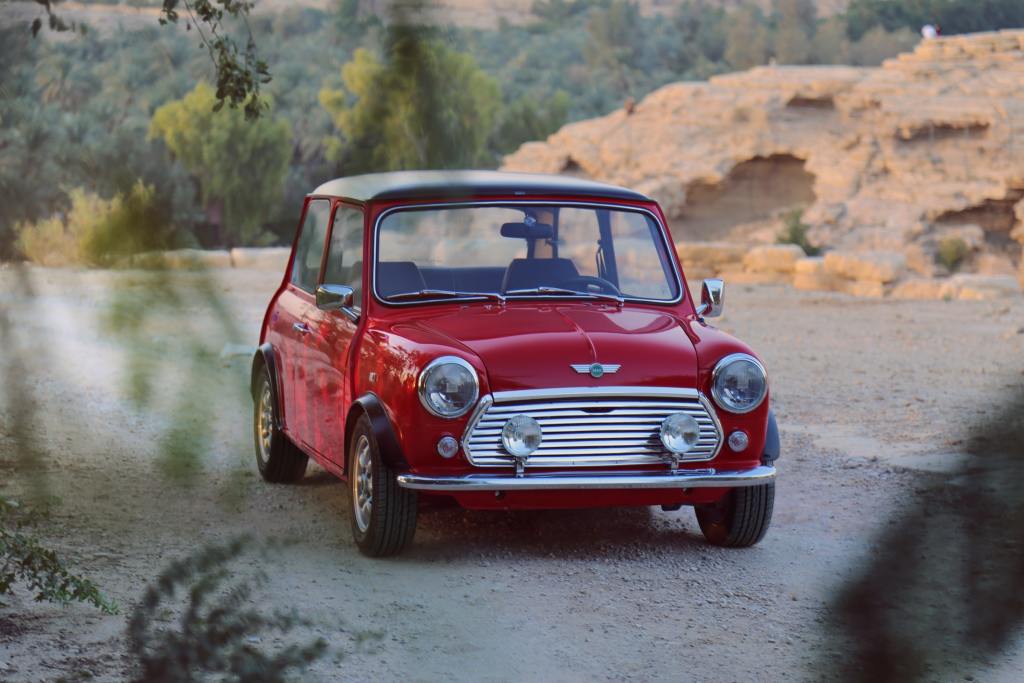 You already know what this is. The Mini is probably one of the most important cars of the 20th century, bringing affordable city motoring to the masses as well as having a massively dominant motorsports sector. All these things combined have made the Mini Cooper one of the most iconic cars in British history.

Now you thought the MGB GT had a good production run? That has nothing on the Mini. Since its inception in 1959, the Mini has sold 5.3 MILLION units up until its production stopped in 2000. That’s over half a centuries worth of front wheel drive looning.

Much like the MGB, the Mini is simple and pure. Utterly ideal for a starter car if you’re on the younger side of the spectrum, with parts not exactly hard to come by as well as a huge aftermarket following so you can really make your Mini into something personal.

As it stands, you can pick up a fairly solid Mini for around £2000 – 3000 depending on how much work you’d like to do. The Mini will be another one of those cars that will no doubt increase in value over the next five or so years so picking one up now isn’t a particularly bad idea. 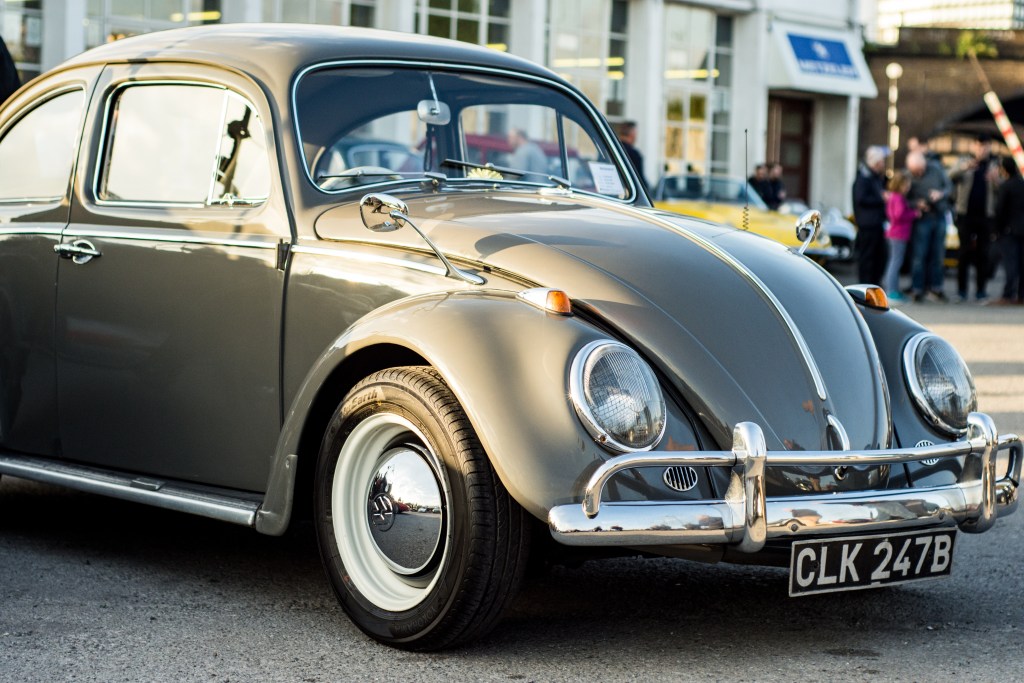 The Beetle. The pop culture icon of the 60s & 70s, and is subject to countless features and even a film solely based on one that came alive.

It’s a shape that will never not be recognised. The Beetle was produced for over half a century with the overall production run being 21 MILLION, so you could say it was certainly popular. And for good reason too!

The reason why the Beetle was such a hit was because it was light, simple, spacious (for the time) and most importantly, affordable. The engine alone could be rebuilt by the roadside with ease, and I know that because that’s exactly what we had to do on the M40.

It’s stylish and universally recognised so you’ll always be appreciated when seen driving one. Beetles also have a fantastic spare parts catalogue and a huge culture following that still is very strong today with clubs and continuing support around the world. A later Mini from the 80s onwards will set you back about £2500. Older models from the 70s backwards will cost you a bit more as they are what is considered the ‘Iconic’ shape.

Certainly, one to look out for! 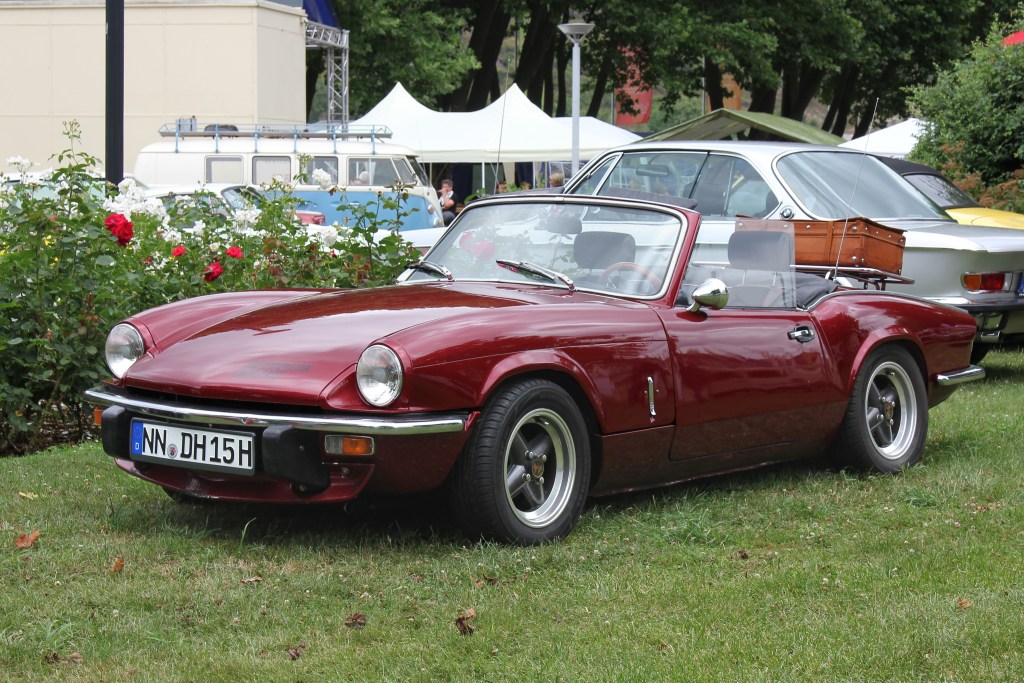 Not the Spitfire you probably normally think of, this one isn’t powered by a Merlin engine I’m afraid. But still as good!

The Spitfire is another one of Britain’s best-loved Sports Classics which is near enough in direct competition to the MGB GT we listed earlier. Much like the  MGB, it’s main focus was driving experience rather than practicality. The Spitfire is a fantastic car putting the driver first and offering a very intoxicating, fun experience. Utterly ideal if you’re looking for something to throw around on the back roads as well as cruise about town in.

The Spitfire is another car that no matter where you go, you’ll be appreciated. It’s fantastic looks and groaty 1.6l engine with a great soundtrack is a match made in heaven. It’s the ideal car if you’re looking to go out on evening or summer drives.

Parts are still fairly accessible, so there should be no issue there – but just be aware, it’s British Leyland at the end of the day. It will break down occasionally. Fortunately, there’s a great community surrounding the Spitfire so help is only a quick message away.

A Spitfire will generally sell for somewhere between £3000 – 6000 depending on condition.

Now I will admit, it’s not the kind of car that you’d rock up to a car meet in your local carpark in, but that doesn’t mean that it’s not ice cool.

The Morris Minor or ‘Moggy’ as it was affectionately named was first produced in 1948 and ended production in the early 70s. The styling is perfectly British, evoking innovating car design of the period and cute looks to go with it. They’re not overly powerful however, with even the top spec model only boasting a 1L engine – but are you really in a hurry to get anywhere when you could be zipping around town in one of these? I don’t think so.

The Minor is a great first pick if you’re looking for something very simple to work on and aren’t too fussed about speed and handling. It’s the ultimate ‘pop to the pub’ cruiser.

You can still pick up Morris Minors between £2500 – 5000 depending on condition and rarity.

Have your own suggestions on what the best starter classic car is? Pop it in the comments section below and explain why! Alternatively, you can join us on our community Discord server and join other like-minded individuals in the conversation! 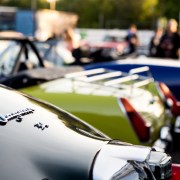