Not willing to surrender their reputation as one of the best hot hatch manufacturers, Renault once again set out on an epic quest to conquer the hallowed ground of The Green Hell with a weapon forged from French technical fire – The Megane R.S. Trophy-R. 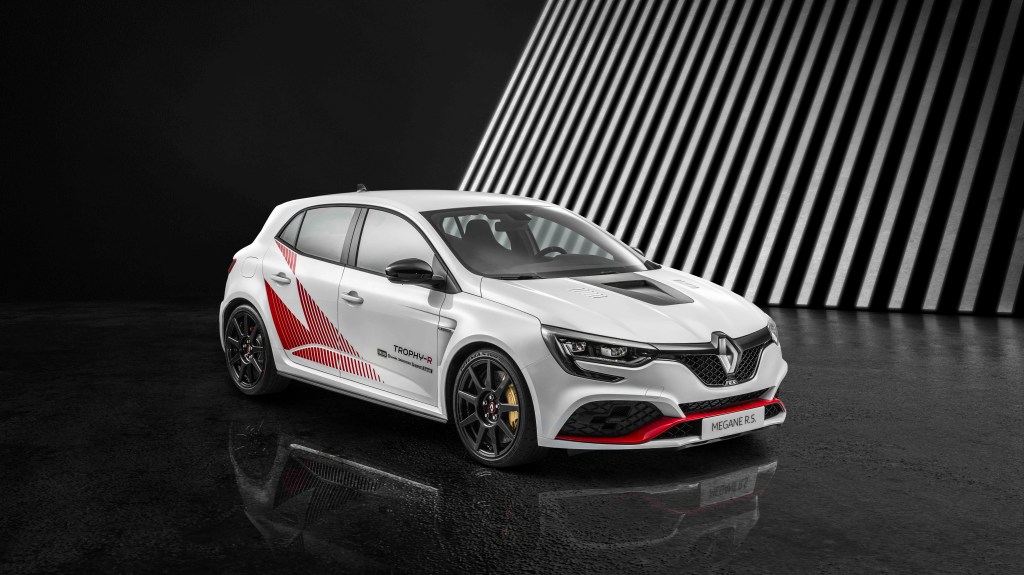 After setting their last Nurburgring lap time in a Megane, the previous Megane RS 275 Trophy-R, they were left with a sour taste in their mouth when Volkswagen took the record, and then Honda took it again with the Civic Type-R. Surely this couldn’t stand from the people who brought us the Renault 5 Turbo, Clio 182 RS, Clio V6, Renault R26.R, Twingo RS and the list goes on really.

Renault has fired some potshots at other manufacturers, claiming that whilst they seek ever higher power outputs in their cars to achieve lap times, Renault does it the right way with cornering speed through three simple pillars of thought: Weight reduction, Aerodynamic Efficiency and Suspension Systems. By exerting their expertise on these areas, Renault was able to take the out-right FWD lap record at the Nurburgring Nordschleife of 7:40.1, beating out the 7:43.8 that the FK8 Honda Civic Type R set back in 2017. What exactly did they change to make the Trophy-R so quick though? Let’s run through Renault’s breakdown of changes. 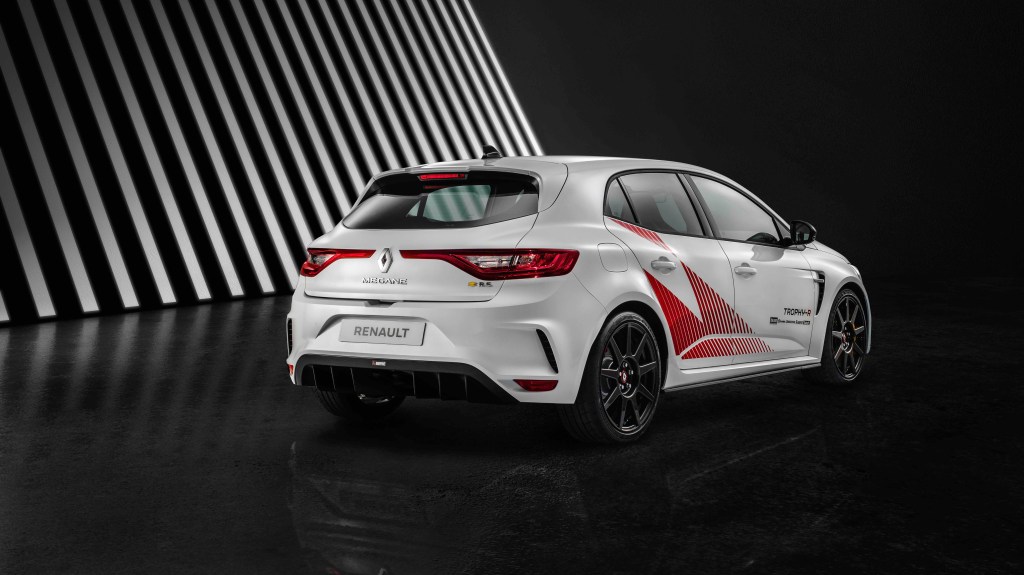 The total weight saving for the Trophy-R is 130kg over the standard R.S Trophy model, in its lightest spec of course. This means that the dry weight for Trophy-R is 1,306kg with 226HP per tonne compared to the standard Trophy’s 206hp per tonne, and power to weight is where it all starts to come together on the track. Some of the bits that have been modified on the Trophy-R for lightness is the bonnet, now made of a Carbon composite saving 8kg. The new alloy Fuji Light 19″ wheels save 2kg per corner, and if you opt for the Carbon Revolution wheels, you will save 4kg per corner, although undoubtedly they will be a very expensive option. The largest weight saving on the Trophy-R is in the rear axle, which has saved an immense 32kg by ditching the 4 wheel steering system used in the Megane RS Trophy, as they felt that the level of drivers that will be buying the Trophy-R will be able to get more out of the car without the assistance of 4 wheel steering. 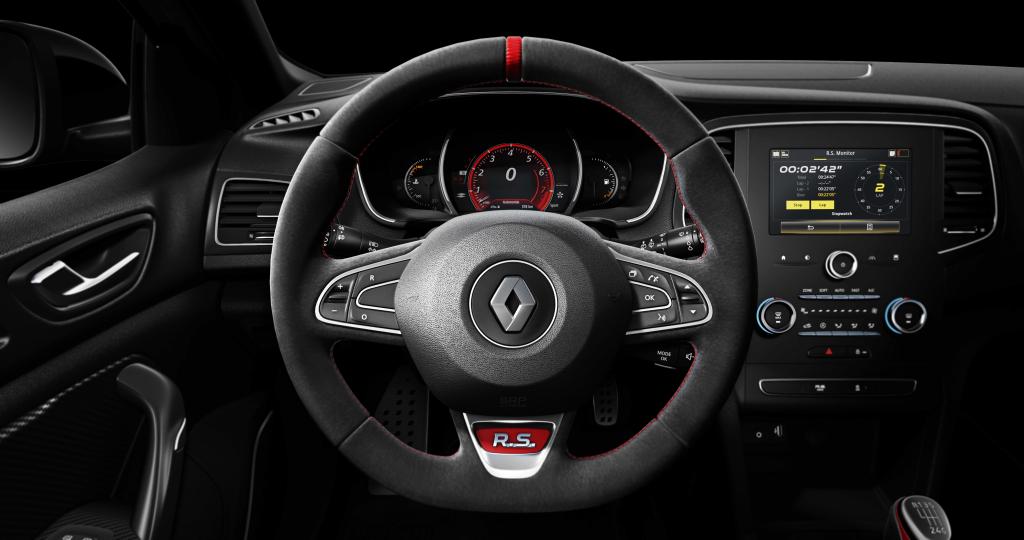 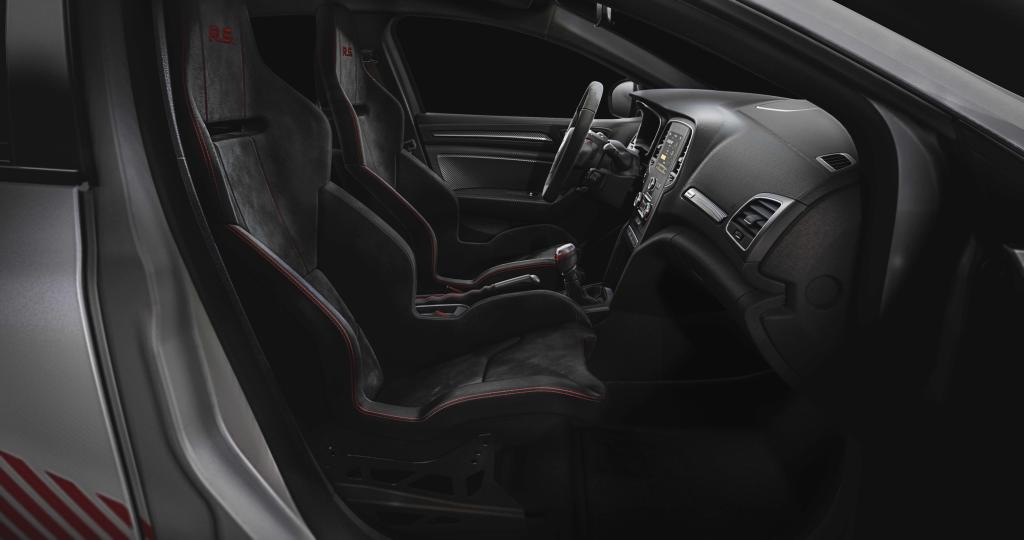 On the interior, there are some Sabelt Alcantara seats which save 7kg each, and with no rear seats saving 3kg across the rear seat. One thing that is quite extreme is the deletion of the rear wiper on the rear window, along with its motor and wiring looms, saving 3kg. Is that worth it though? It’s a step in weight saving that I feel damages the car as a car, meaning it’s going to be like driving a van in heavy rain. Finally, a smaller 7.0-inch infotainment screen has been installed to save 250 grams, roughly the same as a tin of tomatoes to put it in perspective.

The front suspension of the Trophy-R has been revised to allow for more negative camber, whilst the front axle maintains itself as an independent pivot point to try and keep the tyres at a constant high level of grip through high-speed corners. An LSD by Torsen has been carried over from the regular R.S Trophy to improve the traction of the car when exiting the corners. Öhlins dampers have been engineered specially for the Trophy-R, allowing for adjustment by the drivers of the car to help them get the right car setup for them. A strut brace has been added in place of the rear bench to give the chassis a stiffer setup and reduce the body roll. Some Bridgestone tyres have been specially developed for the Trophy-R, which Renault say will come standard on all Trophy-Rs and as an option for the regular Trophy, allowing you to run them on the roads as well as on the Nordschleife for a record run. Finally, the brakes are larger 42mm four-piston Brembo callipers, with optional carbon ceramic discs to go with the 19″ wheels, likely the braking setup used for the record run due to the increased efficiency and performance capacity available from carbon ceramics, despite not being readily available at Euro Car Parts or Halfords. 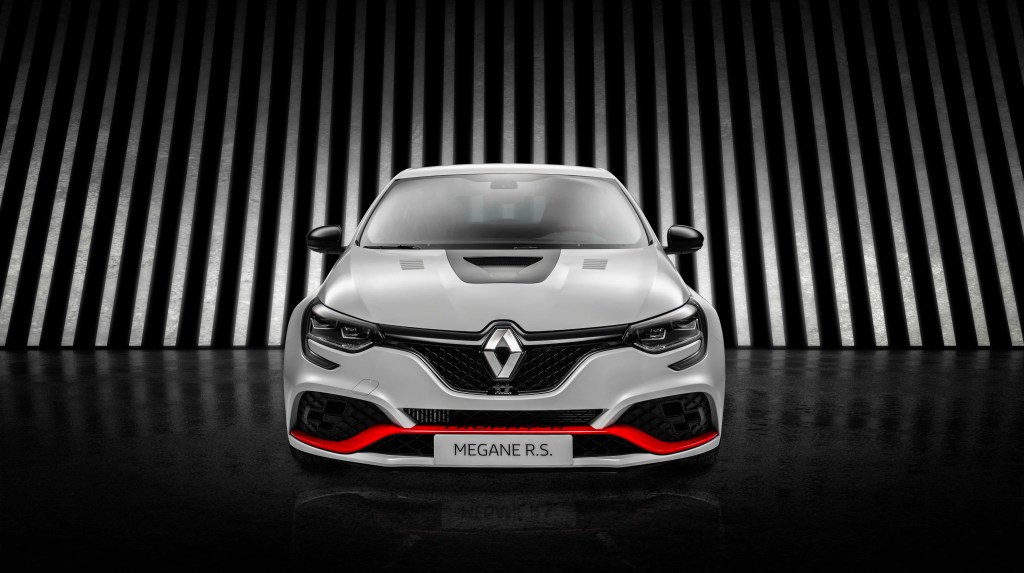 One of the biggest things to note about the aerodynamics of the Trophy-R is the NACA intake on the new Carbon composite bonnet, which is supposed to increase the airflow around the car by 7% and improve engine cooling, with lateral louvres helping to dissipate engine heat build up when it’s stationary. A new front bumper blade increases the grip and aero efficiency, helping to push air under the floor of the car, which has also been redesigned to improve the rear diffuser’s effect. The carbon fibre rear diffuser has added curved blades similar to ones used by the Enstone-based Formula 1 team, providing a larger effective surface area. This diffuser also has a tailor-made exhaust Titanium exhaust system by the noisy folks at Akrapovič, crafted to fit the profile of the rear diffuser to prevent any disruption to the smooth airflow.

The Trophy-R will be produced in a limited production run of 500 units, with pricing yet to be revealed, I imagine owners should be expected to fork up at least £40,000 for this without options as it appears Renault have gone all-out on the development of this car, to try and maintain the top dogs in the hot hatch game. The constant pursuit of Nurburgring lap times will continue to provide us with some entertainment, but the constant “ego bout” should I say, is going to lead to some silly lap times in the future, and some even sillier hot hatch prices.

Of these 500 models, 30 of them will feature the most exclusive options, these 30 likely to be the ones you could try out a Nordschleife lap record in. They will feature the Carbon fibre wheels in addition to the standard Fuji Lights, allowing you to swap them out (I wouldn’t want to kerb my carbon fibre wheels) when you won’t be needing to save weight. Along with this you also get the Carbon-Ceramic pack, featuring the front and rear carbon-ceramic brake discs, and air intakes which improve cooling and aerodynamics that replace the R.S Vision headlights. 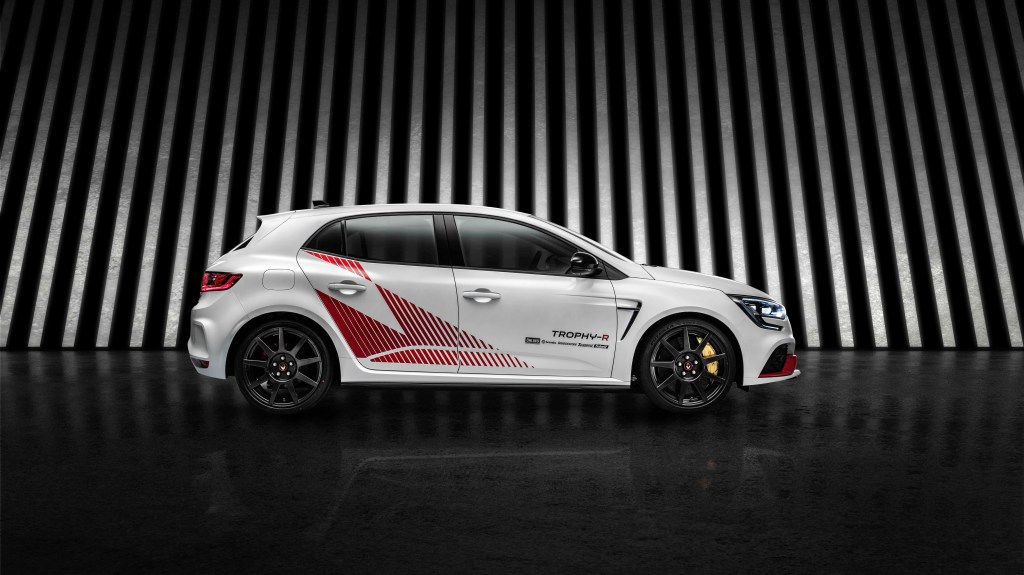