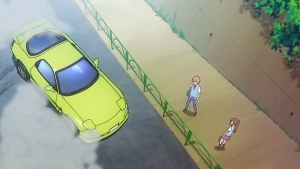 If you’ve ever talked to me, then you’ll know that I’m a fairly big anime and manga fan. This is true for a huge number of people around the world, easily over 100 million. The car community is also another huge community, so it can’t be surprising that there are people that like both anime and cars. At first glance, these two communities look very different, but under the surface, they’re actually kind of similar. Within each community, you’ll see people enjoying certain things, hating on others, and discussing current news. Having favourite cars and characters, genres and motorsports, the list goes on. So let’s explore the world of Itasha, when the two mix…

I think it’s safe to say that the car community doesn’t receive too much hate from outside, but that’s not true about the anime community as you’ll see here. In English, Itasha translates to “painful car”. What actually is it then? An Itasha car is a car that has stickers, wraps, or other decorations inspired from anime, manga or games. You might be able to find a translation for Japanese slang where Itasha means an imported Italian car, however, this is less used now because of the modern definition. Itasha gets its name from Itai which means painful. In this context it means “painful for the wallet”, or “painful to look at”.

I think it’s somewhat understandable why it gets its’ name. If you don’t particularly like Otaku culture and saw one of your favourite cars with an Itasha livery, then it might be hard to not dislike it. 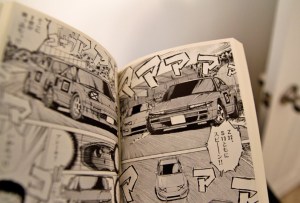 A snippet of ‘Over Rev!’, a lesser-known motoring manga series

What might come to a surprise to people is that Itasha roots back to the 1980s in Japan. People would start decorating their cars with a few plushies and stickers. Although you can’t exactly call these proper Itasha cars, it’s definitely a place of origin. The first actual Itasha car that we know of was seen in 2005, at Comiket 68 – A Doujinshi (manga, often amateur) convention. This seemed to get more people interested in it and by 2007, the first-ever Itasha based convention was hosted in Ariake, Japan.

Well, then where are they? 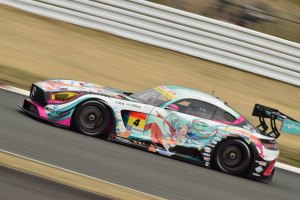 Over the past decade, you can see a steadily growing popularity in Itasha cars. It’s not just within Japan either. You can find Itasha in Eastern Asia, Brazil, the US and the UK… though you have to be lucky in some places! If you’re a fan of motorsport, then you might have already seen Itasha cars making their way into official track cars. These include events such as Spa 24 Hours, Autobacs Super GT, and TT-Zero. The most popular racing team that uses itasha the most is Good Smile Racing, and they’ve competed in a decent amount of events too.

So maybe if you can’t exactly see one in real life, where you can see itasha even more commonly are in games! Since you don’t need to go through the long process it takes in real life, you can quite easily do it in-game with practice. Some games like Forza Horizon 4 even let you download someone else’s decal for you to use on your livery. 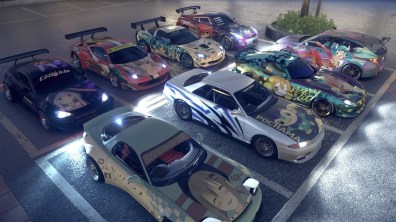 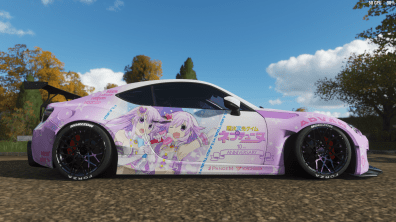 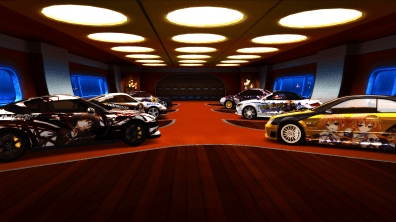 A TDU2 mod with itasha wraps for certain cars

There are a fair few steps before you jump right into creating your own itasha car. Some of the steps aren’t actually physical but more of a mental step in having the confidence to make one. As Gears and Gasoline say in their “Why do you love cars?” video, in a way, a car is an extension of you. You modify it to reflect your personality, your identity. The video below is one of my favourite videos, as it goes around to many itasha car owners and asks them why or how they got into it. You can clearly see that many of them say they were very shy at first, but now they’re really confident. Much like when two WRXs see each other, itasha owners are generally super friendly and can distinguish people just from their wraps.

Of course as with anything car related, you’ve got to have the money to do it! Cars are an expensive hobby, so don’t be super surprised if it’s a hefty bill. This is mainly due to owners not just simply adding a wrap to their car and calling it a day. Often they’ll have body kits too.

From idea to showcase 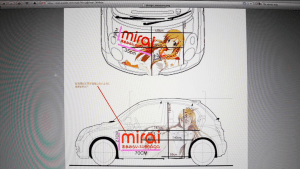 Adjusting this wrap to fit a Nissan Leaf

Now the fun begins! Designs have to be drawn first, with a digital form. Then you can start adjusting it to match the exact specifications of your chosen car using blueprints. Your design is then printed from a special printer that uses ink that won’t fade in the sun. Here’s where you’ll need to be extra careful though. Using a crafting knife, you must cut out your design from the sheet. This is all very time consuming, as you want to get it to look exactly how you want it to.

Lots of skill is required for this next part as it’s extremely hard to master. A transparent, protective sheet needs to be placed on top of the printed sheet and using a roller to eliminate the possibility of air bubbles. Once that’s done, you can remove the printed sheet and the design will have stuck to the transparent sheet. With a couple of people to hold up the sheet, it needs to be heated up and pressed gently so that it sticks to the car. This is a very hard process to be able to stick the wrap to the car over awkward parts such as the window edge. 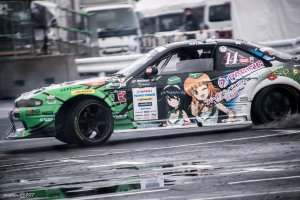 A Girls Und Panzer inspired Drift Skyline in the wet!

That’s it! The car is finished! Of course, this process can take many months from the initial idea, but your wait is worthwhile! Now you can show off your pride and joy to the public, and join this wonderful and interesting community. If you had the chance, what would you make? For me, it’d be a blobeye Impreza WRX STi to complement a Mashiro Shiina livery. Or maybe you think it’s an eyesore? Let us know on our discord server!