The Supra 2019 Syndrome: Living Up To Expectations

A name can be hard to live up to, names like Schumacher, Ford, Hill, Earnhardt, Andretti. These are all just the names of famous people who could go fast or make things fast, but some names can create a legacy that is hard to ever match, and this might be one of those legacies… 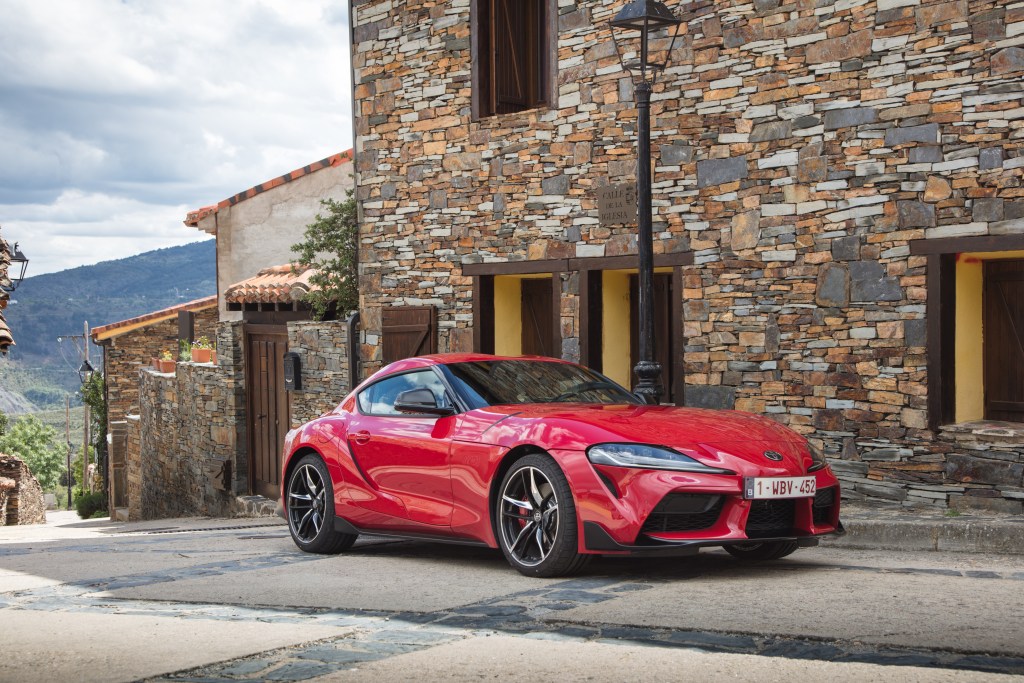 Now, nobody has asked me for my opinion on the new Supra, but I figured I would wade in as a fan of both Toyota and BMW, and try and look at this in a more positive light because this car is quite interesting to me.

First of all, I suppose we will discuss the last Supra, the MKIV A80 Supra. This was infamous for its 2JZ straight-six engine, which was overbuilt for the power it produced and became the beating heart of tuning culture for anybody who got their hands on one. The tuning capabilities of the Supra, and the amount of power you could produce with a Supra (Supposedly… although I fear the figures are grossly exaggerated normally) were what made it so special, because as far as I have found out the original Supra was seen as a sporty-GT car before it hit affordable prices for tuners to start getting their grubby grease-covered hands on them.

The Fast and Furious franchise helped to boost the Supra’s namesake into popular culture, helping to increase its namesakes’ perception in the public eye and greatly increasing its value on the second-hand market. Next after the fast and furious, came YouTube. If you hang about watching amateur car videos on YouTube, or anything supercar related then I’m sure you would have encountered the YouTube algorithm, and how it likes to recommend you countless videos of “TWIN TURBO 2JZ SUPRA VS LAMBORGHINI” showing the mighty 2JZ powered Supra slaying the vehicle elite in their supercars on some random bit of motorway, with the turbos spooling up with such theatrics that it would appear it needs air space clearance before hitting the boost. Did I mention the dials? It can’t be a modified Supra without a flight decks worth of dials on the dash! 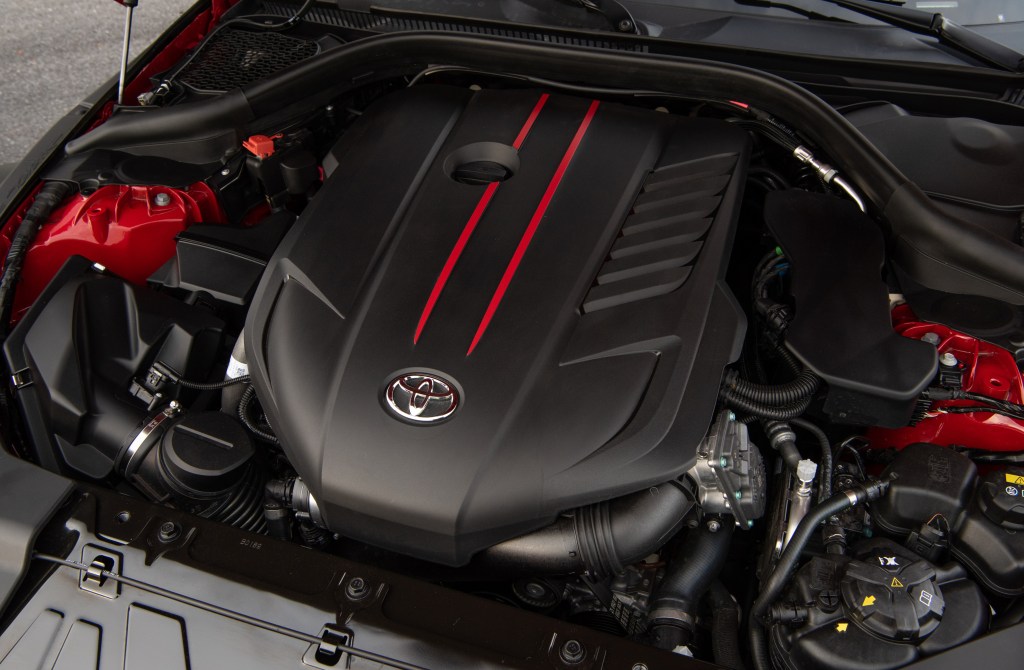 So, the engine is the first bugbear of the new Supra, it’s not a JZ of any kind. Not a 3JZ, not Toyota at all. Instead, it will be using the 3.0l BMW B58 Straight-Six engine, which will be powering the all-new Z4, a car that shares the same platform as the Supra, as well as the 2020 Morgan Plus Six. So, this engine isn’t Japanese, it’s not a JZ, and it is being shared by a convertible that will likely be bought by hairdressers and the retired, and then the glorious little Morgan that could, or will I suppose as it isn’t out yet. If you wanted to complain about it not being an engine produced and developed by Toyota, and not being a continuation of the JZ engine I suppose you’re right to be a bit miffed about it. The heart of the Supra was the 2JZ, and how it was overbuilt for the power it produced in its stock form, which is less than the new Supra which will put out 335HP. One of the problems that the power output produces, is the fact that the BMW Z4 will produce 382HP. Now, I’m sure you can just fix that with a quick chip-tune but the fact that there is such a power difference between the cars is concerning for consumers.

Personally, the B58 being supplied by BMW isn’t the end of the world. Unfortunately, it is not a new JZ which is a shame, BUT it is not the end of the world. BMW is one of the manufacturers still making good straight-six engines, such as the N55 found in the M2 Comp, M3 and M4. These engines are good workhorses and can make decent power, which is what most of the concern is about I think, that it won’t live up to the potential of a 2JZ. It’s going to be an expensive endeavour for Toyota to develop a successor to the 2JZ, and when another manufacturer approaches you saying “Hey, we want to develop a new sports car and wondered if you could help”, it’s hard to ignore the opportunity given the demand from Toyota fans for a new Supra. I don’t believe that the Subaru and Toyota partnership with the BRZ/GT86 platform met such resistance from the community, despite essentially being a lesser sports car than what this Supra will be, in terms of pure performance. This is again because of peoples attachment to the Supra name, but the perception of the Supra for a long time hasn’t been imaging the Supra as it came from the factory, it has been the 1000HP, street racing turbo monsters that dominate the interweb. 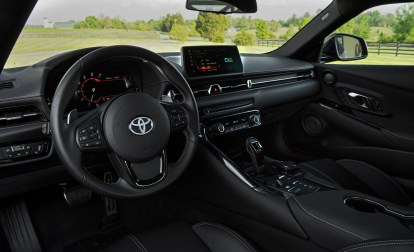 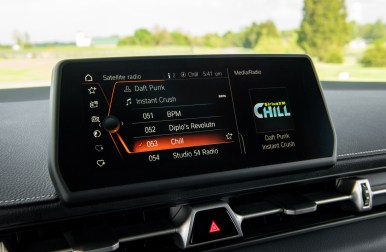 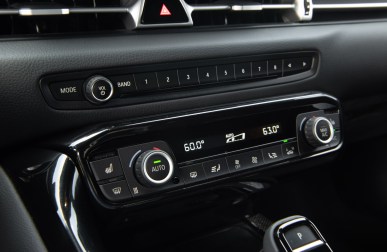 Another point of frustration for fans of the Supra, who are likely to never even test drive one, is the interior. The entire interior of the car seems to be snapped from the BMW Z4, including the infotainment system, switchgear, and the seats look an awful lot like the ones I found in my dads BMW M4 a few years ago. And again, I don’t see this as a problem. I like the BMW interiors they produce these days, despite the fact that people say they are in dire need of an update; because I say if it ain’t broke don’t fix it! The iDrive system that BMW uses is nice to use and doesn’t require tapping on the screen whilst trying to look at the road at the same time, which always feels a bit silly to me in modern cars. 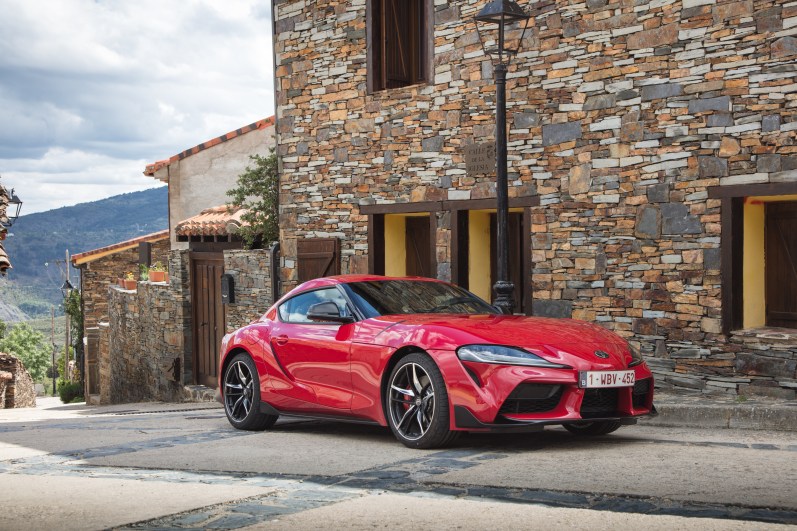 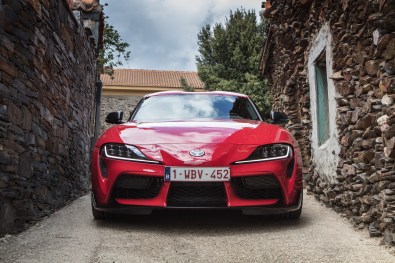 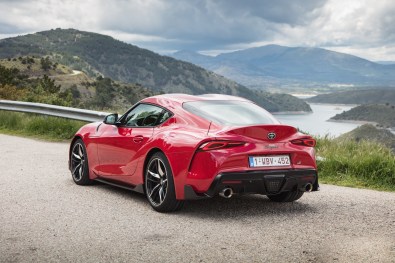 Styling of the car is something that Toyota have done themselves, and if you ignore any BMW suspension parts and the Z4 chassis, you would be forgiven for thinking from the outside that it had anything to do with BMW. As I found out myself from watching a Doug DeMuro video, a lot of the cooling vents are covered up and non-functional, but Toyota has said that they can be opened up for extra airflow by aftermarket tuning companies. Similar things on the Toyota can be found, that appears to be leaving a lot up to aftermarket companies such as a reinforced boot to support a large aftermarket wing. These seem to be oversights at first, but I think it’s a good call by Toyota to not only save costs but help to try and inspire tuning companies to take the Supra further than they felt they could. I’m looking forward to seeing a Supra in the flesh, so I can yell out “Is that a supra?” to the disappointment of those around me, and experience that rather interesting derriere myself because it does look quite tasty. 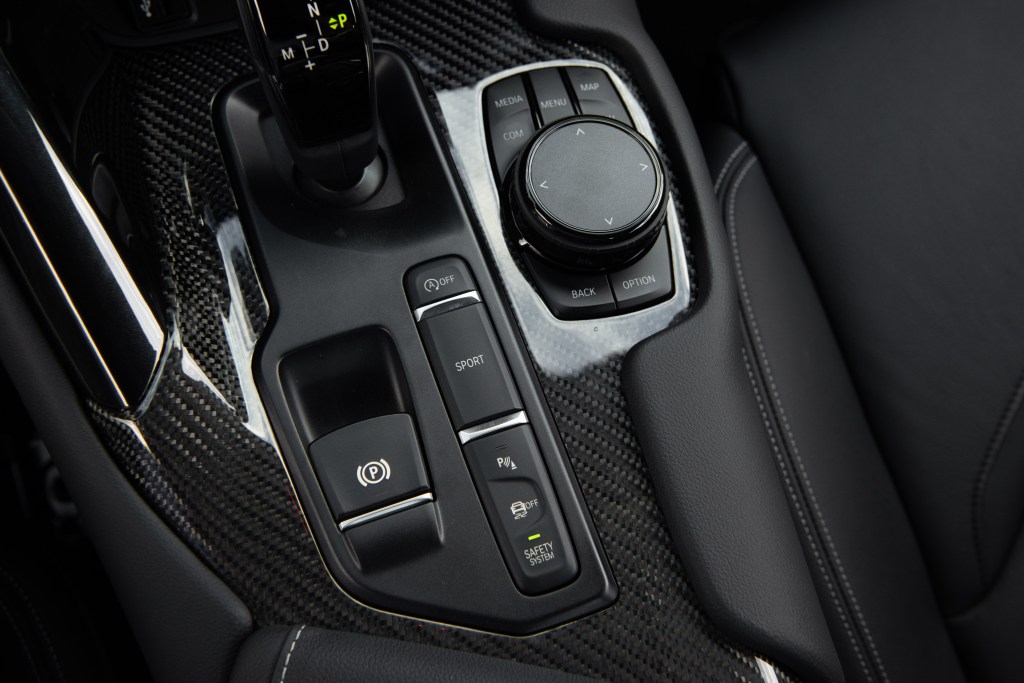 The biggest flaw of the new Supra is not the engine, but the gearbox. This car, which has been marketed as a drivers car and a pure sports car experience, can only be optioned with a… ZF automatic. Although Toyota has said they may explore options in the future for a manual gearbox, it’s another blow to the manual gearbox in the modern car market which seems to be dying out to its admittedly superior rival, which can do everything better except giving you the interaction of having a favourite gearshift, or coming off the clutch too quickly for the first time and stalling out at a traffic light. Reviewers have said that the gearbox feels good, not great but will lament about the loss of a manual. Automatics are surely to take up the majority of sales for the Supra if a manual was present, but having the option attracts an extra few customers to the car that may help offset the cost of development.

Without a manual gearbox and less power than a convertible two-seater of the same platform, the Supra may seem to be a lost cause to some. But I have a feeling that it is already better than the Supra, and as we mentioned at the start of this little rant; Living up to expectations is hard. The perception of the Toyota Supra is this flame-spitting, supercar slaying 1000HP demon for the road, with its turbo flutter chattering away into the night sky. That is not what the Supra is, not how it comes out the box at least. The last Supra came in a different time and was more of a GT car than a sports car. Its rivals at the time like the Honda NSX and Nissan GTR have moved up the bracket into a new price range, and upped their game, leaving the Supra to lament in the same price bracket as it’s predecessor, with not much more to show for it as a result, falling back from its 90s competition. But there is hope for the new Supra still when deliveries start taking place in the coming months we will see true customer experiences, and get to see the madness that ensues as tuning companies start trying to piece together the ultimate Supra experience. Will the B58 live up to expectations? Who knows. Probably not, but we can only hope! 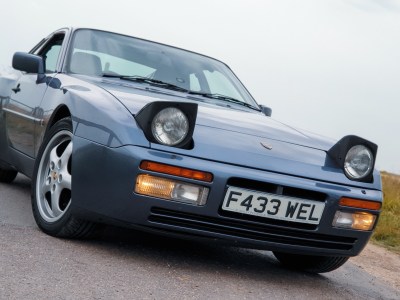