Audi has recently announced their new 2020 models, and our friends in the US will get an estate model for the first time – the RS6 Avant. However this year, Audi is celebrating 25 years of their RS models, from 1994, where the line up all started.

In the 80’s Audi were building up their reputation via the Group B Quattro and the Trans-Am 200, both of which were huge successes. In terms of motorsport is questionable, granted. But it definitely spread the word that Audi wasn’t willing to hide in Volkwagen’s shadows. 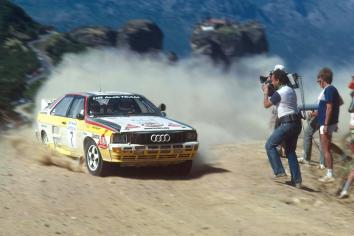 In 1991, Audi produced a sportier two-door car based on the Audi 80 – the Audi S2. However, Audi wanted to take it one step further. So they got their friends at Porsche to create a joint project between the two companies and the outcome, was something truly magical.

The Audi RS2 Avant was an estate of the Audi S2, with 5 doors, however, this isn’t all. It was more powerful, pumping out 311bhp out of a fire-breathing turbocharged inline 5 engine – the same power unit that the Quattro and 200 had. This leads to a blistering 4.8 seconds 0-62 time and an electronically limited top speed of 163mph, in an estate! 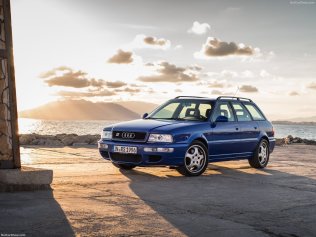 Thanks to the All-Wheel Drive system, this allowed the RS2 to accelerate to 30mph faster than the McLaren F1 and Jacques Villeneuve’s F1 car! This was certainly confirmed by Autocar in 1995. Porsche’s suspension and brakes lead to the RS2 feeling like a proper sports car.

So did it sell? Unfortunately not as it cost about the same price as a Porsche 911 at the time. And who wouldn’t rather be cruising around in a luxurious, well-known sports car than what looked like a grocery getter?

The American Tiger Woods becomes the youngest player to win a Grand Slam. Japan released the PlayStation 2, and Germany gave us a load of fun cars to play with! One of which was the Audi RS4. It had been 5 years after the production of the RS2 Avant stopped, the RS line up is here to stay for good this time.

The RS4 Had a 2.7l V6 BiTurbo engine, making 375bhp from the factory which was ready to crush the current BMW M3 of the time, one of its’ main competitors. The B5 generation has had many praises by owners, whether it’s the S4 or the A4. 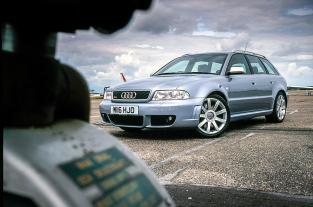 The solid engine allowed the RS4 to push some interesting figures. You might remember the old, popular video of a 600hp Audi RS4 Avant beating a Porsche 911 on the Autobahn. Funnily enough, some of Porsche’s handling parts from the RS2 made it onto the RS4. However, the high price tag of over £40k made it out of reach to most.

Hence why the B5 S4 got the most attention for being an affordable normal-looking car, while still packing a good punch.

Out of the Supercar, into the Station Wagon

Audi has been known to have had some weird engine choices in cars, such as the V12 Twin-Turbo Diesel Audi Q7 which had 200nm more torque than the Pagani Zonda R of the time. One of these engines was an Audi-made V10, which may sound familiar. It’s derived from the same engine as the Audi R8 and the Lamborghini Gallardo, but not the exact same, with 400 unique engine parts. While the V10 in the supercars were naturally-aspirated, this bad boy was twin-turbocharged making a menacing 571bhp. This was 70bhp more than the V10 in the BMW M5 for comparison. So what car to put this engine in? 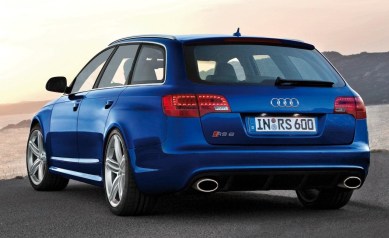 Well it was obvious, wasn’t it? It just had to be the new R8, surely? Nope. Enter the Audi RS6 – one of the biggest Audi models. Yes, this colossal 2-tonne estate had a supercar derived engine.

So you can put that Ikea in the boot and launch from that traffic light and get up to 60mph in 3.9 seconds- the saloon not the estate, although the estate isn’t far off at 4.1 seconds!

“Who’s the one laughing now?”

The Audi TT is an interesting car, it started its’ life as a joke, of being a 2 door coupe that didn’t impress, both performance-wise and visually. It would be one of the go-to cars if you wanted to give the impression that you were richer than you actually were. Definitely rated as one of the worst sports cars. 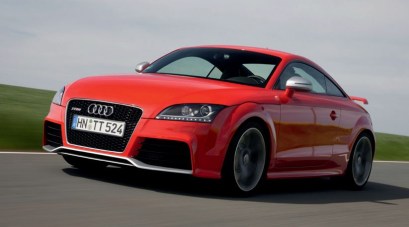 So how do you recover from a hit such as this? Well instead of ending the TTs production, what if Audi tried to go back to basics? So in 2009, Audi released the TTRS, with a brand new & refreshed inline 5, just as it was back in the 80s.

The TT was back, and it was ready to show it’s new shiny RS badge. It kept the overall shape of the previous generation, but with the new Audi ‘face’. Unfortunately, many weren’t over the joke about the TT being a hairdressers car, and not that many people actually bought it, but those that did praise it for coming back strong, and over the years the TTRS got better and better. We actually wrote an article on the latest generation of TTRS.

The Apple Doesn’t Fall Far From the Tree

The 1980s were arguably the glory days for Audi. However, that was almost 40 years ago. And the only thing left to remember them is the AWD system name that shares its’ name with the Audi Quattro. Well, recently Audi gave us this gem – the RS3. 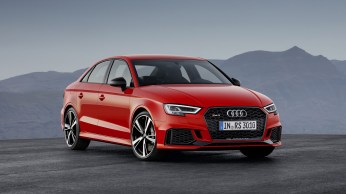 Yes, the A3 family was first based on the Volkswagen Golf, and not Audi’s own chassis. So one could argue that it’s just a more expensive Golf R.

Remember that Inline 5 from the TTRS? Now it’s back, packing a bigger punch, pushing 400bhp! Audi claimed that it could do a 4.1 second 0-62 time. However, the guys at Motor Trend wanted to see if this was really the case. The results of their test? The RS3 did it in a neck-breaking 3.7 seconds and went on to reach its’ electronically limited top speed of 165mph in 26.3 seconds! Not bad for a ‘glorified Golf’.

What’s the Audi Got Planned for the Future?

If you’re an American, chances are that you would’ve already been spammed with the brand new 2020 Audi RS6 Avant. This is not all that Audi has in stock for 2020, models such as the RS7 Sportback are also getting a fresh redesign and being sold in the US. 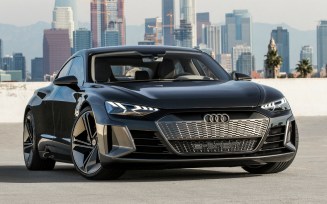 Could an electric car get the famed RS badge from Audi? In 2019, there were rumours about the Audi TTRS becoming an electric car. The 2020 E-Tron GT looks very much like the TTRS in my opinion.

The Porsche Taycan has stolen the E-Tron GT’s thunder, despite being essentially the same car.

And, to be rather honest, it would’ve been nice to see another Porsche-Audi collaboration like the early RS models.

What has happened to Sebastian Vettel?