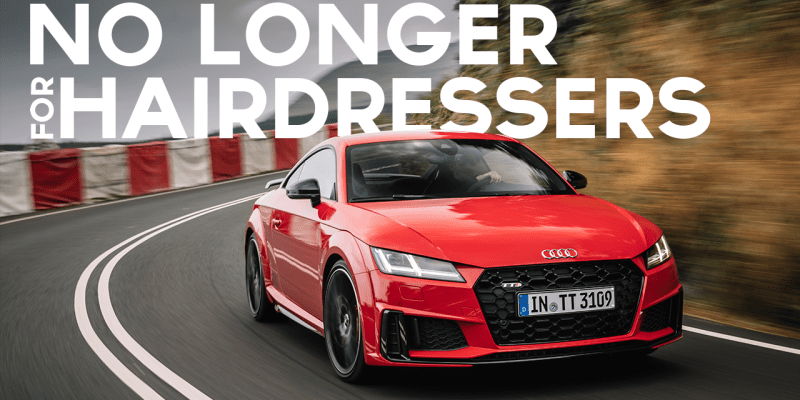 For years the Audi TT has been at the butt end of jokes for its girly looks and ‘cutesie’ curves – but perhaps that is now a bygone era?

Honestly? I think so. The latest TT model looks genuinely terrifying from certain angles and has an aggressive stance that really makes the current generation ‘pop’. Granted, pretty much every car on the market is following this trend of a sleek rear end and puffer-fish like front intakes so it’s hardly surprising the current style of the TT looks like it was modelled on a snapping turtle. 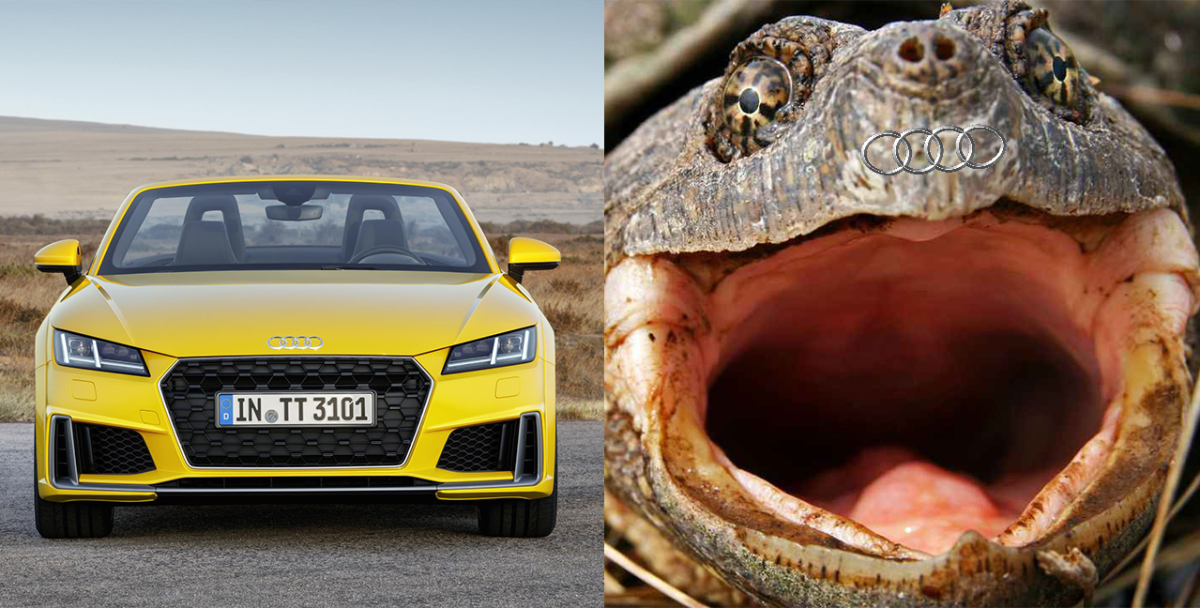 I rest my case…

Credit where credit is due to the Audi styling department because the TT is now a car I would seriously consider buying. Not that I would ever bee able to afford such a thing right now, I can barely afford to fix my MK2 Escort’s clutch at this point from an unhealthy amount of snow drifting and past punishment from owners before me – we’re getting a tad off topic, aren’t we?

If you’ve been living under a metaphorical rock, or have just been oblivious like us, you may have missed that it was recently the 20th anniversary since the Audi TT first hit the showrooms.

In its double-decade anniversary year enhancements to exterior design, power upgrades and an equipment uplift make the case for the compact sports car even more compelling, as does the inclusion in the latest range of a special edition ‘TT 20 years’ model drawing inspiration from one of the first concept cars and limited to just 999 examples worldwide.

When the TT first released it was pretty revolutionary – redesigning what it meant to be a sports car. I also would have been about two years old at the time so sorry Audi, I missed your big reveal.

So naturally, with the TT being 20 years old – it was only right to head to one location in particular, the Isle of Man TT track of course…

Now if you’re currently overwhelmed with emotions and if one of which is jealousy because some lucky bugger got to drive a very cool TT around a very cool circuit – Don’t worry because you’re not alone. Audi invited along the industry’s best (i.e, not us – Hint, hint – nudge, nudge Audi UK PR) to try out the new anniversary edition. And from what we know, it’s bloody good.

First up there has been a slight face-lift with the addition of a fixed rear wing and some extra black bits with the added air intakes looking good, but not actually being real. The interior is typically Audi with a clean design with a fantastic looking dashboard so the driver can focus on the task at hand.

The engine is a 2.0l turbocharged, 4-cylinder engine pushing just over the 300hp mark and 295 ft-lb. The 0-62mph time isn’t bad either with the TTS getting there in 4.5s – Not bad for a car supposedly for Essex based hairdressers.

For the S line, a new 19-inch wheel design freshens the profile, and the Black Edition specification which sits one rung above also benefits from a wheel upgrade from the existing 19-inch to a new 20-inch design. It is also set apart by the addition of the fixed rear spoiler previously reserved for the mighty TT RS as a replacement for the current speed-dependent active spoiler, which becomes a no-cost option.

Overall the new TTS is a considerable upgrade and great alternative to the TT-RS models. But don’t just take our word for it, here’s what Drew Stearne had to say about it.

The Rally Legends of Goodwood Festival of Speed