With the 2010s over… Let us review what we think are the best looking Cars of the Decade.

With this decade of Formula 1 now having passed, we have well over 100 Cars to look at. Some of them were simply shocking (We’re looking at you, 2014, you ruined everything), yet others were quite beautiful. Now, this is of course merely a list of Cars that are good looking. They are not all necessarily the best or my favorite Cars, just the best looking Formula 1 cars in my opinion. So with that out of the way, let’s begin!

Not everyone is a Fan of the bigger cars introduced to Formula 1 in 2017, but I am, look-wise anyways. Pink is also something I almost always utterly despise on any car, but I like this one.

The car, clearly, used Pink base color over the entire car(Unlike its successors which used Pink and White). And you could say there is a definite lack of Variety in Colors. But I find that the blue of the fairly small BWT logos makes up for it. It is also just simply unique in Colors, which I rather like. In addition, I also just simply like the shape of it, particularly frontally.

Is it the most stunning Formula 1 car ever? No. Do I like it in spite of my dislike of nearly every other Pink car on the Planet? Absolutely

The 2019 Season saw quite a few good looking cars in my Opinion. Several teams made rather substantial improvements in this regard including Mercedes and McLaren. But one simple change on the Alfa from the Sauber livery of the Year before made the C38 look stunning compared to the rest of the Grid in my Opinion. That simple change was the extension of the Red portion of the Back of the car all the way to the Halo. This meant at all angles the car had a wonderful contrast in Dark and Bright colors (With Red and White being very complimentary of each other in my opinion). In addition, Alfa tried a new philosophy regarding it’s Front Wing, and i thought it looked rather nice.

Overall, Alfa did an excellent job in making a good looking car this Year, and it’s earned them a place on this list.

It’s safe to say the stepped Noses of 2012 and 2013 are probably not the Formula 1 Communities favorite aesthetic. But since this list is a Dictatorship and not a Democracy, I don’t care!

Joke’s aside, I loved these 2 Years of cars and I loved the early 2010s as an era. And the E20 is one of many cars from that Year that looked good to me. Black and Gold is a rather Iconic livery on cars, and this was one of my favorites. With a Black base and Gold line Accents running all over, it looked wonderful. In addition, the Red End-Plates on the Wings only served to complement the looks.

2012 was such a good Season that it’s now made up 20% of the list, so here is the first of the “OP Newey cars that are the only Reason Vettel is a World Champion“. Now forgetting the fact that the McLaren had superiority over it for at least half of the Season, I love this car.

The dark, glossy Blue Base used by Red Bull in this Era is fantastic in my opinion. The Red Bull logo looks near-perfect in the position it is and I even like the Yellow bits on it (Spoiler; I don’t truly love Yellow). The Red and White striping on the front of the car is also rather nice against the Blue

……Plus this car might actually survive a collision in Brazil…

From winning to spinning, we have the 2018 Ferrari Title Challenger.

This car looked great to me. While many probably didn’t like the Halo, I didn’t hate it, I thought it was no issue. In addition, the rest of the car looked good. A bright Red base(Original for Ferrari I know) with a white accent on the Fin. Up until the Mission Winnow sponsor, the car also looked very Clean (considering I put a Red Bull and a Lotus before this you’d think I didn’t care). In addition, I thought the car was a nice proportioning of Length to Width. And as stated, the livery suits the shape of 2018 cars to me.

The reasons this does not end up higher, however, is that the Halo is still unappealing at some Angles, and I preferred the Shark Fins of 2017.

Back from Spinning and on to Winning, we have the Car that set the Pace from the start of the Decade; The RB6

2010 Saw some brilliant cars and this one is no exception. Basically, take everything I said about the RB8 and apply it to this Chassis, The primary reasons I like it more are the Red Bull Logo on the rear Wing End plates, and the squared off Shark Fin instead of the Gradual curved engine cover only. Other than that I really don’t need to say much, It’s simply a car I like.

It might not have beaten the RB6 on track, but it does here.

We’ll start with physical Shape on this one. It’s brilliant. It’s a bit curvier than the RB6 from most angles and that suits it. In my opinion, it looks a bit more intimidating yet more elegant than the RB6 as well. In addition, the livery is gorgeous. With a Silver base and Rocket Red accents thanks to Vodafone sponsorship, It is simplistic Beauty.

While it does just barely miss the Podium, there are no marks against it.

Ok so, I can explain… Kind of

I’ll be real here, at first glance this thing is literally RB8 Part 2. The physical changes between 2012 and 2013 being rather minor. In fact, the most noticeable physical changes to me are in the Nose profile, the RB9 Being smoother in the Step downwards.

The biggest change and the reason it’s here is the Infiniti Logo. This Logo brought a Purple tint to the Blue backing and I thought it looked amazing. It’s not a big change over the previous Red Bulls, but it’s enough for me to simply love this appearance.

This is nearly Formula 1 car perfection to me, and it barely misses that title on the per decade Basis. The SF70H is simply Beautiful. Using a nice Bright Red backing with a Shark Fin that I love oh so much. The Larger amount of White accents also is a rather extreme bonus. I particularly like the White on the Front Wing and Shark Fin. Plus, in spite of it being a bit shorter than the 71H of 2018, it was still nicely proportioned in my eyes. If there is one Ferrari this decade I must look at forever, this is it. Now, on to the top spot…

Our top spot goes to McLaren’s 2012 car, which is easily one of the best looking Formula 1 cars ever if you ask me.

While I have said I like the stepped Noses of 2012 and 2013, this is simply better. McLaren went with a gentle curve downwards to meet the lowered Nose requirements and it looked fantastic. In addition, it had the Vodafone Livery which I loved, and the nose added a nice sensation of length in its proportions. It was the best car at the start of the 2012 Season and it looked the part.

While we do await McLaren’s return to the top step of the podium, Their last car to bring them there is a fond memory.

So there you have it, my top 10 best looking Formula 1 cars of the decade. This is, of course, all opinion and not fact. There are well over 100 Formula 1 cars to choose from in this decade and I can’t fit them all. So, I would like to thank You for reading, and if you have your own favorites; Leave them in the comments! 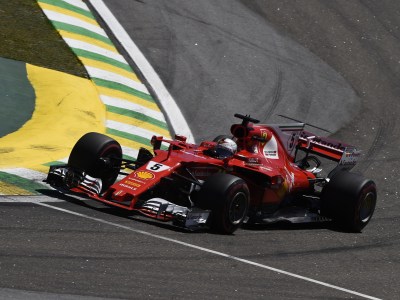 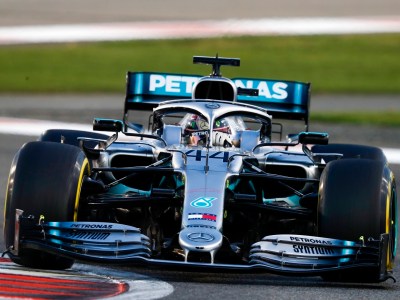