Running on just 30 minutes sleep in 24hours I picked up Liam in the bug at 10:00am, and we headed out in the bug towards our destination, Silverstone! This was a day that we had been looking to for weeks, not because it was Liam’s first ever racing event, or even because it was the longest adventure the bug had ever been on since I rebuilt the engine! No! These were minor achievements in the grand scheme of today’s event. Today we were going down to the paddock to meet the Aston Martin Racing Team at the Grand Touring Endurance along with their driver Nicki Thiim. 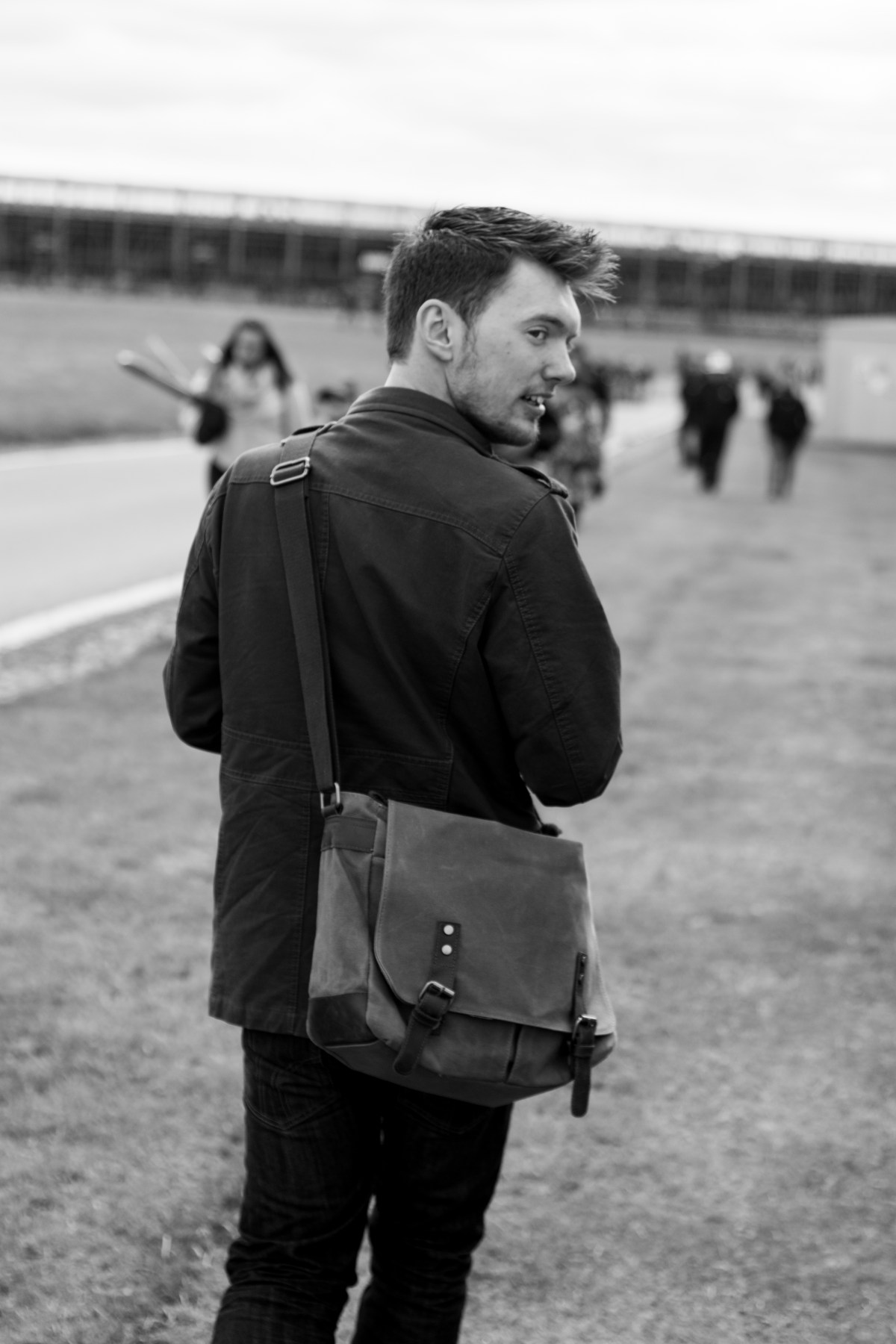 Rolling up to Silverstone at the back entrance we drove in and parked up. Grabbed our passes and wandered in. Now for those of you who have never been to Silverstone, if you enter through the main gate you are immediately greeted with the bridge that leads to the infield circuit. This creates the most incredible acoustic splendor and wafts smells only given to the offspring of gods! OK maybe a little too far, but it is absolutely awesome to behold… especially if you have never been to a racing event in your life before. I hereby hand this article over to Liam for the experience that was had walking around the track and getting the incredibly well thought us bus scheme towards the paddock!

Well thought out bus scheme is a sentence that should not be used to describe Silverstone’s shuttle travel by a long shot, well no, that’s not entirely true. To be fair the logic behind it is solid but the reliability and wait times is what’s questionable. Either way, we’re getting off topic.

At this point we were already on the shuttle heading over to the Paddock. I had begun to soak up the atmosphere, energised with the loyalty and excitement of petrolheads and appreciating the sharp smell of race fuel that hit you the moment you set foot on the track. The sound of roaring V8s echoing around the track like a ping pong ball that’s been hit Andy Murray. The guys at AMR kindly invited us to pop along and really experience what it was like in the high intensity environment of the pits. Naturally, we jumped at the opportunity as this is not just my first ever race event, but my first motorsports outing period. Bentley on the other hand, has had a little more experience with Motorsports than me.

I have indeed been to many racing events through both my childhood and adult life, ranging from Motocross and Trials events to the Grand Prix at Monaco. Many of these events I had been within the paddock area, either to view everyone or with a set team. However, this event was not like any other. I have never personally seen a fully manned crew working on such a high end racing vehicle! And this was something to behold more than bread and butter, guided into the pit lane towards AMR’s paddock by Nicki Thiim’s PA we were immediately shown the media areas, control room, spares room and the glorious opening that led to the Silverstones vast lane of paddocks.

Tension was high in this room, 30 odd mechanics each with a set role stood purposefully with the Head mechanic and team leader barking orders back and forth from the control room. Mechanics start to mobilise and Liam and I are well aware of what is just about to blow our senses to the wind. Let the V8 ROAR begin!

As Bentley said, we started to get the almost subconscious feeling something was going on. That subliminal buzz of energy building up in the air was the first obvious give away. Suddenly, the unprecedented roar of a V8 suddenly came into scene, one of Aston Martins V8 Vantage GTE cars had come in for tyre change. The crew, in position waiting to spring like an overly wound jack in the box, eagerly awaiting for the battered car to become stationary. It was clear that the number 97 car had been in some contact already with battle scarring all over the body work and rims. The melted residue of slicks peppering the outer arches like mud.

The tyre change was completed in seconds. Blink and you would’ve missed it. The clear professionalism of the team in charge of keeping those cars out on the track was starting to sink in. The focus of every team member in the pit was calm, collected and ready for whatever challenge would come their way.

As the internal jacks dropped and the AMR car idled back into it’s roar of anger the paddock was once again left in silence and as Liam said, the team once again began preparing for the next drop in!

Steady hands taking out tools, airlines being recoiled to their original positions and even the fuel guy standing by waiting for his next instructions! The entire clockwork like process was overwhelming to visualise. Snapping away during this entire sequence of events I managed to grab some shots that can be seen throughout this article.

Time went on and the race began growing closer to its finale, tensions raised further still with the crew doing several more hectic and stressful stops including a repaired bumper and replacement of the rear diffuser eating away at their time and position that had been battled for over the past 11 hours. The final driver swap came and the hour become minutes. The Number 95 car was in second place, gunning for first with the most determination I have seen in a racing series for a very long time.

This driver was both exhausted and yet somehow running on what can only be adrenaline and the powerful will to make his team proud! The last bend came into the main straight as the entire team watched anxiously on the screens mounted to the control room, their expressions changed and a sullen silence fell into a deafening sigh. Disaster had struck! The 95 car could be seen spinning out on the final corner, repeating over and over as if to give the impression that it should never be forgotten! The dust started to settle on the screens and the teams expressions of horror dissipated into a foreboding nod of heads and handshakes. Liam will explain the details!

It had become apparent this was more than just a spin. Aston Martins number 95 car had been hit on the final corner of the race and had only just managed to recover itself. It had already run out of fuel and was merely coasting towards the line, then being hit was more than a kick in the groin.

Miraculously, with sheer determination and adrenaline, the 95 car kicked itself back around, rolling over the finish line to achieve a 3rd in class, bringing success to a seemingly doomed race. I myself was even filled with joy over the dedication of all the team and drivers involved, it had become clear to me that motorsport has such passion put behind it. It’s most definitely an experience I’ll carry with me for the rest of my life. 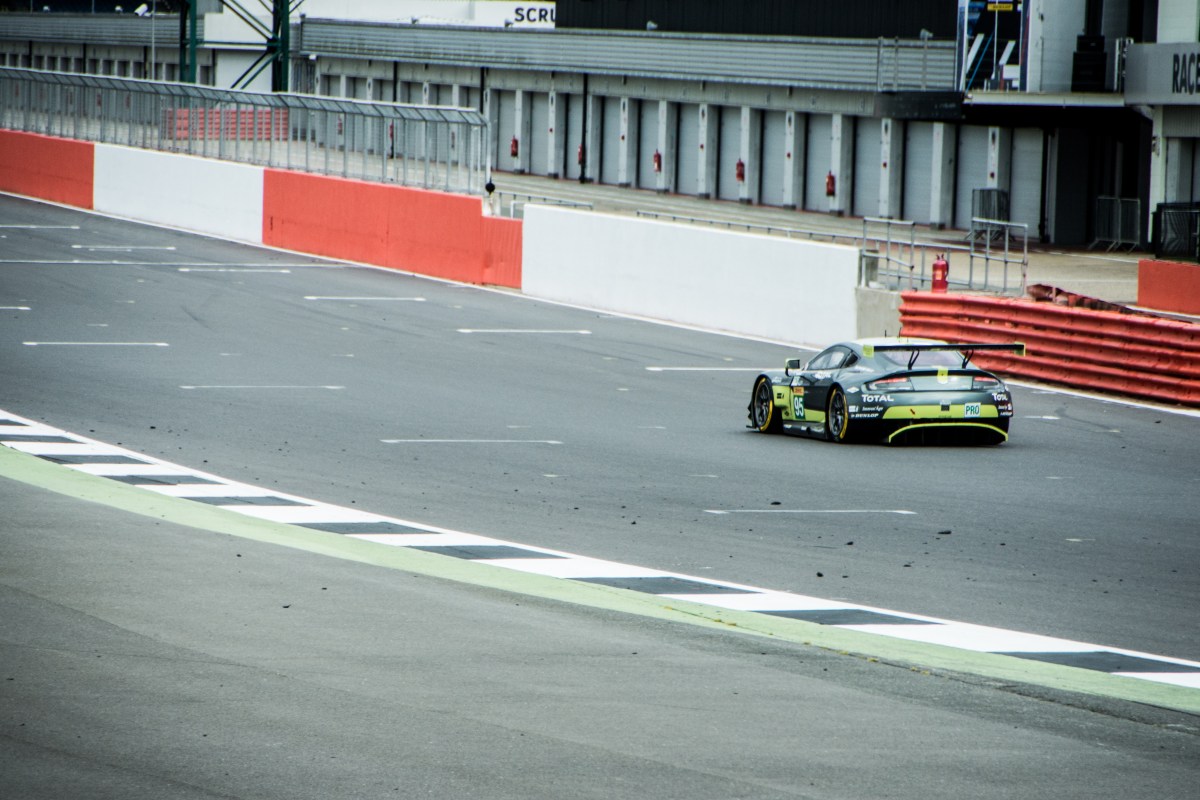 After the race had finished, we stuck around to spend some time soaking in every little detail of that day. AMR driver, Nicki Thiim also came and had a catch up with us after everything had died down which ended with a lot of fun and laughter! You can really tell that we take ourselves seriously here at The Back Roads, right?

You sure can Liam! After being beaten with a large racing utensil by Nicki, Liam and I settled in the AMR drivers tent which led to an incredibly diverse re-cap of the days racing. The long and intense battle between AMR and the Porsche team, of which we captured several shots throughout the day where the two cars were neck and neck, seconds behind one another in the running of both laps and their respective timings.

It was a heated yet civilised battle right up until around 3PM in the afternoon when a terrific fireball coming from the Porsche’s rear, ended their chances and the epic battle for 2nd place! 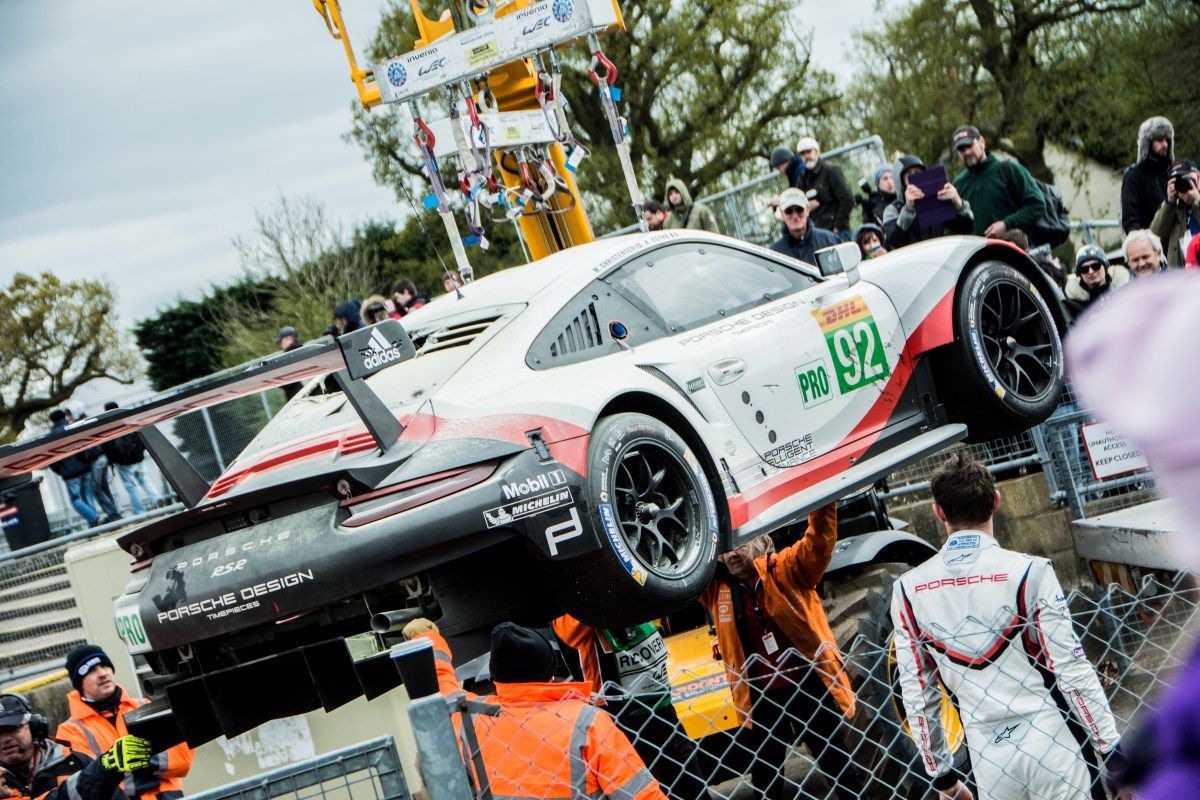 Liam and I were lucky enough to be right next to the car when it was lifted from the track, driver watching in distress as his valiant steed, still steaming from the foam and blackened at the seams was lifted onto a low loader and carried off back to the paddock. This is not to mention our talks about some awesome future road trips and drives out with Nicki and co. and the prolific spin that put AMR’s chances of victory into the dreggs right at the final corner of the final lap!

Conspiracy to thwart a young team’s chances of winning by the big boys was definitely at the top of the list for possible reasons on what looked like a malicious nudge, over an accident!

A couple of restops, a superb bodge job with cable ties on the bugs electrical system and a coffee or two later we were home. My judgement of a good day comes when I hop into bed and see where my dreams take me, well it must have been a great day as I kept waking up changing wheels (On the headboard) with an impact wrench!

We hope that you have all enjoyed reading this long write up of our experiences and a massive thank you to the guys at AMR for your hospitality.

Remember there are many more races this season with these guys all over the globe. This racing is a must see! 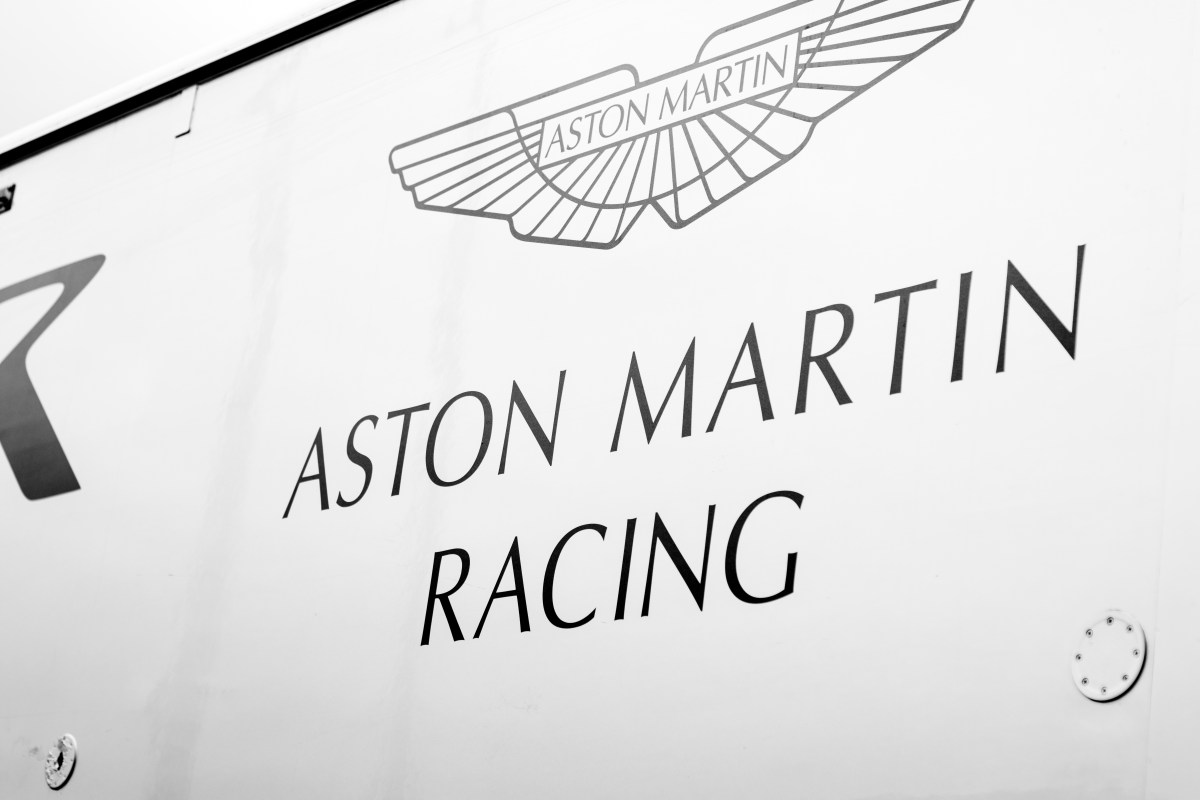 Britain’s Has A Fall In New Drivers