It’s happened, the all-new Land Rover Defender has finally been revealed at Frankfurt Motorshow, and boy are we excited!

It comes as no surprise that there has been much speculation around what we should have expected from the new Defender. The last iteration of the British icon we had was in 2008, so as you can imagine, this new series has plenty to live up to.

Let’s start with the basics, this car is almost instantly recognisable as a defender. It’s boxy, tactile lines and brutish front end commands authority and respect in this new era of off-roading. The new Defender takes plenty of styling cues from its predecessor – ranging from the side-hinged tailgate to the rear spare wheel and tail-light clusters. JLR has successfully managed to integrate everything we know and love from the older generation Defenders into this next successor.

Let’s face it though, it is a bit of a chunky boy! The new Defender does look a little bit like a slightly overweight pug which has been stung by a wasp, but I still feel that really adds to this car’s character and charm, even if it is a little overweight in terms of looks.

Interestingly, the series 90 Defender will have an SPF or Satin Protective Film option to protect the paintwork from nasty scratches and maybe even the odd supermarket car-park ding from that tatty old Nissan Micra that parked just a bit too close. Certainly peace of mind for owners planning on taking the odd excursion through the countryside and perhaps a river along the way. 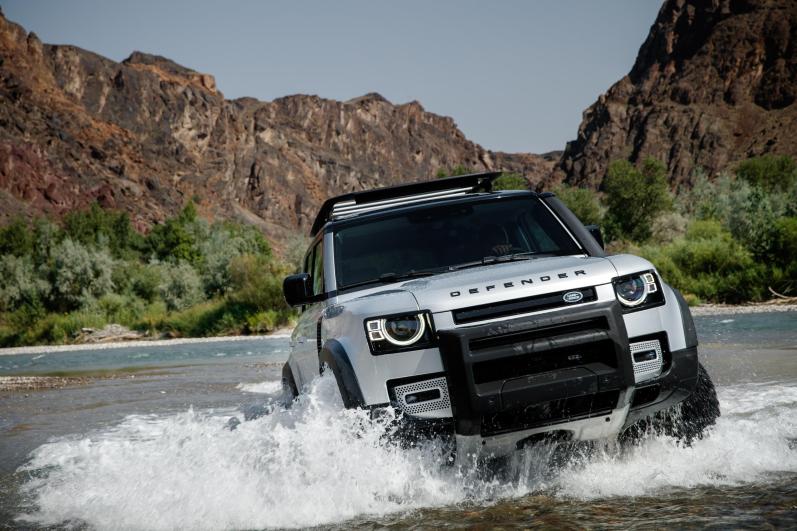 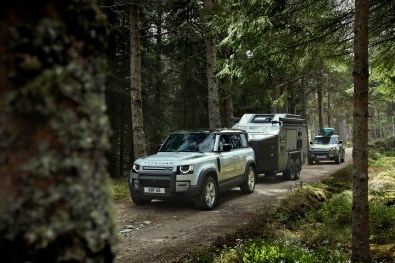 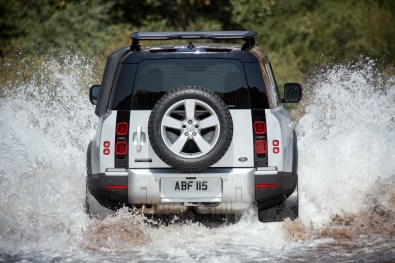 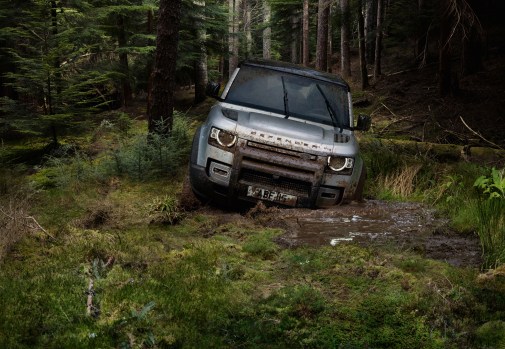 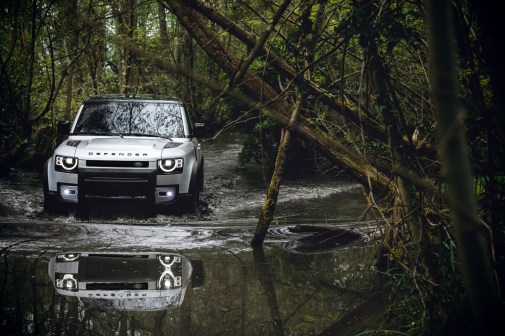 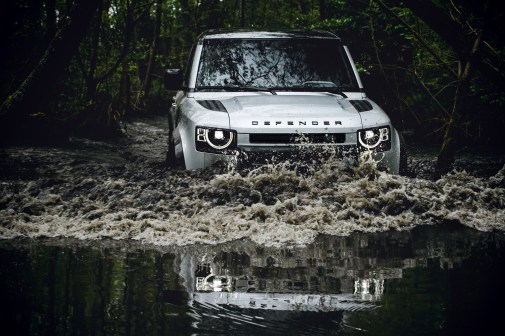 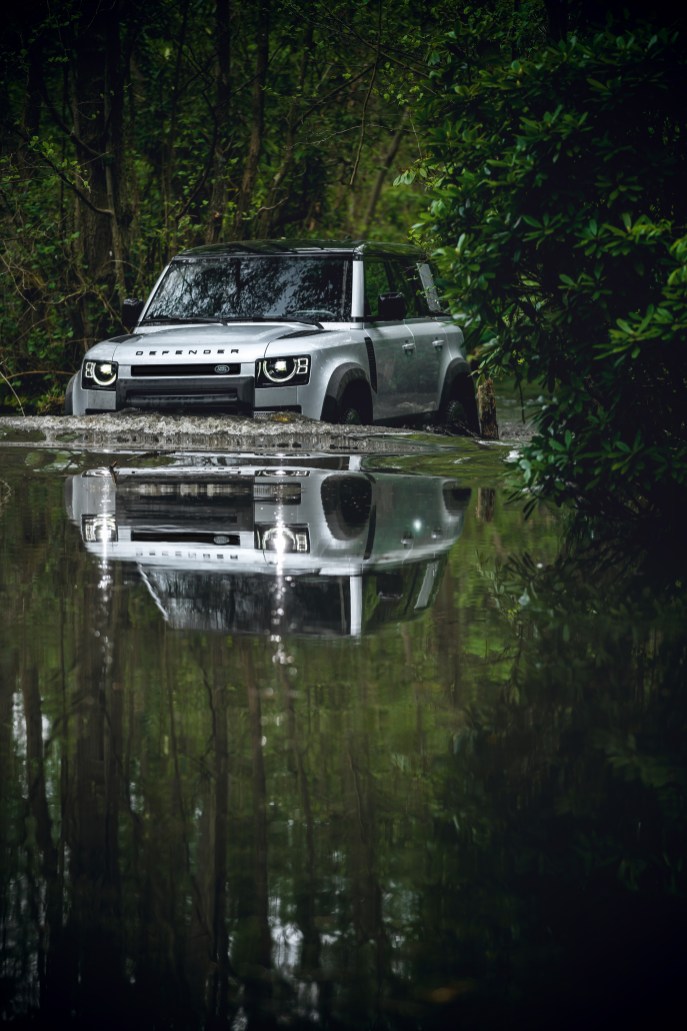 Another feature that I personally adore, is the fact that so much of the car is left exposed, paying tribute to the original. This includes the door cards having a tactile, durable feel with exposed bolts & the inclusion of the metal plating on the bonnet. Everything just feels like it should with this new iteration, and I’m all here for it.

Even when you head inside, JLR has opted for a similar vibe with a vast aluminium beam which is actually apart of the structure, being converted into the dashboard and centre console. It’s all rather exciting.

Mind you, it doesn’t stop there. The new Defender has multiple body types, so depending on whether you choose the 90 or the 110, you’ll be able to spec up to six seats! In the 90, you can have up to that amount – but in the 110, you can have five, six or if you really wanted to, 5+2 seating! They really aren’t messing about…

The higher-spec HSE models will also feature Windsor Leather, while the Defender X features Windsor Leather in combination with Steelcut Premium Textile accent for enhanced durability. Want wood in your defender? You’ve got it! You can choose from either rough-cut Walnut or smoked dark oak. Just in case you wanted to be one with nature. 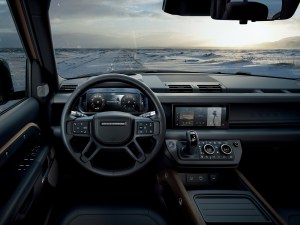 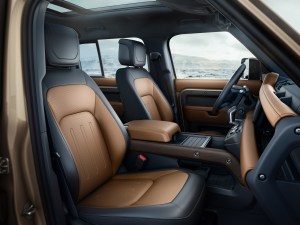 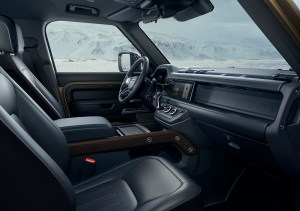 Now, I’m going to get this out of the way right now – currently, the Defender DOES NOT have a V8 powerplant option, which in my opinion is a little bit of a downer, but not a game-changer. At launch, the line-up includes a couple of four-cylinder twin-turbocharged diesel engines the D200 with 197bhp & more powerful D240 with 237bhp. Or, if you really want some fun, you can opt for a petrol version that has either a four-cylinder turbocharged engine with 296bhp which (I might add) can do 0-60mph in 7.7s. The final option is a hybrid drivetrain boasting a six-cylinder, turbocharged & 48v electric supercharger which all in all – give an output of 394bhp. Not bad a bit of kit really.

JLR says that The new body architecture provides ground clearance of 291mm and world-class off-road geometry, giving the 110 approaches, break over and departure angles of 38, 28 and 40 degrees (Off-Road height). Its maximum wading depth of 900mm (which is utterly bonkers) is supported by a new Wade programme in the Terrain Response 2 system, which ensures drivers can go swimming in deep water with complete confidence.

All in all, the new Land Rover Defender is more than enough to get excited about – potentially offering not just off-roading adventures, but genuine comfort and luxury every day too.

Want to find out more? Why not watch Carfections video preview of the new Defender on their YouTube channel? 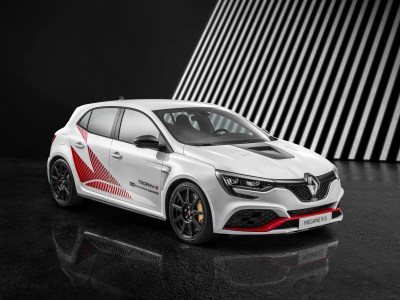