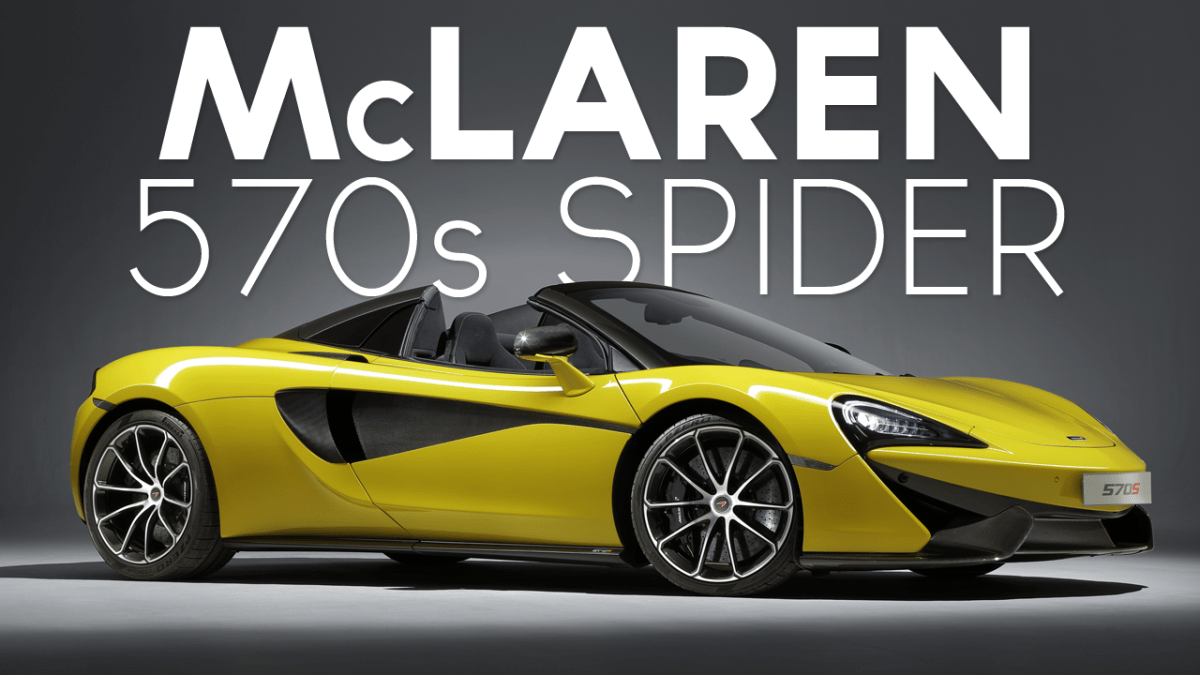 Looking for a new convertible supercar to blast around the country lanes in this summer? Well, good news! McLaren has just announced the new 570S Spider which will be debuting at Goodwood this month.

The two-seat, rear-wheel drive 570S Spider is the third bodystyle in McLaren’s Sports Series portfolio, lining up alongside the Coupé and the GT. Compared to the Coupé, the 570S Spider adds a neatly integrated, retractable hardtop that when lowered delivers an even more immersive and exhilarating driving experience, mainly because you get to experiance more bugs in your face.

Most importantly, there are no performance compromises versus the 570S Coupé, with the Spider maintaining the same electrifying pace and impressive refinement. The carbon fibre MonoCell II chassis at the heart of all Sports Series cars does not suffer any reduction in strength or stiffness in its convertible form, or require any additional structural actions. This has allowed McLaren engineers to design and develop the 570S Spider without concerns that are potentially a significant issue with steel or aluminum structures.

The retractable hardtop is designed to withstand the severest conditions and is significantly more weather- and fade-resistant than fabric, yet with its operating mechanism adds just 46kg to the weight of the Spider; this is the only variance in weight between the new convertible and the 570S Coupé.

BUT DOES IT STILL DO SUPERCAR STUFF?

The combination of lightweight carbon fibre construction and an incredibly potent 3.8-litre, twin-turbocharged McLaren V8 engine, means that the new 570S Spider is both more powerful and lighter than comparable convertibles, with an impressive power-to-weight ratio of 419PS-per-tonne.

Positioned behind the driver is the twin-turbocharged engine that produces an eye-watering 562BHP at 7,500rpm and torque of 600Nm between 5,000rpm and 6,500rpm. The result is a luxury sports convertible with supercar acceleration from 0 to 62mph in 3.2 seconds and to 124mph in just 9.6 seconds. The topspeed is also to be desired at 204MPH. 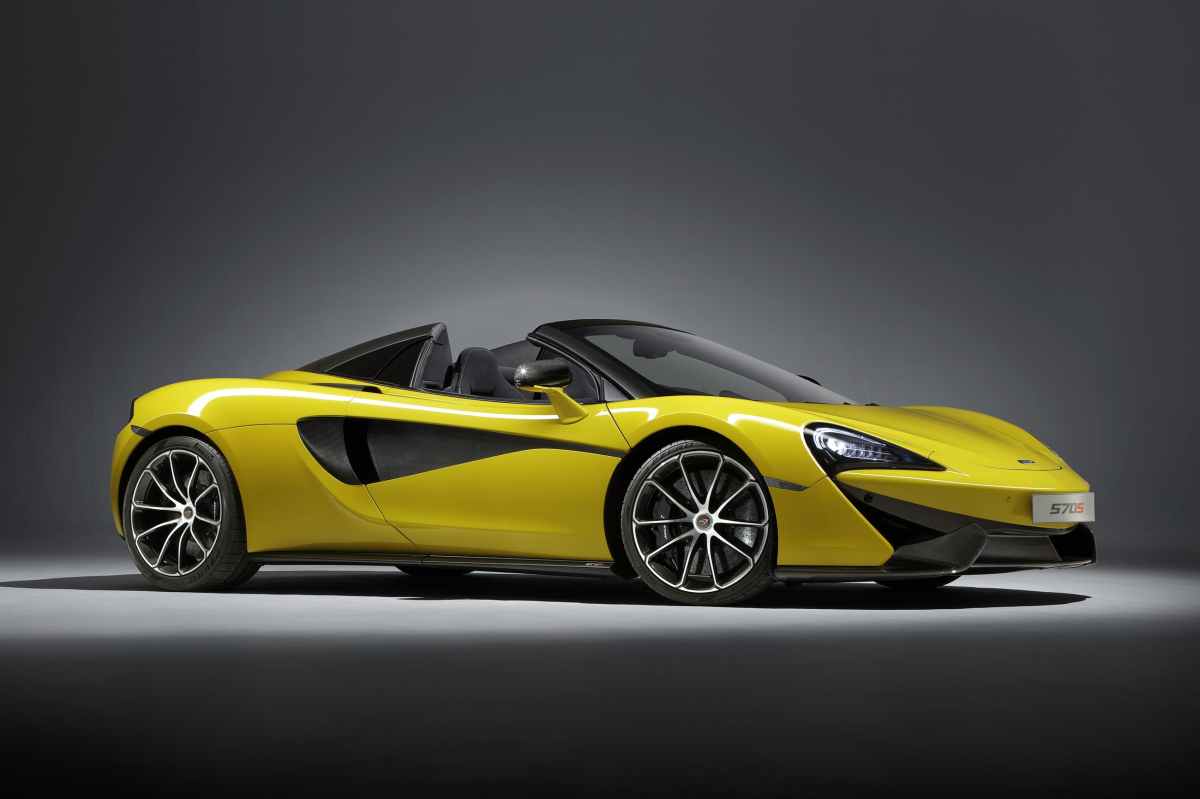 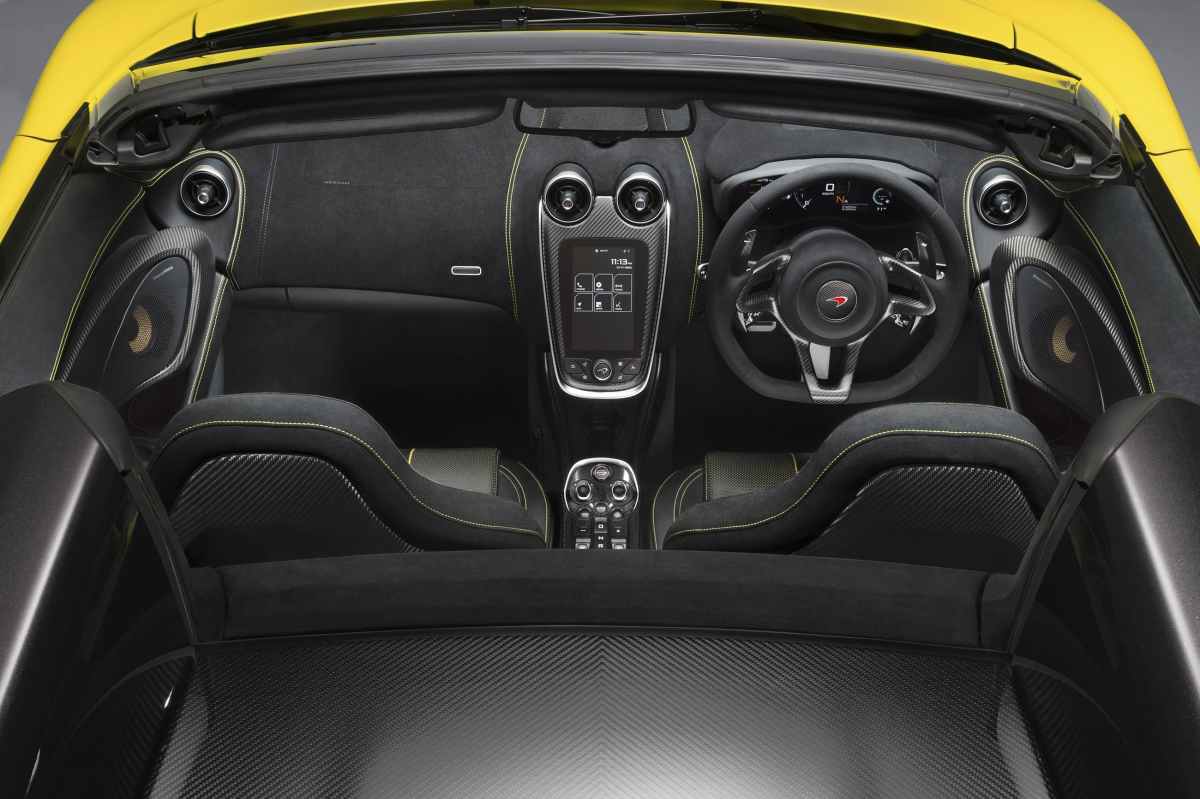 An all-new, 10-spoke lightweight forged alloy wheel design has been crafted as an option for the new 570S Spider. For further differentiation, a new brake caliper colour, Liquid Black, is also available.

Available to order now from more than 80 McLaren retailers worldwide, each 570S Spider is hand-assembled at the McLaren Production Centre in Woking, England.