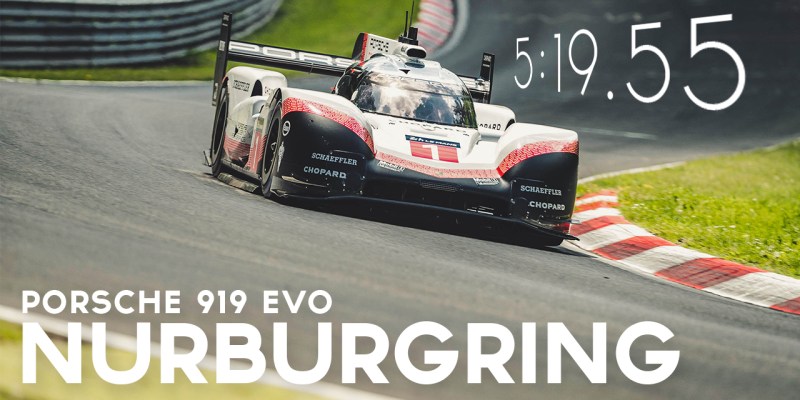 It’s happened. Porsche’s monstrous 919 Evo has finally broken the standing record for quickest lap time at the Nürburgring since the 956 C benchmark of 6:11.13 minutes in 1983.

The 919 Evo has officially set a record time of 5:19.55 minutes on the stopwatch at the hands of Timo Bernhard.

With this under the cars belt, along with being two-timed Le Mans winner and reigning WEC Champion, the 919 has now become the new benchmark record at the infamous German track.

Only recently did the 919 Evo also lap Spa-Francorchamps quicker than Lewis Hamilton’s pole position time in 2017. The plucky Brit pulled of a time of 1:42.553 minutes on the 26th of August last year and was beaten by the 919 for a time of 1.41.770 on the 9th of April 2018. We imagine Lewis will be wanting that record back next year.

Stefan Bellof’s 6:11.13 lap time stood for 35 years before now, but as they say, records are made to be broken. Only a few months ago did the two cars make an appearance on the ring for the 919 ‘Tribute tour’ and questions were already being raised at whether the 919 would try to beat the legendary time. I suppose we now have our answer…

On May 28 in 1983, during practice for the 1000-kilometre race, Bellof lapped the Nordschleife in a storming 6:11.13 minutes. Due to construction work, the exact track length was 20.835 kilometres at the time, which resulted in an average speed of more than 200 km/h. Bellof’s car was chassis number 007. He was leading the race when he retired in a massive accident in the area called ‘Pflanzgarten’ but walked away unharmed. 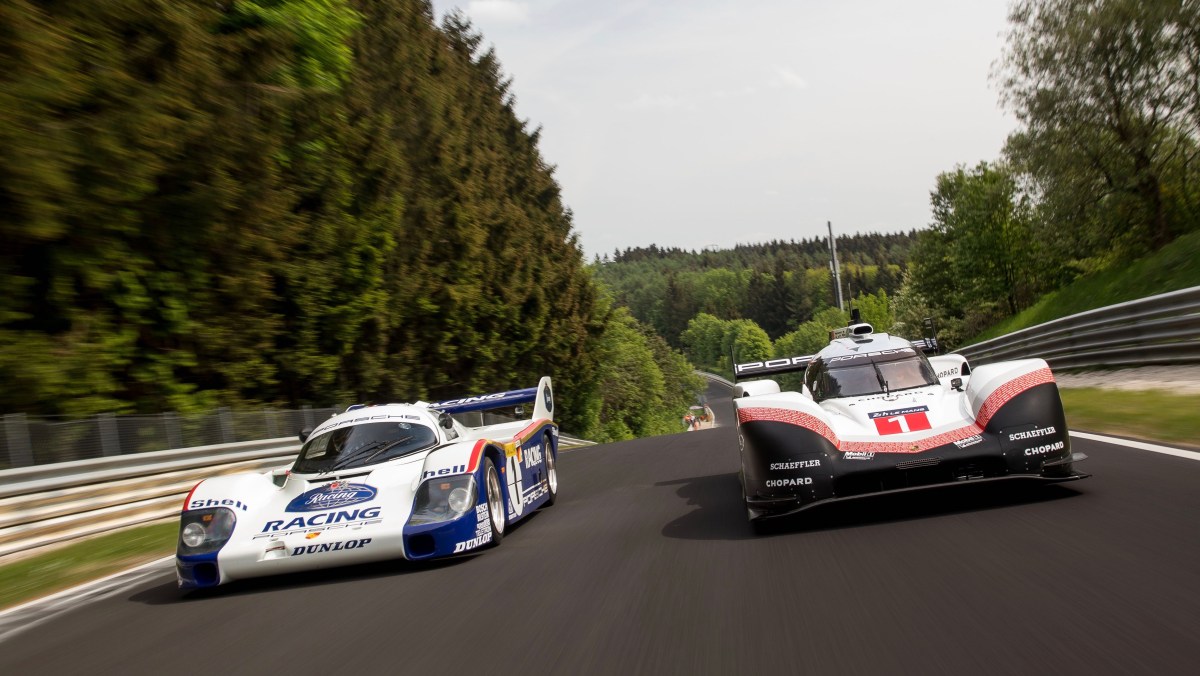 Just like the 956, the Porsche 919 Hybrid was the most innovative racing car of its time. The class 1 Le Mans Prototype, successfully entered in the FIA WEC from 2014 until the end of 2017, is powered by a compact two-litre turbocharged V4-cylinder engine and two different energy recovery systems. One transforms brake energy from the front axle into electricity.

The second system generates electric energy from the exhaust where the gases accelerate a turbine up to 130,000 revs per minute. The electrical energy is temporarily stored in a liquid-cooled lithium ion battery. The combustion engine drives the rear axle while the electromotor boosts the front axle to accelerate the car with four-wheel drive while recuperating again energy from the exhaust system.

Porsche has also just released a video of the blisteringly quick lap below.

Forza Horizon 4 is set in Britain!

The Rally Legends of Goodwood Festival of Speed