Ford’s all-new family Back Road Blaster is finally here, and it’s got some neat little tricks hidden in its Boot? Chassis? Bonnet? It has some tricks alright. 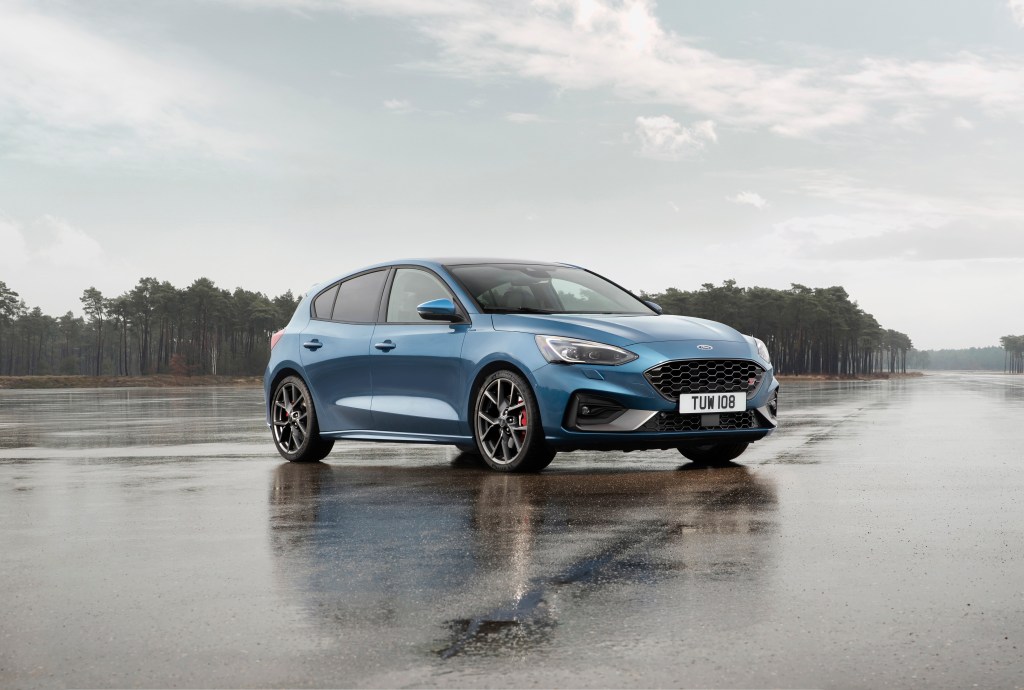 This new for 2019 Focus ST is ready for all the family to have some fun! Ford’s classic 5-door hatch is back with its performance trim, sporting 276BHP 2.3l EcoBoost Petrol engine, or if you are really exciting, a 187HP 2.0l EcoBlue Diesel engine. The new car is based on what Ford calls its new “C2 Architecture” for five-door hatchbacks and estate cars, which will lead to giving it the unique suspension, braking and powertrain configurations compared to the older Focus ST, making it the best Focus ST yet. The torque on the family hatch is updated by 17% on the new car across both the petrol and diesel engines, the petrol engine giving you 420Nm of torque

For the first time ever, Ford has fitted an electronic limited slip differential (the eLSD) to their front wheel drive car to help adjust the grip levels dependant on conditions and increase traction using clever computer systems that us mere mortals cannot understand, and I suspect it’s a bit cheaper to produce than the mechanical LSD in the Fiesta ST. When buying your Focus ST you have a choice of what kind of gearbox you want to be mated with the engine you’ve chosen: A six-speed manual gearbox or a flappy paddle controlled seven-speed automatic, although Ford hasn’t said if this is dual clutch or not, and they would probably shout home about that, so let’s presume it is a single clutch transmission, which is unfortunate for the new ST.

Capable of 0-60mph in under six seconds (No time is specifically given, mind) it’s shaping up to be a great performance machine for the family to enjoy together, and for the first time for the Focus ST it will have selectable driving modes, which includes a “Brake Booster” which is meant to build brake pressure into the brakes faster than a traditional hydraulic system. Ford has also nabbed the faster electric power steering mode from the little brother of the Focus, the Fiesta ST. It’s a feature that had a positive response from the Fiesta and Ford have felt it appropriate to include it in the Focus as well, so good on them. 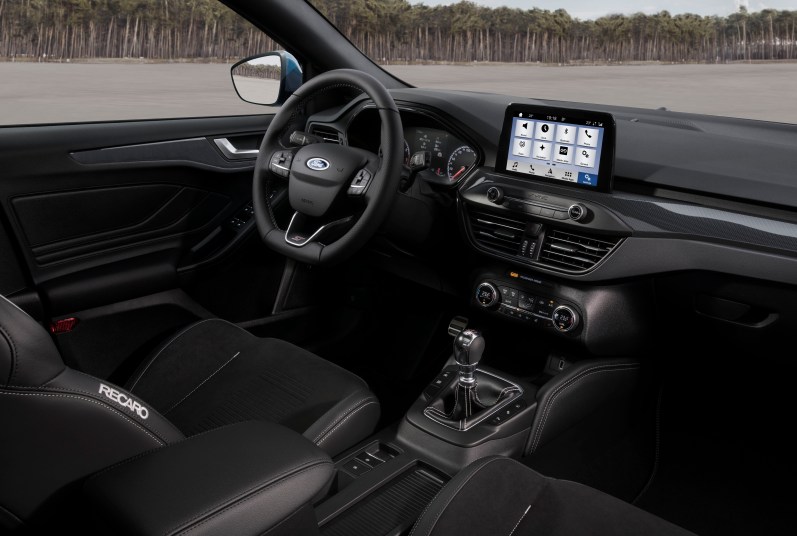 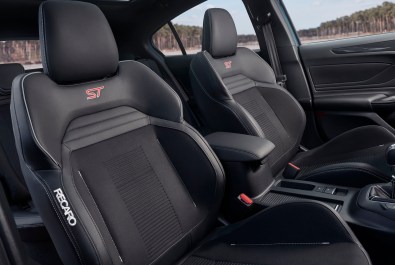 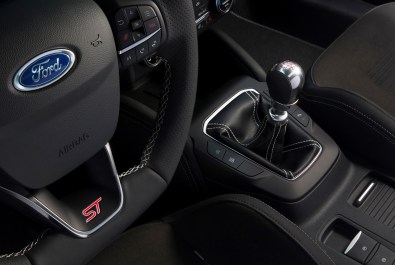 In the cosy interior climate of the Focus ST we have a new infotainment system for the face-lifted Focus which gives us Ford’s new SYNC 3 infotainment system, which enables the drivers to choose from both Apple CarPlay and Android Auto in their hot hatch. As is the tradition for STs of late, the car features Recaro bucket seats decorated with ST badging. The ST has a sports steering wheel with grey stitching to match the rest of the interior, and a beautiful aluminium gear shifter embossed with the ST logo. Some fancy wing bits have been added onto the rear of the car to make it look a bit more aggressive and supposedly aid with the downforce the car produces, and the front bumper has had some more cooling aids added in the grille to keep the EcoBoost engine breathing nice air without having a tantrum because it’s running a fever. 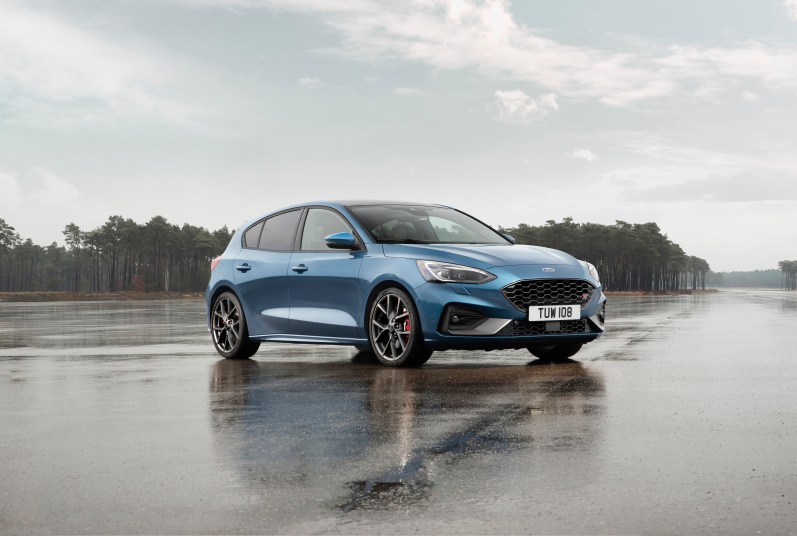 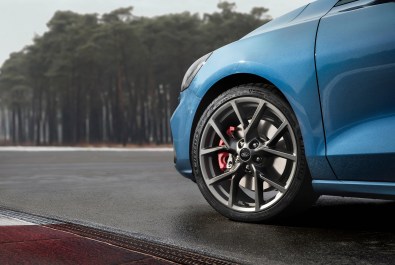 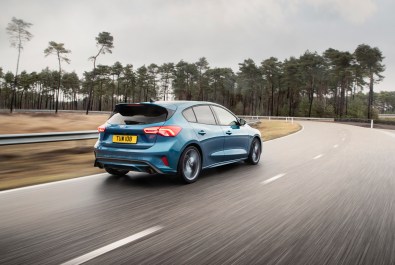 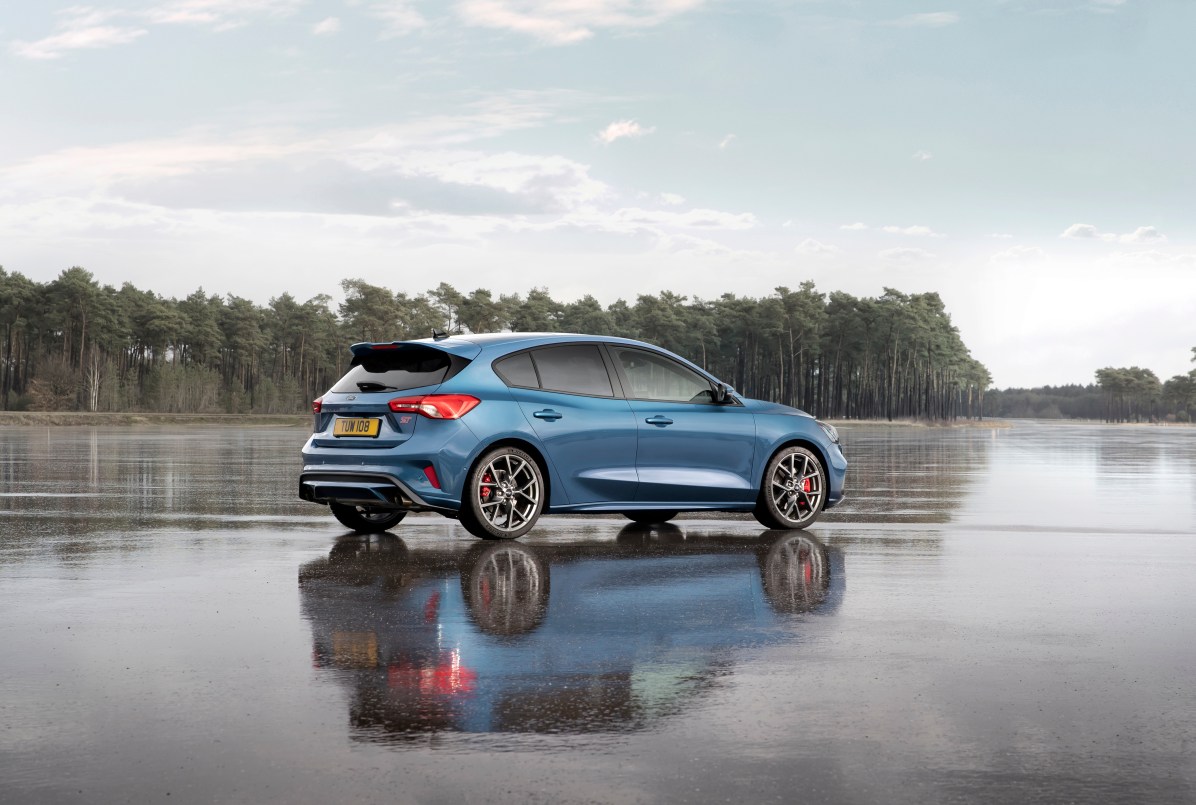 Pricing is yet to be released for the new Focus ST, but it will be available for sale across Europe in the summer of 2019. Seven colour options will be available to choose from including the exclusive “Ford Performance Blue” paintjob, and at least two alloy options being available in the shape of both an 18″ Inch alloy and a 19″ Inch alloy.

And now with all this promising news about the Focus ST, we anxiously await the potential for a new Focus RS to hit the markets, so the proper performance Focus can be unleashed upon unassuming families and their petrolhead parents can manically laugh down the back roads.