Good news! Aston Martin has just announced that there will be a brand new AMR-Vantage but with a pretty significant change. That’s right! The manual is returning.

Now, some in the motoring industry were notably worried that the manual gearbox is slowly being killed off and replaced with faster, more efficient auto and semi-auto gearboxes. And, to be fair, they’re right to be worried. It’s not too often these days where we get a manual option in a modern sports or supercar, let alone the audacity of thinking we’ll get one in a hypercar.

Meanwhile, over at Aston Martin – Some bloke has said “bollocks to that” and decided to chuck a seven-speed manual in the 500bhp V8 Vantage. Whoever that person is, he’s owed a drink or two. He’s probably called Terry, good on you Terry. 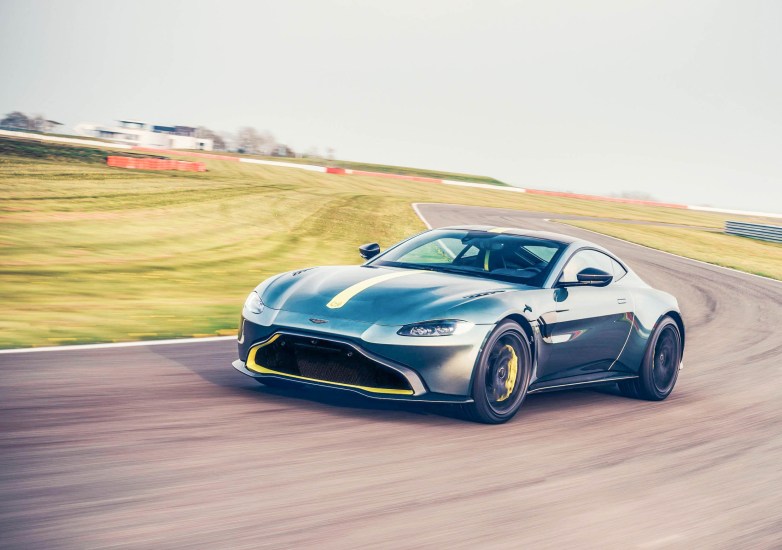 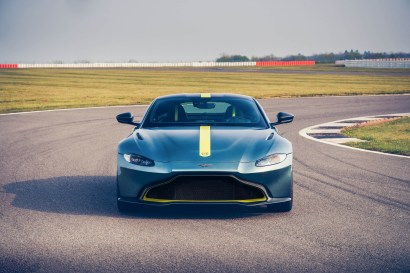 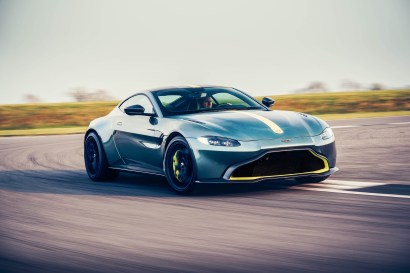 So, what’s the reason behind the sudden revelation of chucking in a manual? Well, Andy Palmer the CEO of Aston Martin said: “When I joined this company, customers asked and, as a gearbox engineer and racer, I promised that we would always offer a manual transmission in our line-up. The Vantage AMR not only honours that commitment but sets us apart from our competitors in continuing to offer a three-pedal option. In a world of autonomous robo-taxis, Aston Martin will continue to advance the art and science of performance driving.

With the Vantage AMR, we have created a thoroughly modern sports car that rewards effort and focus from the driver; the antidote to driving a computer game. With the Vantage GTE set to race again at the 24 Hours of Le Mans in June, I hope that those customers who are lucky enough to take ownership of a Vantage 59, will have even more reason to celebrate with their new car”

So to sum that up in one easily digestible nugget of information, Andy still feels that the manual is a necessary part of the driving experience, bonding car and driver in a much more intimate way than their auto-gen counterparts.

The reality is, he’s right. Not only does a manual bring a considerable amount more to a driving experience for a car designed to make the hairs on your neck stand on edge, but it’s also so much more involving. There’s just something about switching from second to third on a winding back road in the British countryside, listening to the reverb of the exhaust note echo over the landscape like a shockwave. It’s intoxicating! 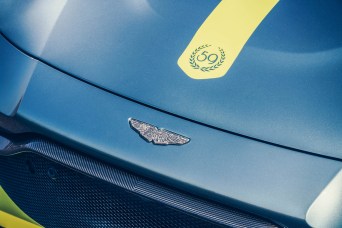 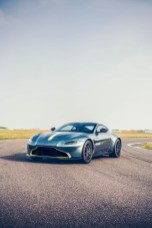 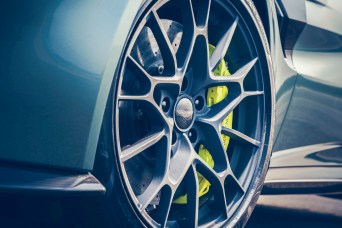 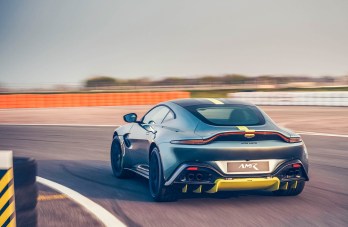 As for the Manual, it has a motorsport-inspired 7-speed transmission developed by Graziano, featuring a ‘dog-leg’ first gear. Inside, the driver is presented with the opportunity to deliver each gear with both precision and finesse via a hand-stitched leather-clad gearstick. Second to seventh gears – those that will be used most frequently when on the move – are positioned in a traditional double H-pattern configuration.

Limited to 200-units, Vantage AMR is available in five designer specifications. 141 of those 200 will be available in either Sabiro Blue, Onyx Black, China Grey or White Stone. In contrast, the final 59 will be crafted in celebration of the 60th anniversary since Aston Martin’s triumphant 1959 24 Hours of Le Mans victory with DBR1. Named “Vantage 59”, this fixed specification features a Stirling Green and Lime exterior paint scheme and Dark Knight leather and alcantara interior, finished with a signature AMR lime stripe and stitch. Priced at £164,995 in the UK.

Speaking of Manuals, Henry Catchpole did a fantastic piece a while back on why manual transmissions should still stick around over on Carfection, certainly worth a watch!