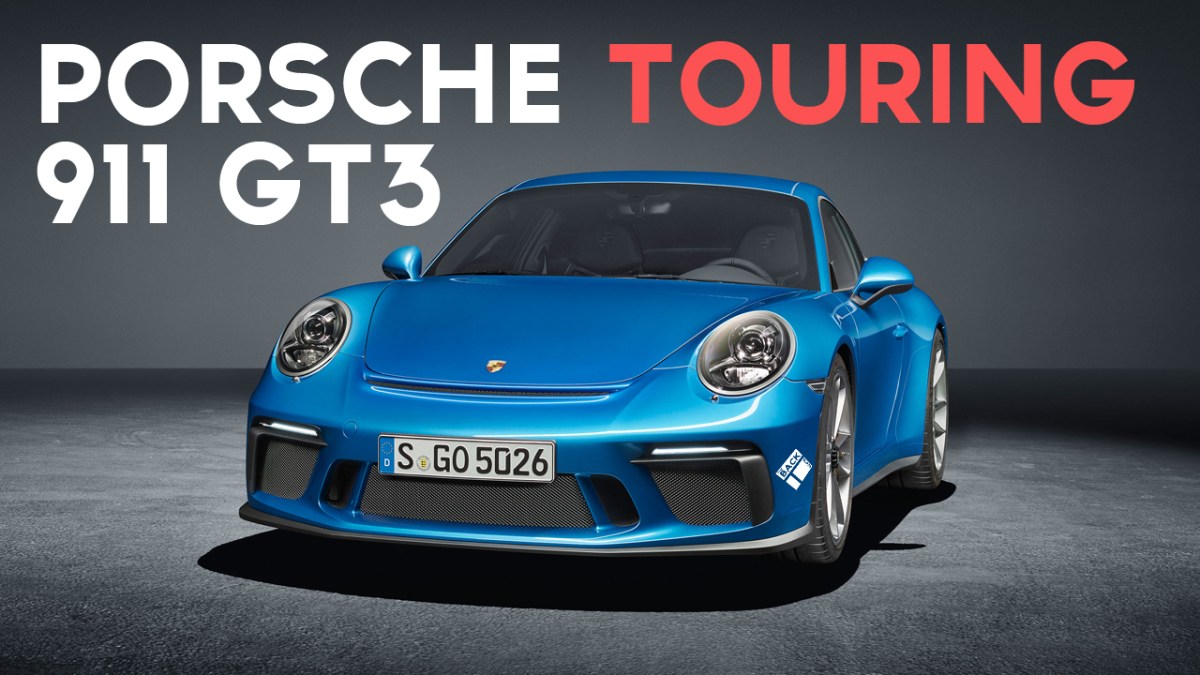 Good news for Porsche fans! There is a new GT3, this time with a manual and no rear wing.

Porsche unveiled the new variant of the rear wheeled icon at Frankfurt called the “Touring package”.
Naturally with it being a GT3, you get all of that juicy goodness from the great track and handling capabilities, but with a purer, more driver orientated experience. 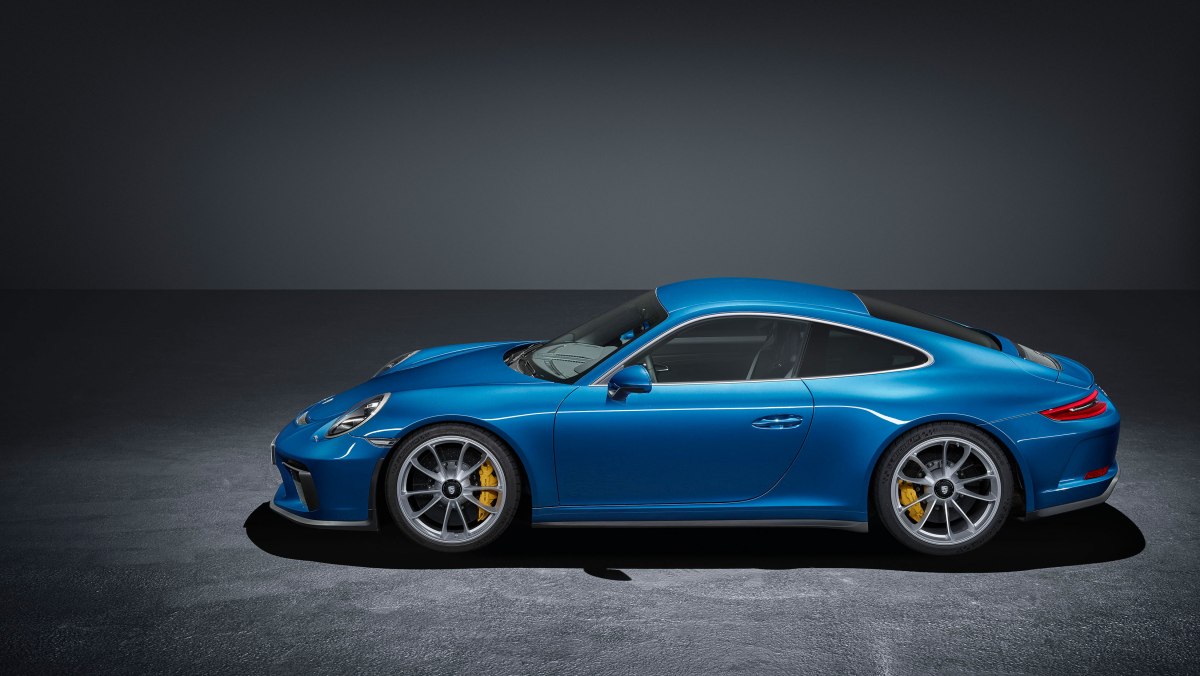 Whats under the exterior?

Well, you get a four-litre, six-cylinder naturally aspirated monster kicking out 500bhp which has a top speed of 196mph (316kph). This gives the car a 0-62 time of just 3.9 seconds!

The actual “touring package” itself comes from a variant of the 911 Carrera RS from 1973. Even back then it was a puristic look which clearly carriers on to it’s modern day counterpart.

Of course being a pure variant of the GT3 its aimed at fans of that classic driving experience and enjoyment.

With the exception of the rear, the body of the GT3 remains unchanged in the variant with Touring Package. This means it has large air intakes in the specially designed front end, as well as the air outlet that is typical of the 911 GT3 model, located in front of the luggage compartment lid. The front and rear lights are identical, though not dark-tinted.

If you hadn’t noticed already, it also has huge forged allow wheels with central locking and pretty fat tyres. At the front you have 245/35 ZR 20’s mounted on some rather cool looking 9″ rims and at the rear slightly larger at 305/30 ZR 20 tyres mounted on 12″ rims.

Now you have probably already worked out that something is missing from this car. Yes, the waking great big wing of the normal GT3. Instead the Touring package comes with a rear spoiler in body colour. The rear lid grille also bears the GT2 Touring logo so you can show off to all your other Porsche buddies that you’re somehow cooler than they are.

Some other noticeable features include silver side window strips, sports exhaust system and headlight washer covers… very important stuff!
As well as the Porsche logo at the rear. In the “Black Exterior Touring Package” equipment option, these elements are in black, as with the 911 GT3. The front and rear lights are dark-tinted.

Whats on the inside?

The interior creates the feel of a classic sports car with manual transmission. In line with the character of a puristic GT, fine leather is prevalent rather than Alcantara. The steering wheel rim with twelve o’clock marker, shift lever, door panel armrests,centre console storage compartment lid and interior door handles are upholstered in smooth-finish leather. The seat centres are made of black fabric. 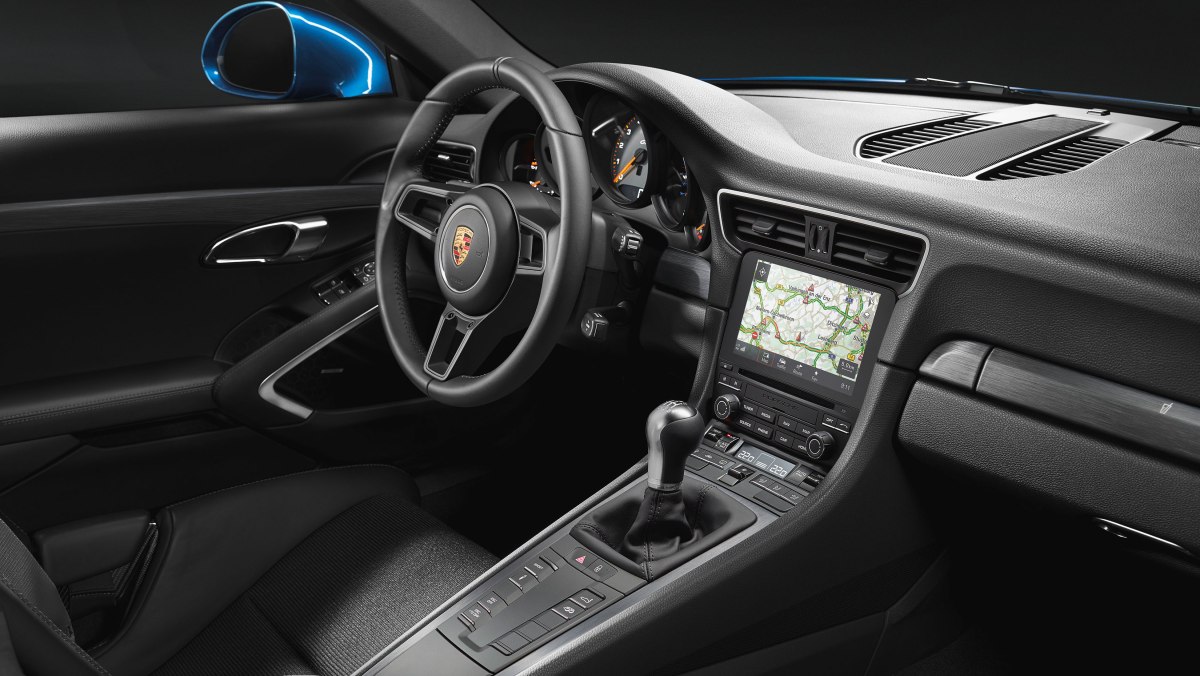 So what do you think? Is this purist version of the 911 GT3 up your street or is it just another 911? Let us know in the comments!

AMG Project One – Inspired by Formula One

The New Mustang Is Coming To Europe In 2018