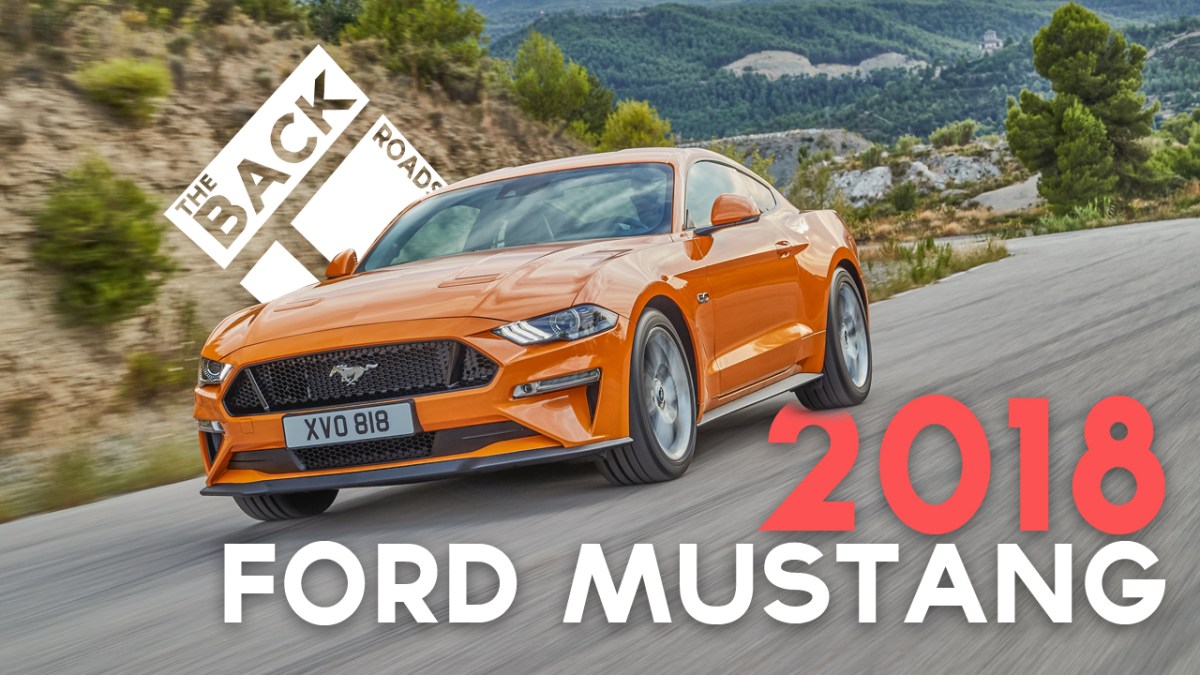 Us Europeans are being spoiled by Ford lately. First of all the Mustang arrives at our boarder rapping its knuckles on the door for the first time in fifty years. Then we were all blessed with the return of the iconic Ford GT, albeit with a V6, but hey – we have to get with the times, don’t we?

Now they’ve been extra nice to us folk this side of the pond and teased us with the new and updated pony car that will be heading to Europe next year. And as before there will be two main variants: a 444bhp (up from 410) 5.0-litre V8 version, and a 2.3-litre four pot Ecoboost which produces, strangely, 27 less bhp than previously at 286. But Ford have promised a ‘more responsive and engaging driving experience’, regardless of the lower power figures.

This is down to the ‘transient overboost function’ which engages with each up-shift under a heavy foot. Both engines can be fitted to a new 10-speed ‘box to maximise efficiency and performance. This transmission also allows for several driver features such as Drive Modes and ‘real-time adaptive shift-scheduling’ – a fancy term for adjusting shifts to the situation at hand.

It’s not just faster in a straight line either. It now has an optional ‘MagnaRide Damping system’ that adjusts damping on the fly and works in tangent with a cross-axis joint in the rear and thicker anti-roll bars. And while I’m sure both engines sound the part, they can be muzzled with ‘Good Neighbour’ mode for when you need to sneak through a sleeping residential area. But just in case this makes you think the Mustang may have lost its bite, they’ve added a ‘Drag Strip’ mode for when you’re ready to unleash each of its horses.

Inside gets an upgrade, too. To keep up with certain German rivals (and to improve its NCAP rating), Ford have had to pay some attention to the materials used, as well as the level of technology they offer. This has resulted in a 12-inch all-digital instrument cluster, soft-touch materials, and several driver aids such as Pre-Collision Assist and Lane Departure Warning.

But while the interior has been improved, some may argue that the exterior now looks more generic and less aggressive. What do I think? I think I may have to see it in person. Maybe I will once it’s released at the start of next year.

Porsche 911 GT3 Touring – The Manual You've Been Waiting For

ProCee'd to the Concept – Kia Proceed