Toyota admitted it themselves, it’s the worst kept secret in the industry. But the 2019 Toyota Supra is finally here!

For 2019 Toyota have revived the almighty Supra name, the flagship performance car name for Toyotas for over 40 years, starting with the Toyota Celica Supra, more commonly known as the XX. Like many Supras after it, it sported a Straight-Six Cylinder engine, and the new Supra continues to honour it’s predecessors…

This all-new Toyota Supra is the first car that will be available globally to be made by Toyota’s Gazoo Racing department, and they’re off to a good start. Sporting a 3.0L Straight-Six engine with some extra oompf from a twin-scroll turbocharger, the car will produce roughly 335HP. It’s easy to overlook this number as small in the weird reality we live in of 560HP beasts coming from the flagship performance vehicles of some of Toyotas rivals, the likes of which being the Nissan GTR and the Honda NSX, but Toyota have been smart with this one. Toyota aren’t attempting to bring a battle to these incredibly fast, and importantly incredibly expensive, supercars, oh no.

Toyota has focused their new Supra on driving pleasure, which is all you really need. The 335HP provided by the car helps the Supra achieve a 0-62mph time of 4.3 seconds, using the plentiful 500Nm of torque made available by the beating 6 cylinder heart of the car, but it’s important to know that the grunt of an engine doesn’t show the whole picture, because the Supra is relatively lightweight coming in at around 1490kg, allowing it to launch itself at speeds close to a BMW M4, a car with nearly a 100HP advantage over the Supra. The car will have an 8-Speed Double Clutch gearbox at launch and unfortunately, there is no option for a manual yet, as it is an option Toyota say they are still unsure about, and they’re waiting on their market data before they make a decision. 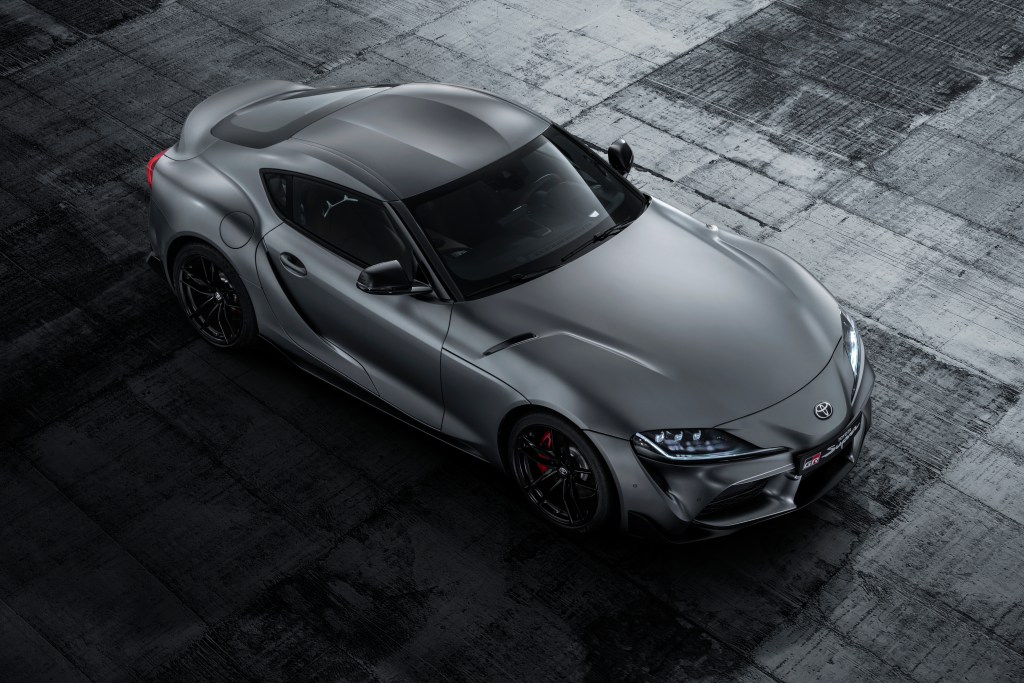 Chief Engineer Tetsuya Tada was a driving force for focusing on the handling and driving experience of the Supra over chasing numbers, something that Toyota’s CEO Akio Toyoda appreciated due to his own experience of attempting to become a “Master Driver” on the Nordschleife with his own Supra. Tada set out to create this new beast, something worthy of that name. Supra. He started with the basic elements that have been followed throughout the Supras bloodline, the front mounted straight six delivering power to the rear wheels, a short wheel base and a wide track. During testing of the Supra on the Nürburgring Nordschleife the engineering wizards of Toyota developed the car to have a higher level of body rigidity than even the almighty Lexus LFA, a centre of gravity lower than the younger sibling of the Supra, the GT86 and a perfect 50/50 front/rear weight distribution, which was achieved by bringing the engine as far to the rear as possible, a decision that created more production challenges, but was felt to be a worthy sacrifice by Toyota to create their ultimate driving machine.

Tada has worked some serious magic on this car to make it an ultimate driving machine, utilizing the high rigidity of the body to get some fancy suspension put in place, using double-joint spring MacPherson suspension on the front and a five-link system at the rear. The front suspension subframe and control arm mounting points have again been given the rigid treatment for better handling, and the control arms and swivel bearings used for the suspension have been created using aluminium to keep the car’s weight down.

Included as standard on all Supra’s in Europe will be an active differential and adaptive variable suspension that will allow you to tweak your Supra to your preference. The Supra will be running 19-inch forged alloy wheels, again for rigidity and weight savings, alongside some Michelin Pilot Super Sport tyres and four-pot Brembo brakes, a winning combination if you ask me. 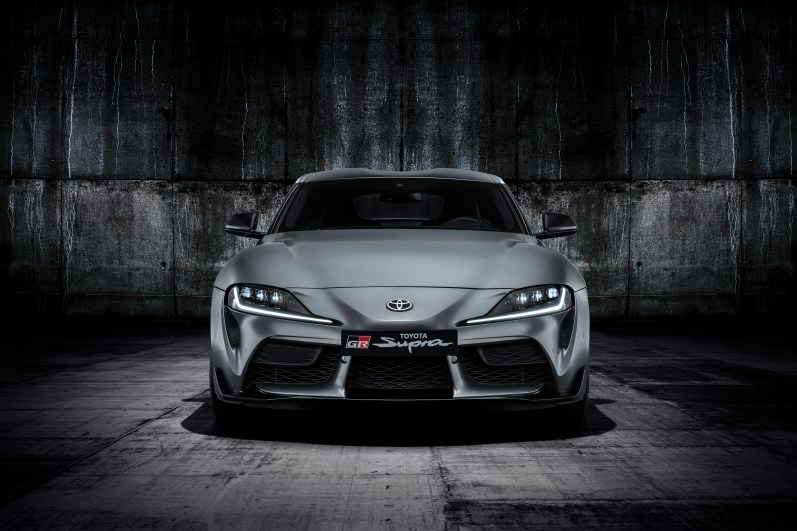 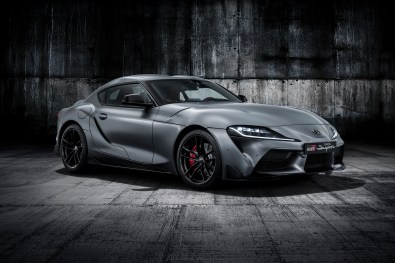 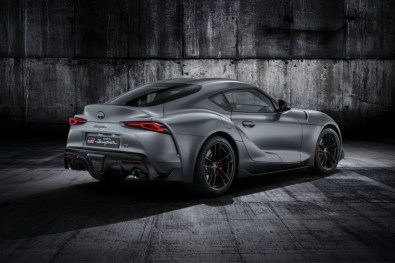 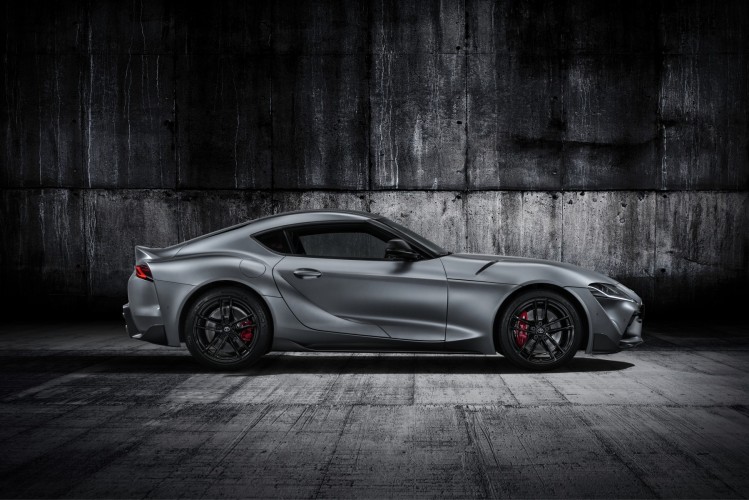 Now we can have a look at the Supra’s styling, and I’m going to get very personal here: I bloody love it. It’s impressive that Toyota have managed to keep quite close to the styling of the concept Toyota FT-1, the car’s codename from when it was unveiled at the same Detroit Auto Show the final model has been unveiled at. The front-end of the car has a lot of bits going on, with a menacing grin and a sharp-looking beak that seems to act as a stage for the glistening Toyota logo.

The rear view of the Supra might be one of the most beautiful, but complex, rear ends of a car that I’ve ever seen. It’s backside has incredibly large, voluptuous arches to accommodate the wider track for the wheels and Toyota’s golden “1.55” ratio of wheelbase and tyre track. The top-side of the rear where the top of the roof blends down into the small ducktail like spoiler reminds me of an Alfa Romeo 4C, a car that I consider to be one of the most beautiful cars of the 21st century so far. The small slits in the side of those bulging rear arches appear to help cool the rear brakes and help the car with aerodynamics as it appears as though they flow all the way through the car and out the rear, as the car blasts off into the distance with those beautiful rear taillights, and it’s a good thing they are beautiful as judging by Toyota’s position, you’ll be seeing them a lot. And thank god, because the old taillights on the A80 Supra were horrendous. 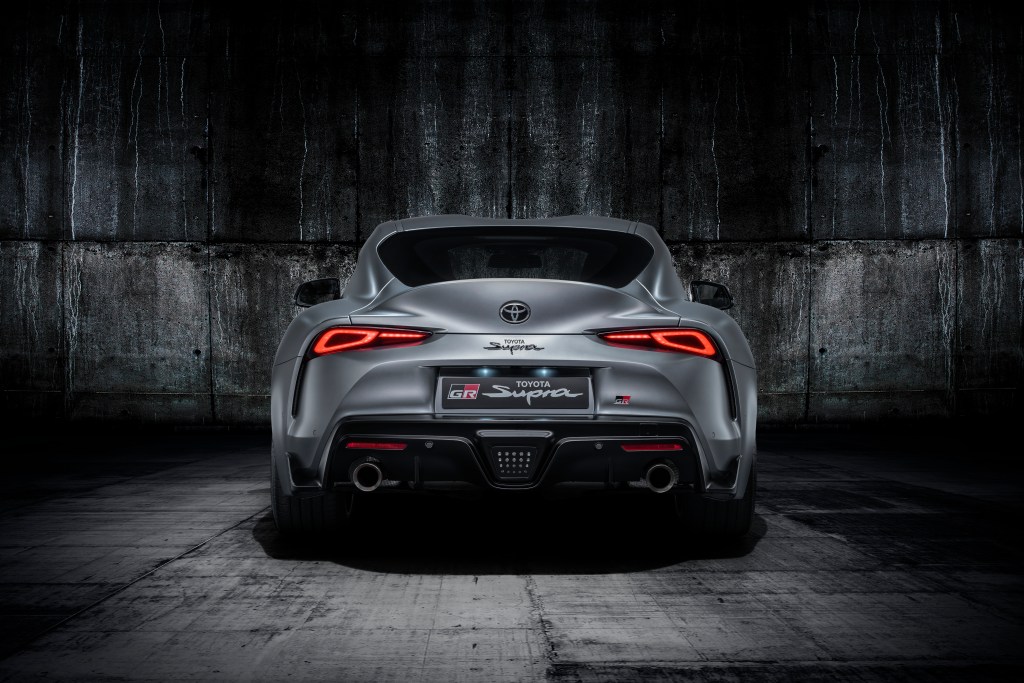 One of the interesting hints of Gazoo Racing’s involvement is the inclusion of the WEC style rear fog light placed in the middle of the diffuser, alongside those rather large looking exhaust tips, which look like they are bucking the current trend of fake exhaust tips, something Toyota isn’t innocent from. The diffuser isn’t too crazy in the aerodynamics department, appearing to have some slight complexity too it but nothing out of the ordinary for a modern performance vehicle, and quite tame in the grand scheme of it. 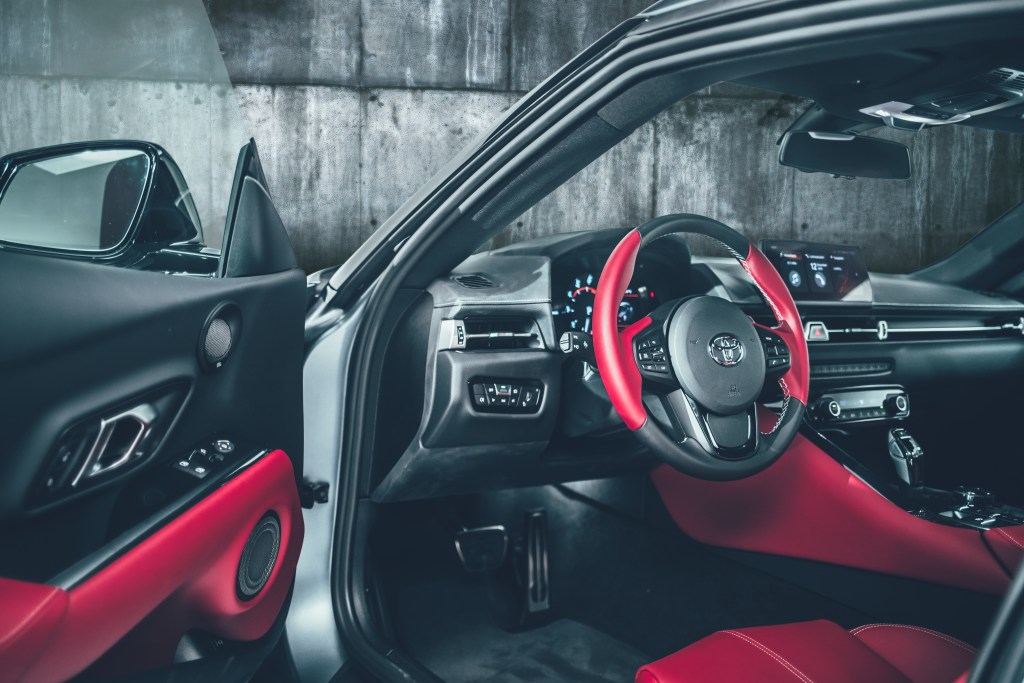 Considering the rather talked about involvement of BMW in the early stages of the Supra’s very leaky development, the interior infotainment system does look suspiciously BMW-like with a system that resembles the iDrive system quite well, which isn’t necessarily a problem as I think the iDrive system is one of the best in the business for giving you actual buttons to press instead of faffing around with the touchscreen controls. The red and black interior trim featured here is available on the limited edition A90 Supra, of which 90 will be made and finished in the matte Storm Grey featured in the images, with black alloy wheels. 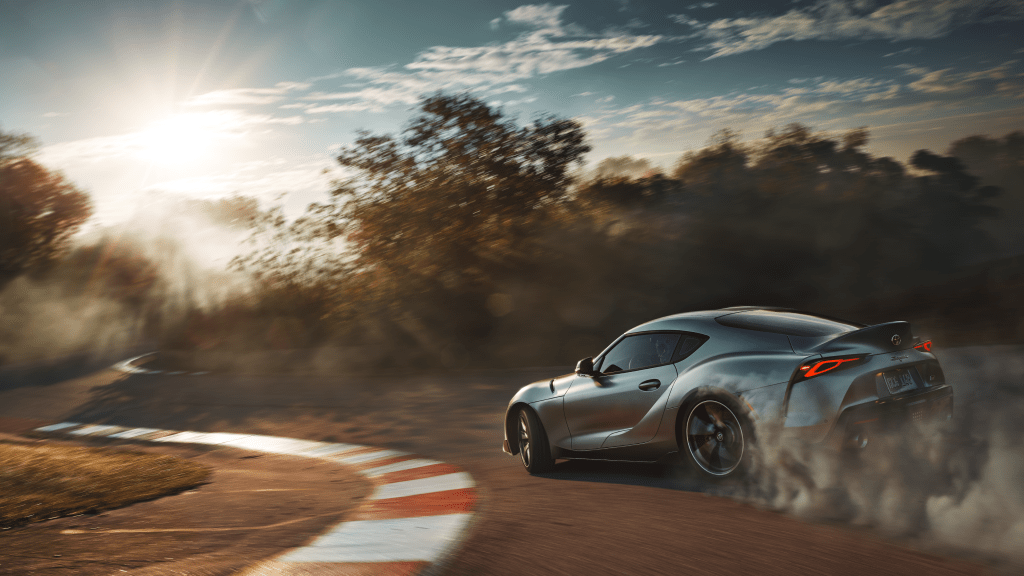 Starting at £52,695 for the base-model Toyota Supra, it looks to be a competitive car with the Pro trim starting at £54,000 and the A90 edition costing roughly £56,000 for the first 90 customers. It’s sounding like a good price for the car, and with the infamous A80 Mark Four Toyota Supra costing around £52,600 in today’s money from 1998, perhaps there is a new renaissance on the way for the 90s JDM heroes.

The 2019 Toyota Supra is expected to start arriving to the first 900 lucky customers in Europe in the late summer of 2019, and as a reward for being the first 900 people to reserve the new car and put their trust in Toyota, they will receive exclusive gifts from Toyota. The first 300 Supra reservation holders received exclusive Amazon Echo devices wrapped in a custom A90 camouflage wrap.  The Matte Storm-Grey A90 Edition featured in the images in this article will be offered to the first 90 European customers to place an order for the car.