The next mid-engined supercar from Aston Martin is finally here, as part of the new era that is overcoming the classic British marque under the leadership of new CEO Andy Palmer. The Valkyrie derived RB 003 is set to follow the footsteps of it’s Valkyrie big brothers. 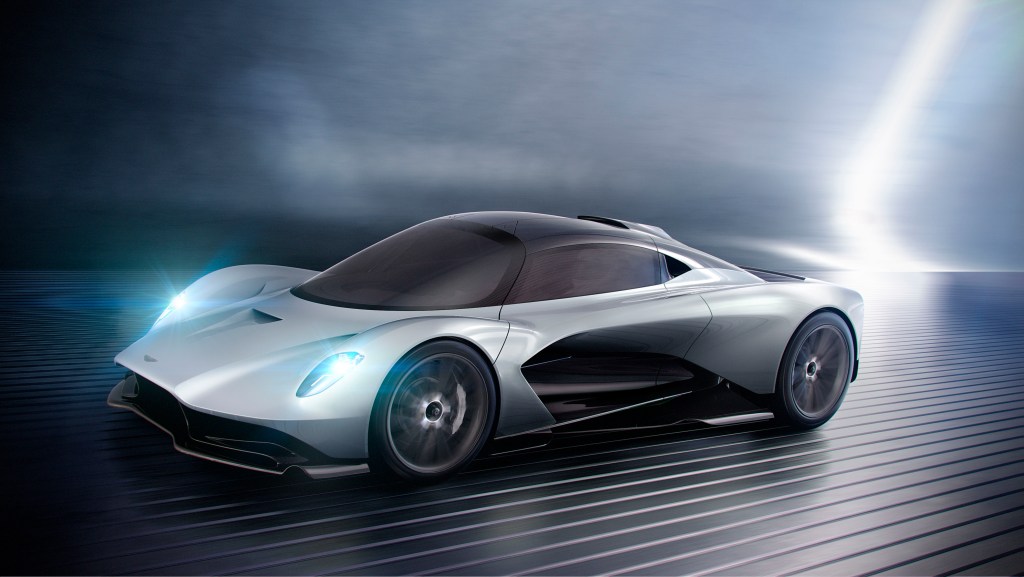 In its past life, the RB 003 was known simply as the Project 003, and the RB in the new name may be obvious to some who are up to date with Aston Martin’s recent motorsport endeavours, and it is related to a brand that fits in with the nature of the car: A very high energy, hyperactive energy drinks company known as Red Bull. Together with Red Bull Advanced Technologies, the RB 003 has been developed with performance at heart using Red Bull’s F1 derived tech to enhance the experience and make a cracking car for going fast.

The first F1 derived tech the Aston will use is a turbocharged V6 engine, using some hybrid power. Unfortunately, with no production model currently out there, we don’t have any power figures to show you from this wonderous piece of engineering, but I’m sure it is going to be bloody brilliant. 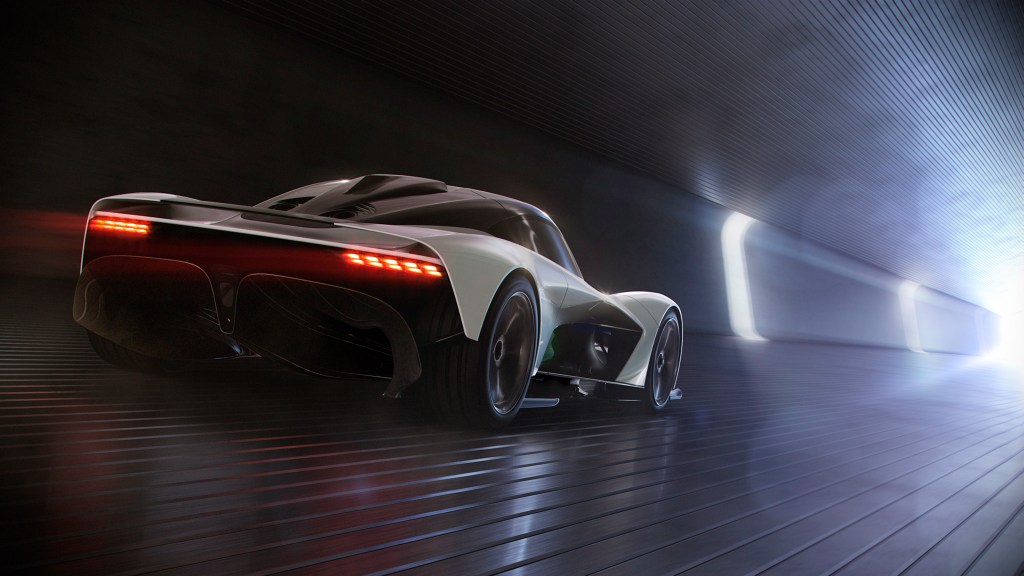 Whilst the 003 is akin to its siblings, the Valkyrie and Valkyrie AMR, in styling it will be making some more concessions in favour of the comfort and usability of the car to make it a bit more “practical”, as practical as a mid-engined supercar with design help from an F1 team can be… Miles Nurnberger, the director of design at Aston Martin has said that it is important to know that the 003 is the distillation of the Valkyrie and not a dilution and that although it does concede on some parts to help the 003 be a bit more usable for the customer, but it does have similar concepts of the Valkyrie in its aero design and even some evolutions over the Valkyrie, to make sure this car is super slippery through the air, like an eel on crack. The bulk of the downforce is generated through the underfloor of the car, the rear diffuser looking like a massive abyss of aero goodness, and the car will benefit from “next-generation aircraft morphing technology” to create an airfoil across the entirety of the rear wing. Now that sounds fancy. 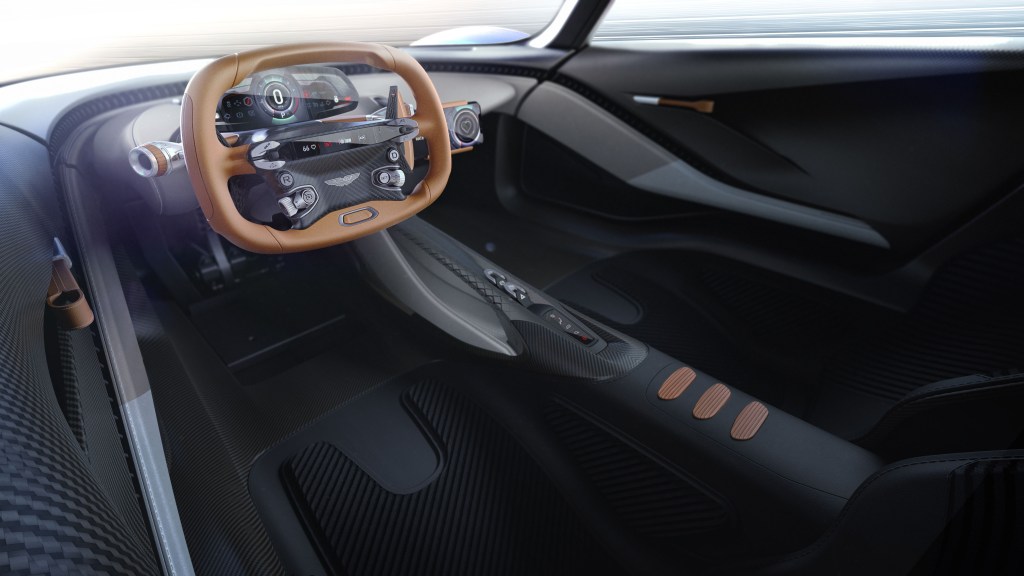 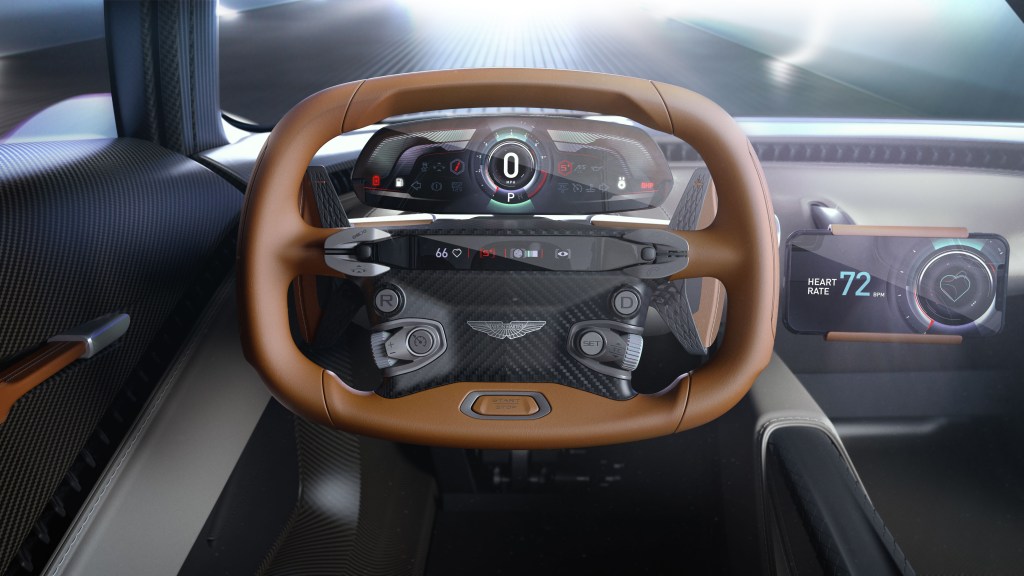 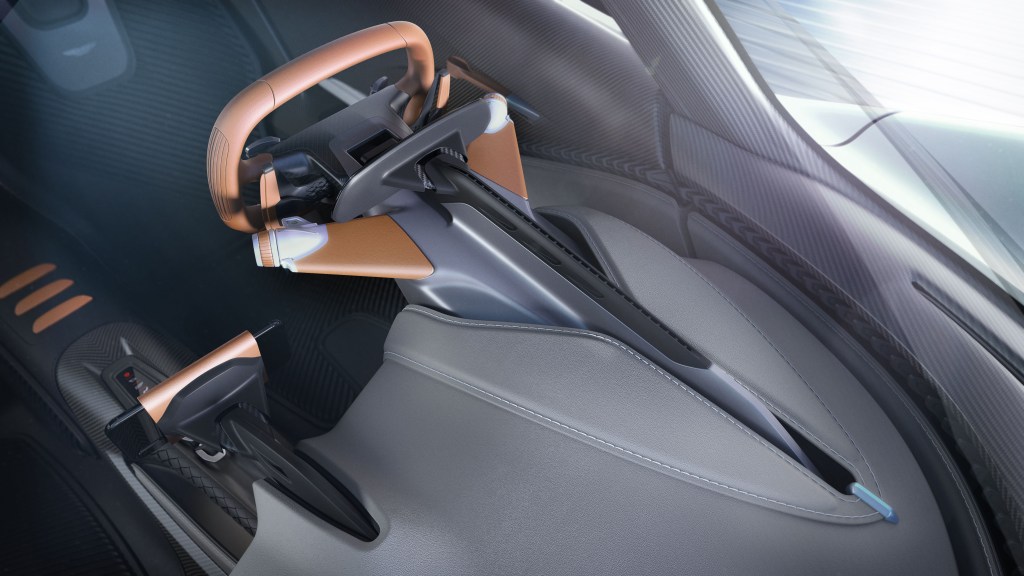 The cockpit of the RB 003 is something to behold, using LMP1 style doors to create a larger cockpit by integrating the roof into the doors, giving you a little bit more headroom similar to the older Ford GT40 and the actual GT40 race car. A large amount of the interior pieces are obviously dedicated to weight saving, and Aston Martin has been creating 3D printed carbon fibre bits and bobs to save up to 50% of the weight over a traditional carbon fibre piece, for example in the centre console which still has functioning buttons. This progression in technology is why Aston Martin is now referring to the car as more of a Space-Craft, as it is space age technology mixed with traditional craft. We will learn more about the amazing performance promised by the RB 003 as the development process continues, including true downforce figures to show the true capabilities of this new chapter in Aston Martin’s history, and along with Red Bull Advanced Technologies it is set to be an exciting chapter at that.

Ever since Aston Martin CEO Andy Palmer took the helm in October 2014, the brand has been transforming into a truly modern and cutting edge brand with new cars and evolutions of previous models like the new Vantage and Valkyrie cars, and a healthy relationship with Mercedes-AMG to help them with producing the engines the company has been propelling itself to the top of the food chain once again in the high-performance car industry. With an increasing presence in Motorsport series such as British GT, Blancpain GT, Super GT and DTM, Aston is back in business reliving the glory days that they seemed to be missing out on over the last few years. A healthy relationship with the Red Bull Formula One team has helped it along tremendously and it looks like their meteoric rise to further fame and fortune is never ending.